For nearly two decades I’ve fished steelhead on the Canadian side of the Great Lakes. Meanwhile, yesterday was my first time casting to steelhead in Pennsylvania’s Steelhead Alley on Lake Erie’s south shore. I was with Chris Shaffer of Pautzke, on the fourth of a five-day sports/fishing expedition. After catching a college football game the night before in Morgantown we left Pittsburgh Sunday at noon and caught up with Joey Usher of SWPA Fishing around 2:30pm leaving us fewer than two hours to fish.

The weather has been ugly lately. Falling temperatures and some precipitation/snowmelt left many area rivers high and dirty leaving us unsure if there were going to be fishable creeks when we arrived. Thankfully, Usher did some recon and found a local creek with fair conditions. The water was dropping and clearing in front of our eyes. In fact, by the time we arrived we could see steelhead in the hole with polarized glasses. Usher said the water had cleared substantially from when he first checked things out earlier in the day. 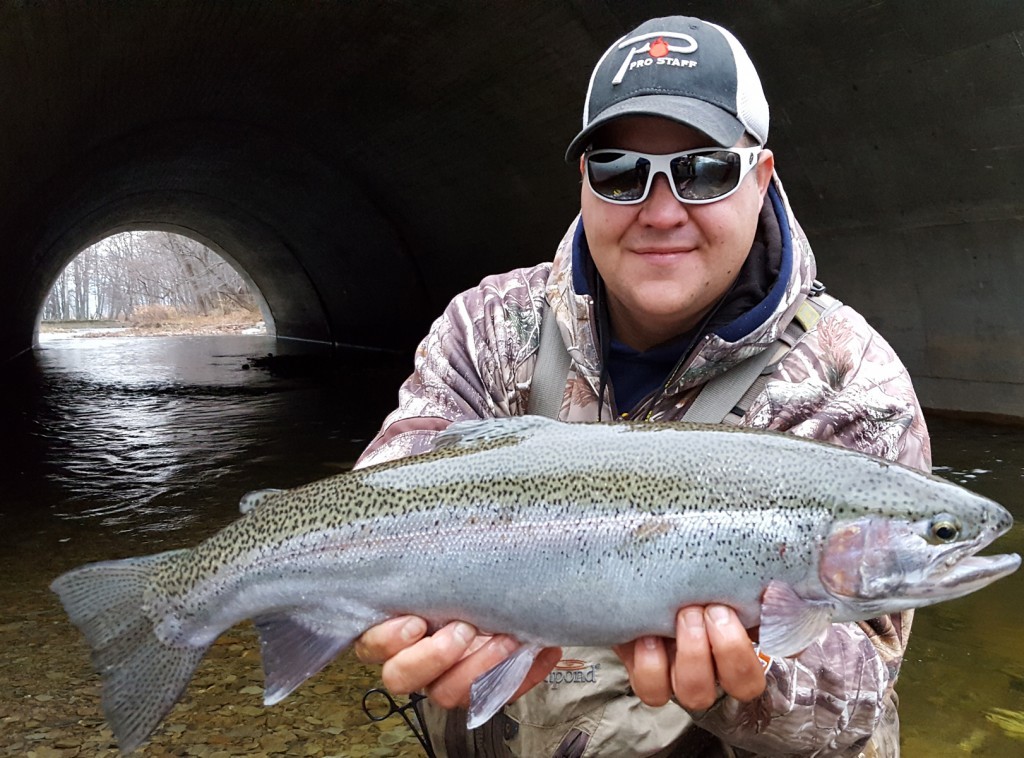 Like many creeks in Steelhead Alley, this Erie tributary had a picture perfect setting complete with a small waterfall and large pool at the base. Expectations were high. We expected the river to be loaded with fresh fish steelhead following on the heels recent precipitation.

Due to the clear water and fishing pressure we downsized our tackle. We rigged up size 16 hooks under two-gram clear bottom floats with six-pound main line and six-pound fluorocarbon leaders. We used bait exclusively, running single Fire Brined salmon eggs and Fire Brine trout eggs tied up in small roe bags. I ran a variety of colors. Although I had the best results on natural, Usher brought an assortment of Natural, Pink and Blue Fire Brine eggs.

It didn’t take long to hook up. I landed my first Erie steelhead in minutes. In fewer than two hours we landed five steelhead and lost at least that many. It was a fun afternoon and worth missing our lazy afternoon we had planned in beautiful Erie. Not knowing anything about the region I was impressed with the fishery. It’s beautiful country with picturesque creeks and at least one that was loaded with steelhead. It made for an incredible fall fishing trip. 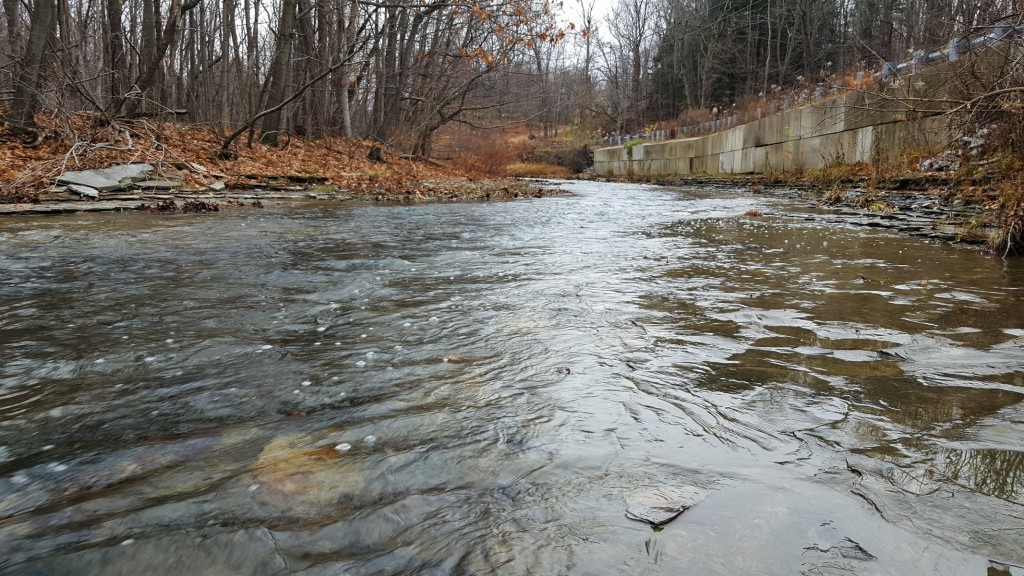 Editor’s Note: Tom Armstrong is based in Thunder Bay, Ontario, Canada, which is a 16-hour drive northwest of Toronto. He also fished Spring Creek in Central PA, which he’ll write about in his next blog. To learn more about Armstrong please visit http://www.tomarmstrongoutdoors.com. For more info on SWPA Fishing please visit https://www.facebook.com/FISHSWPA. 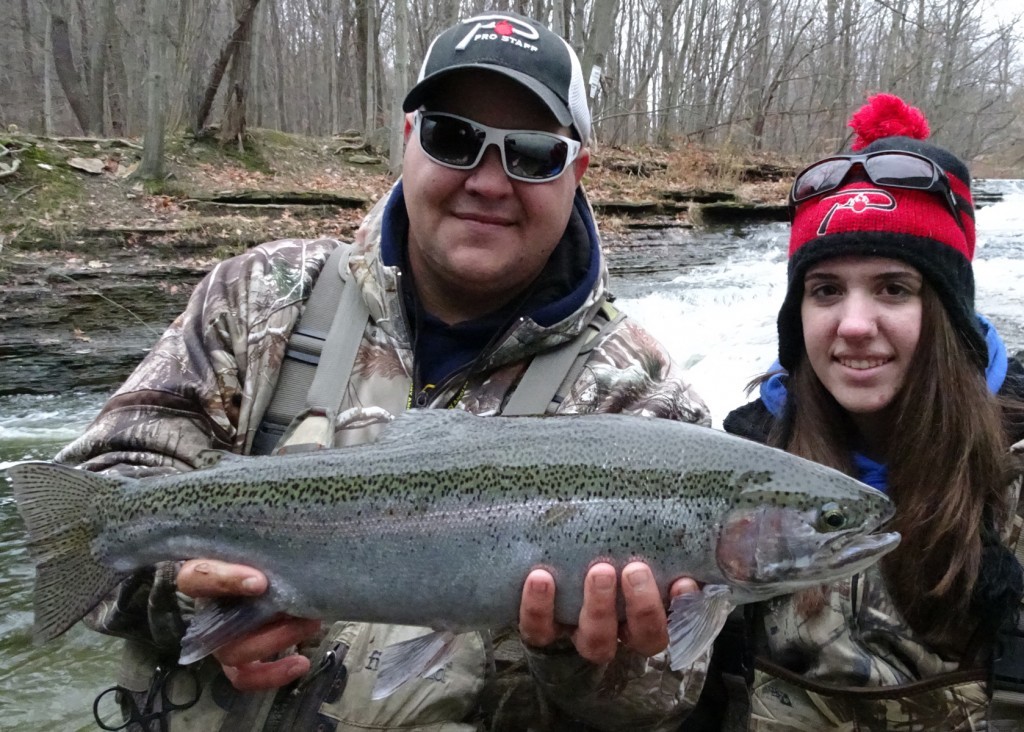