This year’s spring steelhead season has seen smaller numbers of migrating steelhead compared to the last three years. Although fishing has been decent, we’ve had to grind it out when a fresh run wasn’t coming in. I believe the steelhead run is smaller because of the hot summer we had four years ago. Rivers that held juvenile trout in the summer of 2012 were low and dry in some places, which have had negative effects on this year’s return.

On the bright side rivers are higher and colder than the last few seasons, so I believe the future is bright. These conditions will likely permit steelhead action until mid-May in Southwestern Ontario. Meanwhile, trout season opened last week and I’m catching a few fresh, pre-spawn fish mixed in with the spawned out steelhead making their way back down to the lakes. 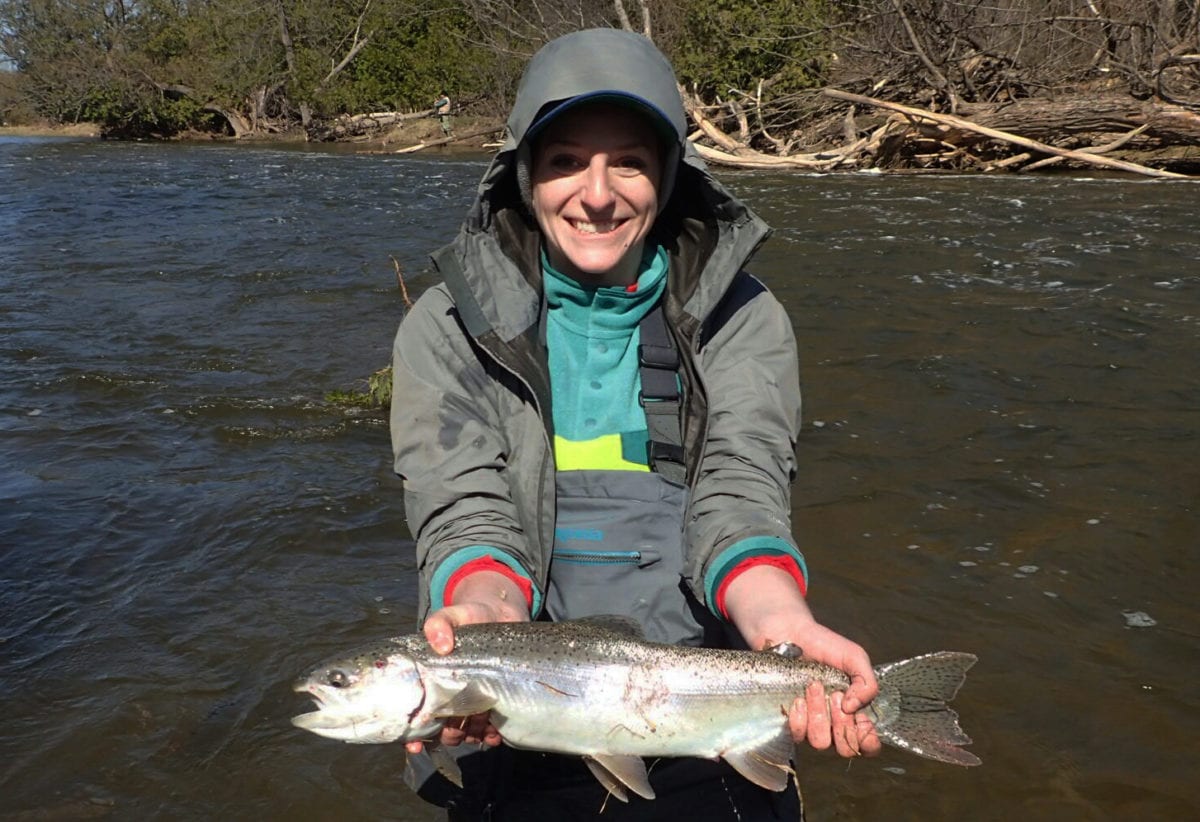 I’ve been catching trout and steelhead on bait, most notably fresh roe cured in Orange Fire Cure (some use BorX O Fire) and tied in netting. A general rule of thumb for steelheaders is to fish big or small roe bags according to the water conditions you are facing. I normally tie quarter-sized bags or larger. Fresh, unpressured fish are usually willing to bite regardless of the size of your offering. However, there are times when I downsize to dime-size, and smaller, roe bags during a tough bite. This generally happens when the water is heavily pressured and clear. 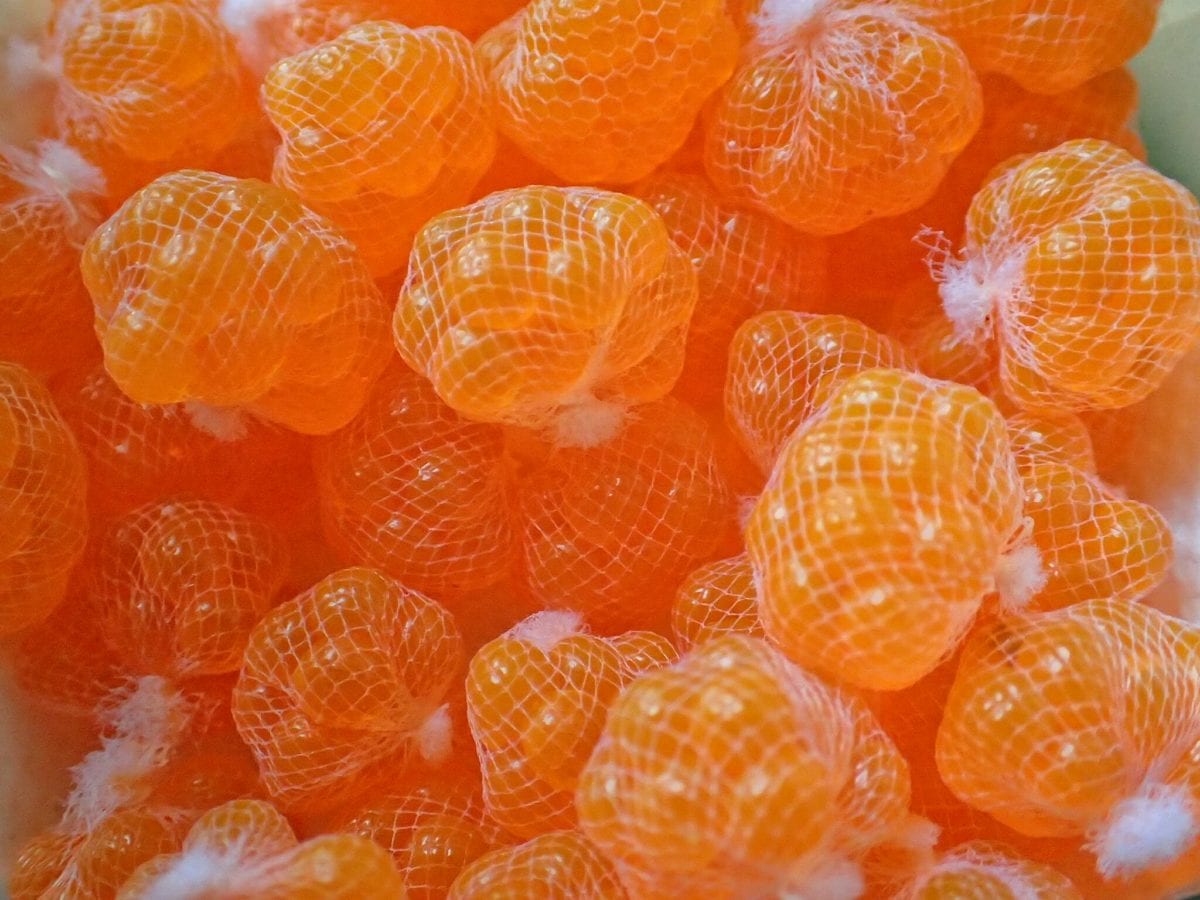 Prior to last week, many anglers waited months to fish their favourite spots that have been closed since the fall or January 1. Now that they are open Lake Ontario tributaries such as the Credit, Ganaraska, Bronte and many more have been producing steelhead in the upper stretches. The Niagara River has also been very good, too. Georgian Bay and Lake Huron tributaries such as the Saugeen, Beaver, Bighead and Nottawasaga have been productive, too. 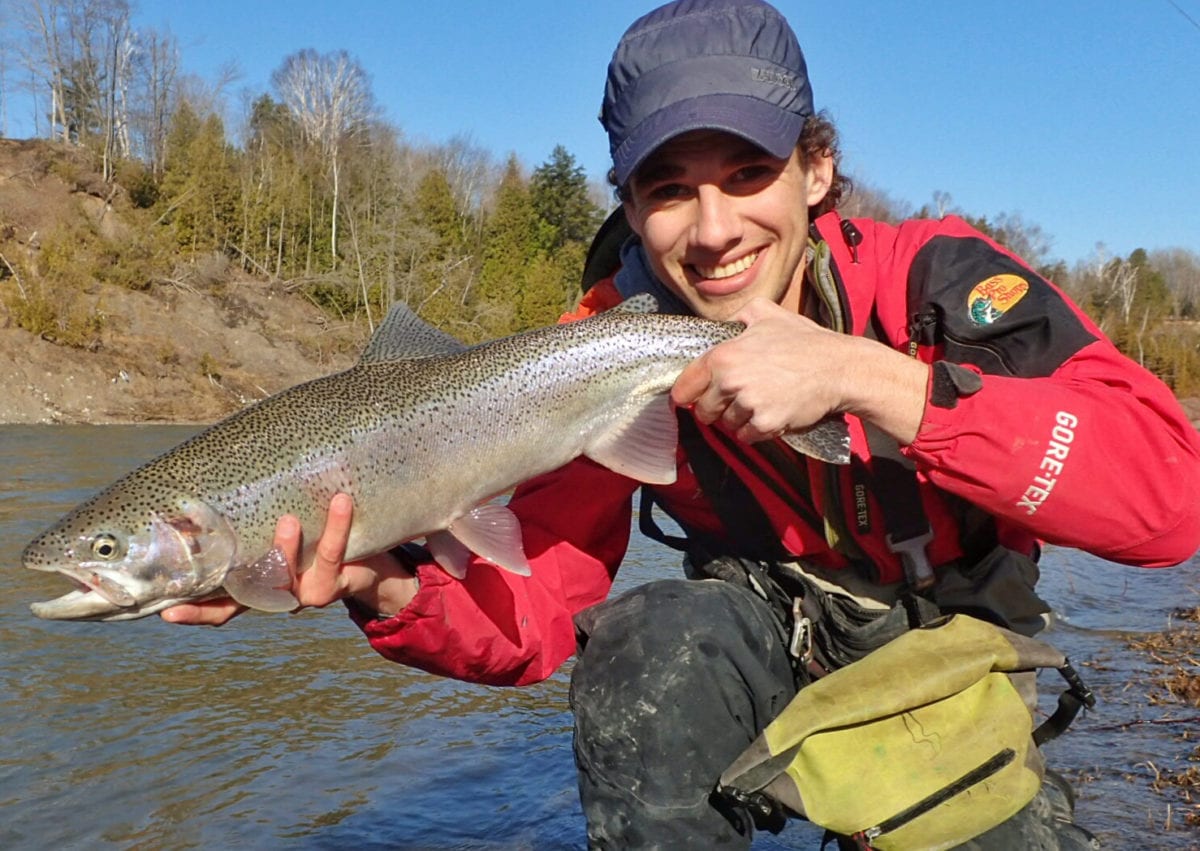 Resident brown and brook trout are showing, too. Fishing for any species of trout in Southern Ontario is good early in the spring. Nonetheless, the bite expires as warmer summer weather approaches. 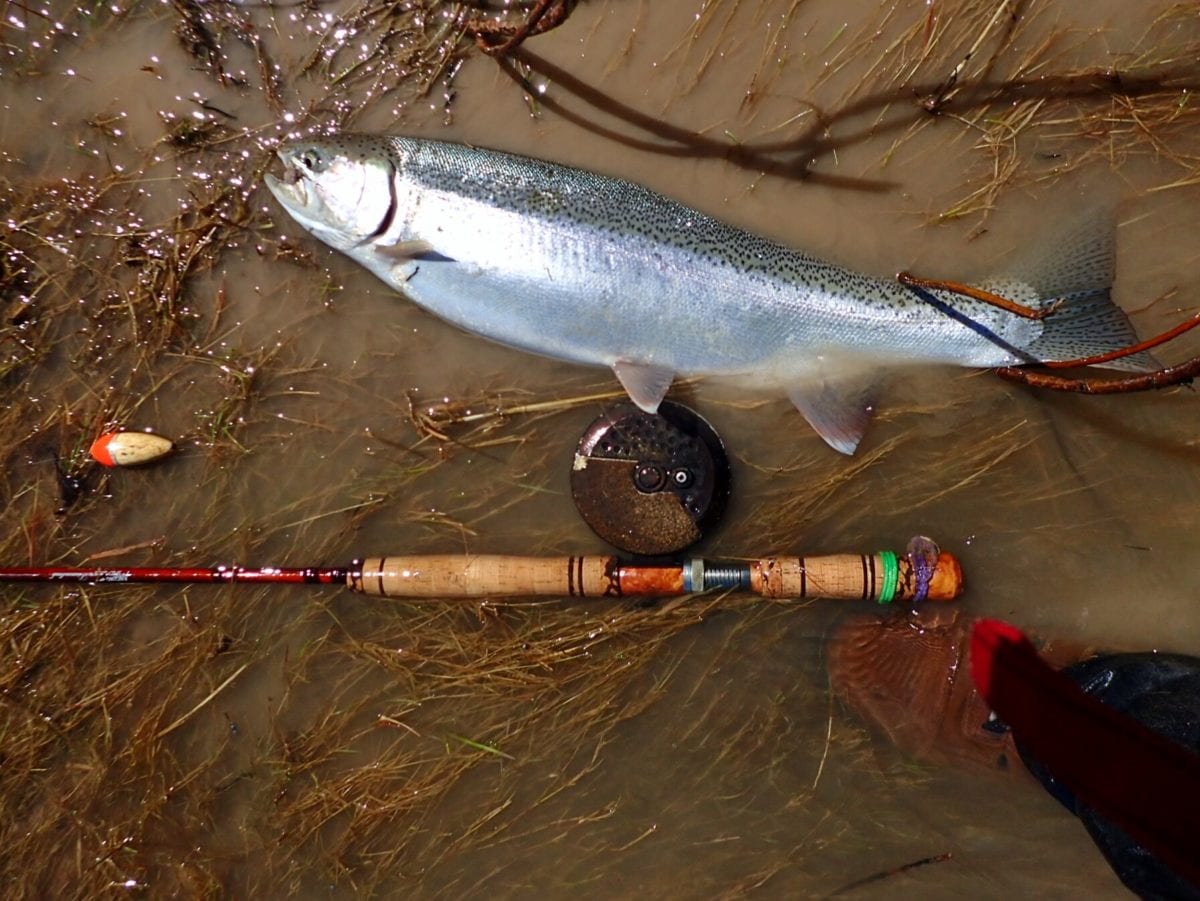 Something to consider, steelhead are spawning. Please be cautious wading around redds if you are planning to cross or fish in a river. A Redds is the spawning area (normally gravel) where steelhead lay their eggs. When spotting spawners on redds leave them alone so we can enjoy catching them in the future.

Leaving redds alone there are many places to fish the next few weeks. Since most steelhead have spawned there are plenty of down runners (fish headed back to the lake) to be caught in pools, riffles and deep runs. Keep in mind, with the better weather our rivers will see traffic the next few weeks as the season fades. I find the best fishing waits away from the crowds. Don’t be afraid to walk away from easy access points and practice catch and release when you can. 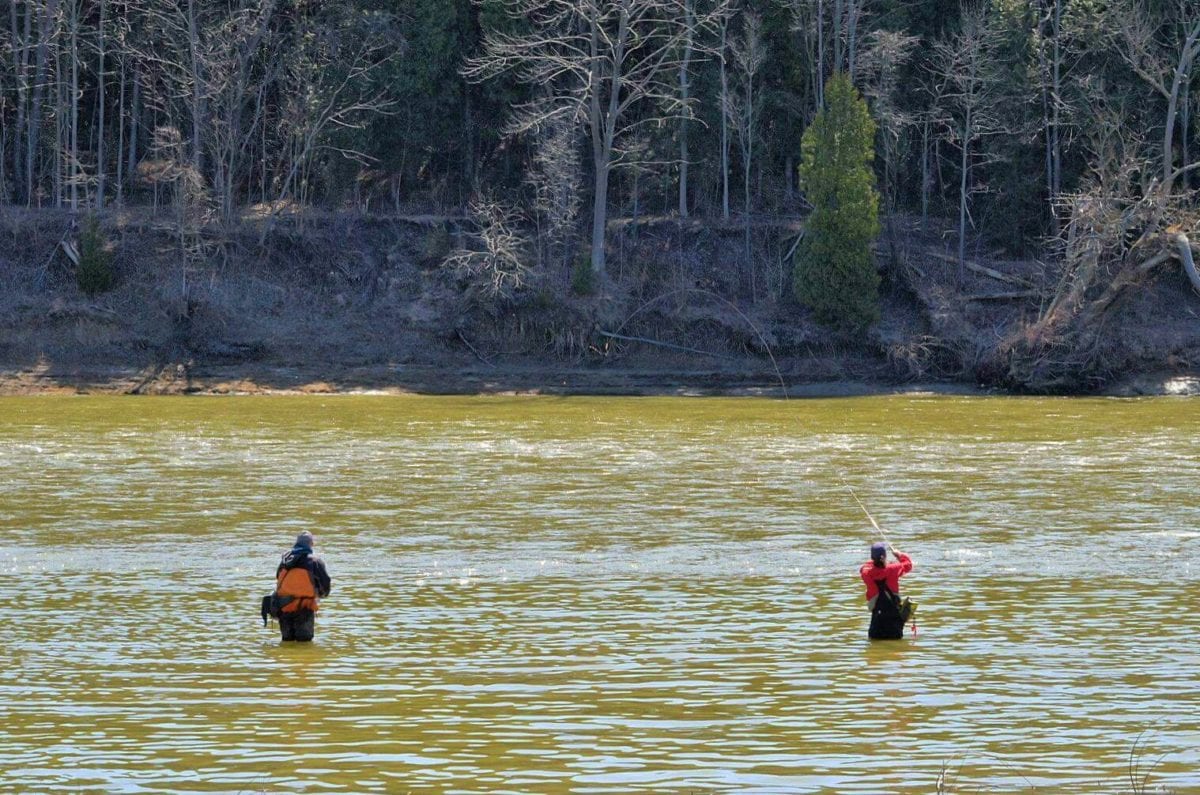