After being spoiled for many years some anglers are going to have to work harder to catch limits at Buoy 10 this season. According to the predictions we aren’t going to have very many Chinook, but there should be a decent coho run. This is according to the predictions. The guys fishing in the ocean already this season are saying predictions seem to be true. In the ocean they are catching coho and a few kings now. I think Buoy 10 is going to be slower than the last few years.

On most days you should be able to catch a limit, but it’s going to be harder to do than we’ve been accustomed to the last few years. And, we only get to keep one fish this season where in year’s past we got two. The only saving grace is I expected less people to go fishing due to the negative publicity that’s out there. When less people are out there those who are out there catch more salmon. I expect our boat to catch our limit every day. 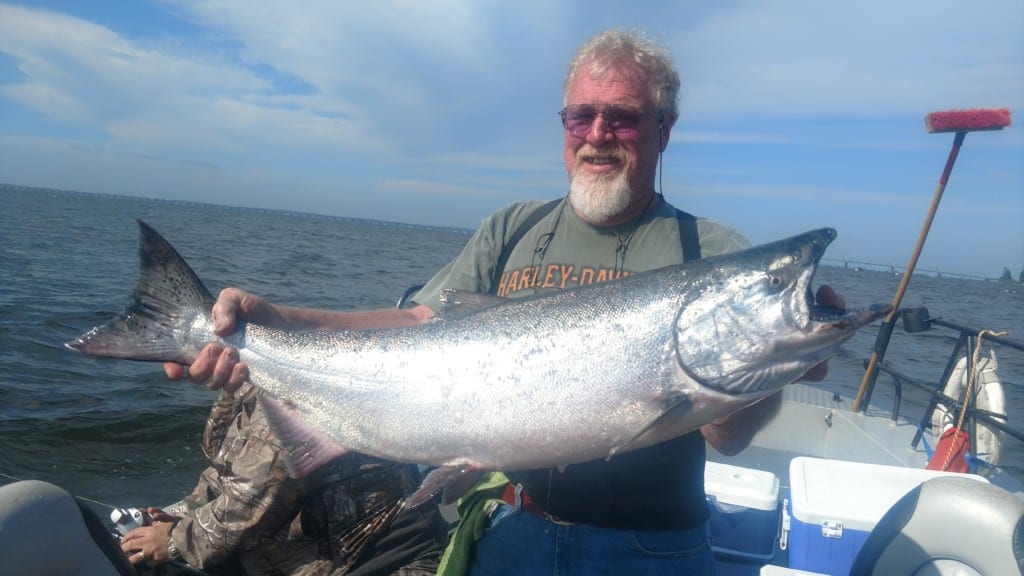 There’s going to be plenty of fish around. Anglers are just going to have to work harder. I expect fishing is going to be ok now and then improve toward the end of the month. There’s going to be Chinook and coho around, just not the record returns that we’ve been spoiled with in recently years.

The four-and-five-foot tides are better king tides and are easier to fish. The eight-foot tides are the tough ones because there’s so much water moving. On the lower tide exchanges the water is slow and easier to fish. In short, the smaller tides offer better fishing. With that said generally you want to fish two hours before high tide, through the high slack and then two hours after. Most of the time I fish four hours before the high and four hours after as we fish eight-hour days. It also depends on what time of day these tides are. If the good tide is at 4 am you aren’t going to be able to fish it. 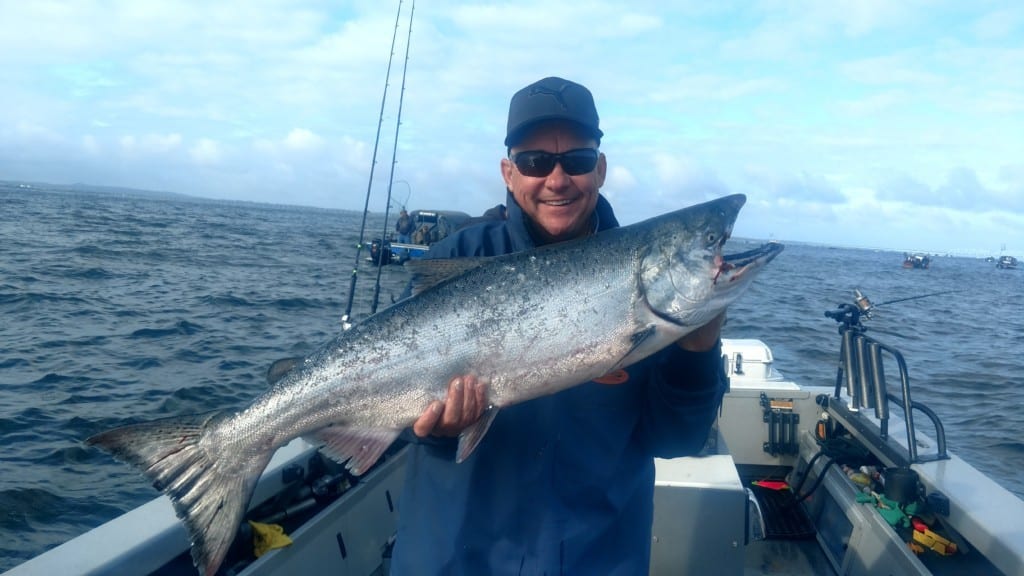 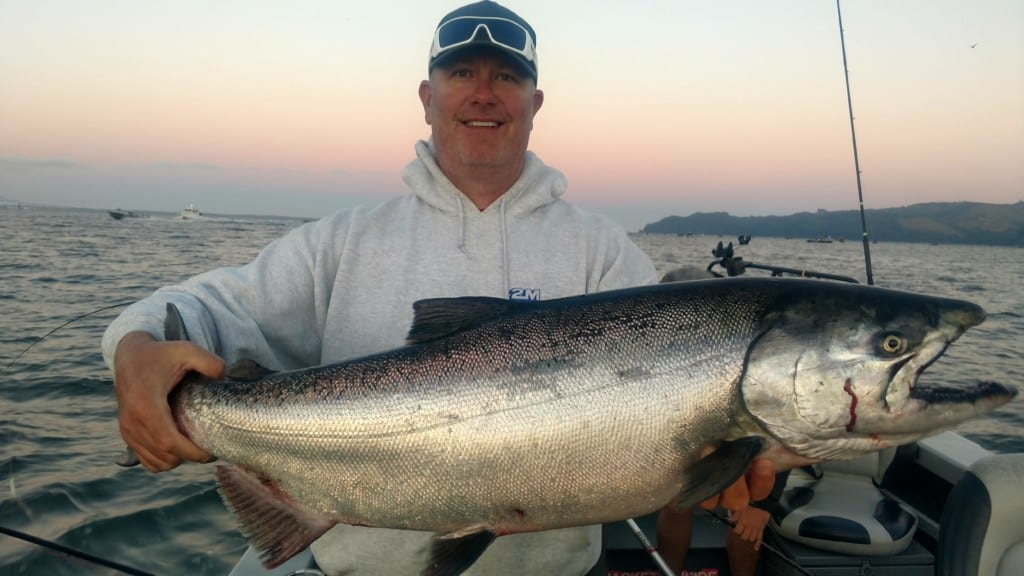 I haven’t started fishing yet this season. However, last year 11-inch Pro Troll flashers with a Brad’s Super Cut Plug was one of my hottest setups. I stuff tuna out of the can into the cut plug. These salmon are krill eaters so I scent the tuna with Fire Power (krill powder). Otherwise, a standard set up with a Big-Al Fish Flash and Chartreuse, Blue or Natural Fire Brine herring or anchovies was good. This should hold true again this season. 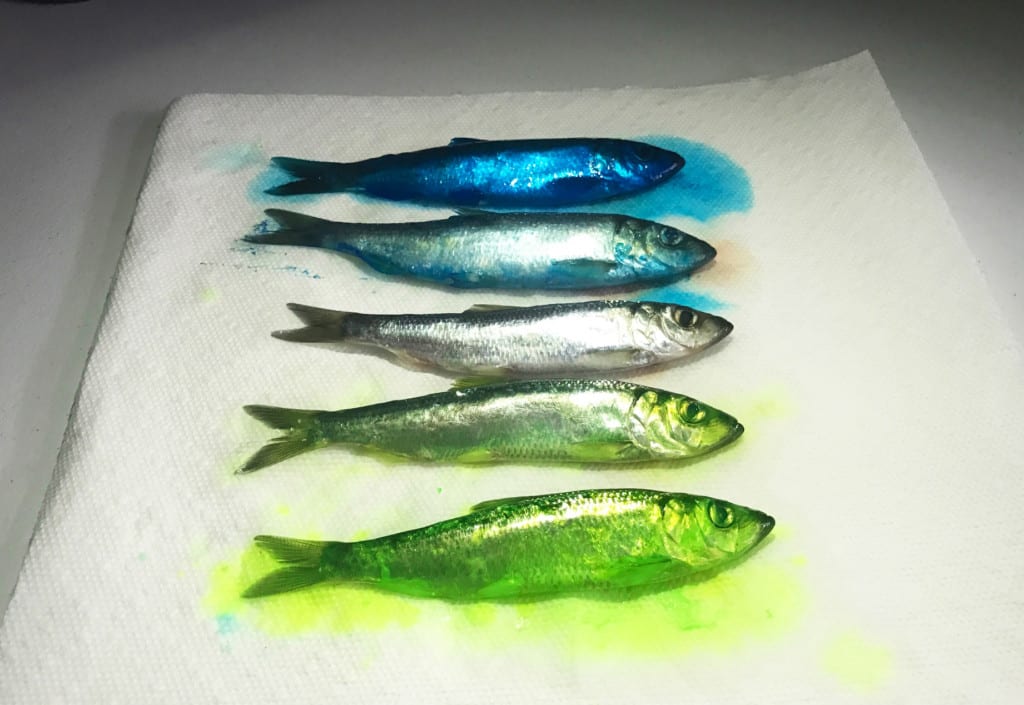 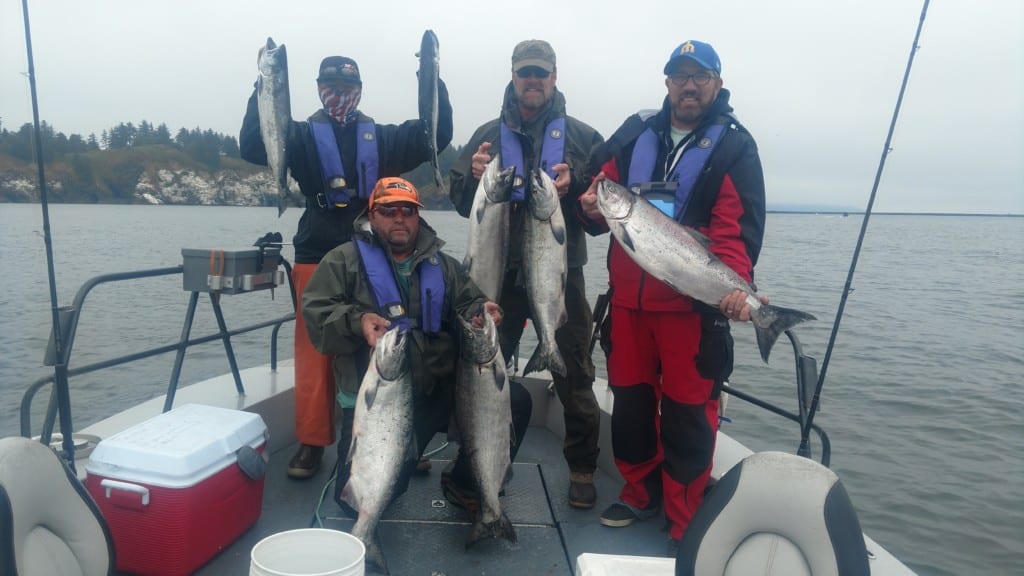