It’s no secret we’ve used the Chartreuse Fire Brine for the last three summers up on California’s North Coast. In fact, the entire fleet out of Eureka is using it. This summer has been no different for most. However, I’ve found a new twist for my brine that I’ve been using daily.

No longer am I just using Chartreuse Fire Brine. I’m now adding chartreuse Fire Dye to it. I like the fact that it makes the baits pop even more in the water. I’ve always used the brine because it toughens the bait up and makes those scales shine, but with the brine doing it’s job and the pop from the dye our bait is even better. And, it makes a big difference at times when the salmon aren’t as concentrated, like it’s been this summer. 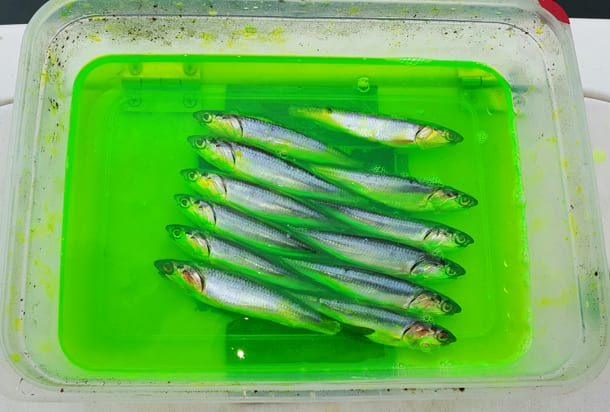 It makes the whole body green and even the meat green. The funny part is today our last fish had two of our green baits in its belly when I cleaned it. You know really easy when it’s our baits because of the color. The other charter captains use the Fire Brine around here, but they do it the morning of and I do it the night before because the colors are that much more vibrant. Regardless, these West Coast salmon are focused on chartreuse baits.

Our water has been really clear this year, but when you put the dye on it in addition to the brine it stands out. It’s like putting a candle in the water. Chartreuse is known to attract salmon. The more chartreuse I can make my bait, the better.

Brining and dying your baits with Fire Brine & Fire Dye takes no skill. The hardest part is probably opening the package of bait. After that, you simply mix the dye and brine with your bait and it does all the work.

Open package of anchovies. Place cut bait into container. Keep in mind, this works on herring, sardines and any other meat bait too, regardless of what cut bait you are using. 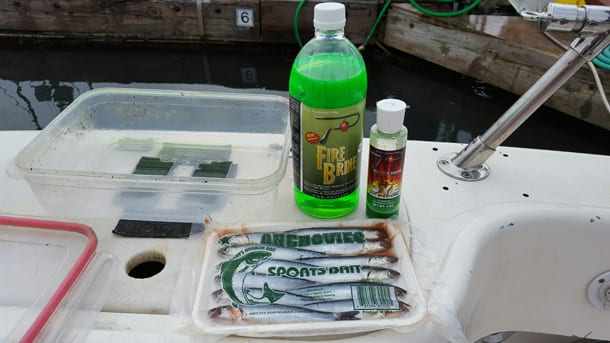 Squirt Fire Dye on the top of the bait. You don’t need to put much. I’ve been using about one-ounce per three trays of bait. I always brine three baits of brine at a time (36 baits). 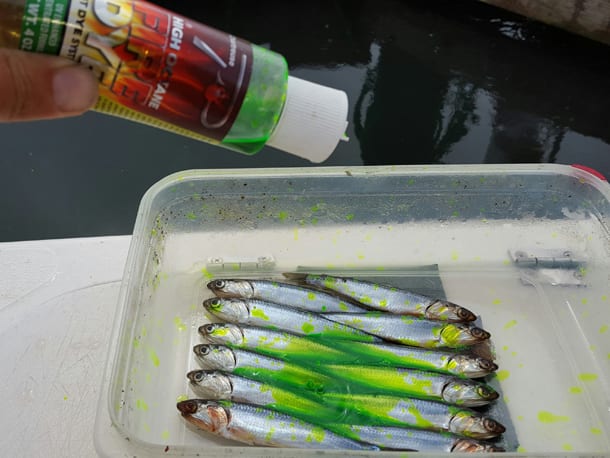 Step 3: Add Fire Brine. You want to use enough to cover the bait. I’ll use about ¾ of a bottle per 36 baits. Make sure you cover the baits. You want them to be floating. The brine and dye will mix on their own. Also, don’t try to reuse the brine and dye. As the brine works the baits absorb the salt and sugar and other agents in the brine. After that happens there’s only a weak dye left in the water. 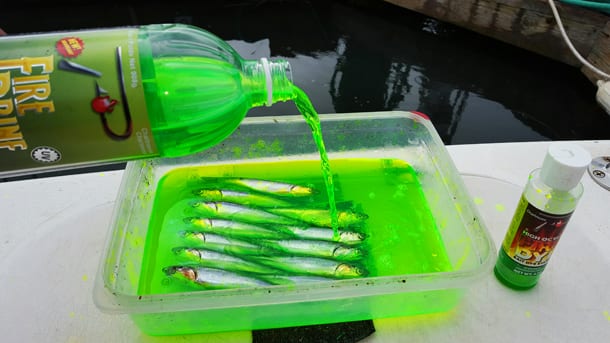 Step 4: Sit and wait. Keep the brine in the fridge overnight and you’re ready to fish in the morning. The best part is even if your bait gets warm it still fishes the next day. Due to the brine it doesn’t blow apart. Without the brine it would be a mush pile. 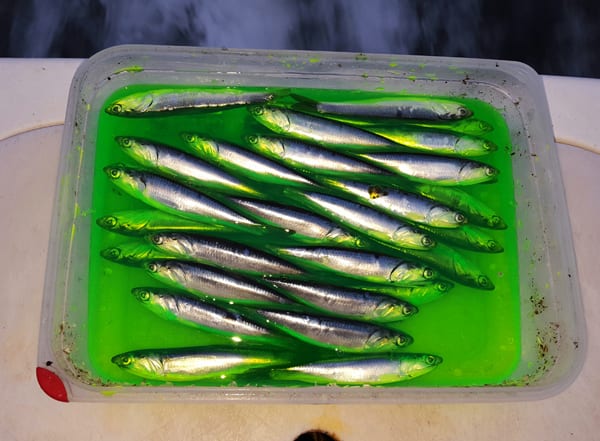 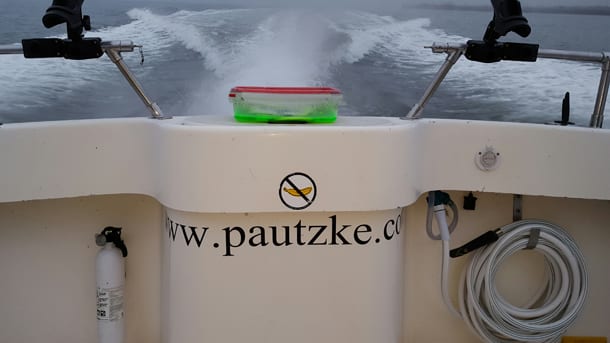