We’d only been fishing roughly an hour when Steven Theel saw one of our three trolling rods pegged over. He grabbed it, battled a 20-pound Chinook, brought it alongside the boat and guide Mike Barksdale of Fish Extreme swooped in with a pair of pliers and released it.

“Another damn Chinook,” Barksdale said. “I don’t know what we can do to stop catching these. I know there’s Coho around, but there’s so many of these kings that we can’t get any Coho.” 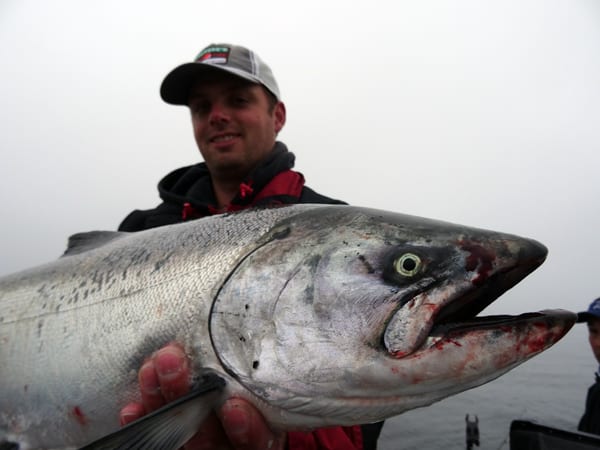 Rarely would anyone complain about catching kings. Meanwhile, the three of us fishing with Barksdale early that morning had already caught easy limits of Chinook. In fact, we were tagged out in the first hour. We continued to target Coho, on the other hand. In previous days the ocean was loaded with them. On the other hand, this pile of kings was so aggressive they weren’t letting the Coho join the frenzy.

It had been fewer than two hours since we launched in Chinook, WA, and crossed the bar into the Pacific. Barksdale told us it’d be an easy day on the water, but I had no idea catching quality kings would be this easy. This was way better fishing than heading to a remote Alaskan lodge. In fact, it was too easy. 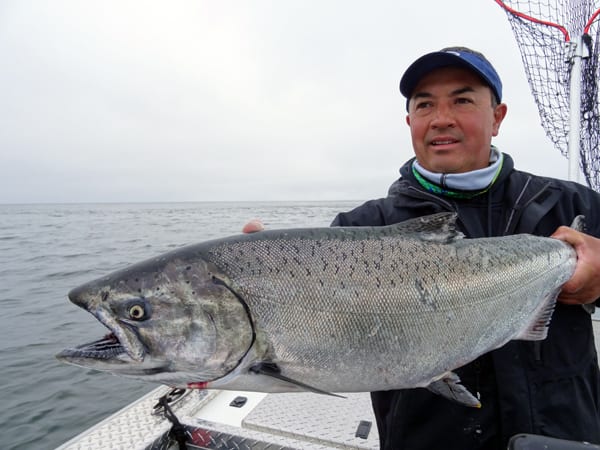 Facing a thick blanket of fog I knew we were somewhere between Ilwaco, Long Beach and Oceanside and seemingly on a big lake rather than the often rough and choppy Pacific Ocean. We saw guide and charter boats littering the shoreline as we continued to troll in hope of a few Coho. Some of the guide boats ran into the same success we did, while others struggled.

While many of the pros we fish with on the West Coast are big on Blue, Purple, Green and Chartreuse Fire Brine herring and anchovies, Barksdale doesn’t do color. He focuses on what he believes the fish are eating and brines all his cut bait in Natural Fire Brine, exclusively. All our fish were caught on the natural brined baits.

“I’m trying to match what these fish are eating in the ocean everyday and when you brine them in the Natural Fire Brine they stay firm, don’t break apart and shine in the water,” Barksdale told me. “It’s been working for me everyday so there’s no reason to try other colors, even though I’m sure they’d work.”

As salmon continue to pile into the greater Astoria area before swimming up the Columbia River brine will be a hot commodity. There’s a good chance you won’t be fishing on the lake we did that day, but with Natural Fire Brine baits limits can be easy. 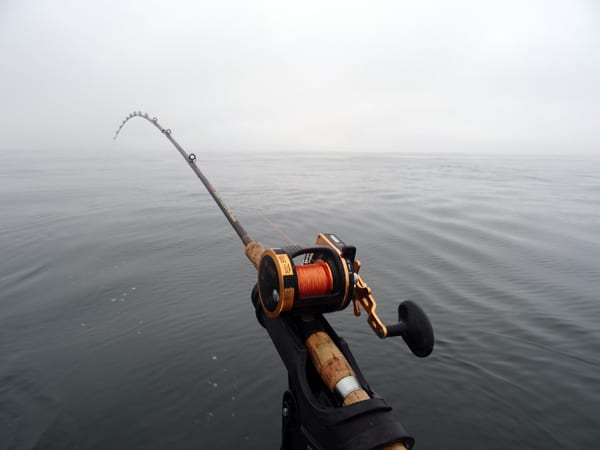