What we are seeing now is the remnants of great ocean conditions in previous years. The last five years when those smolts left they have had super upwelling and good feed. That’s why we’ve had such an epic fishery for Tillamook and Buoy 10 and up and down the Oregon Coast.

We are in the peak right now. October 1 is the peak. However, I’ll fish the bay through mid November. We have another month of solid salmon fishing. I’m seeing more bigger fish this year than I have in a long time. We have great numbers and lots of big fish. I’m sending in photos of 30 to 35 pound fish that I haven’t seen in a few years. 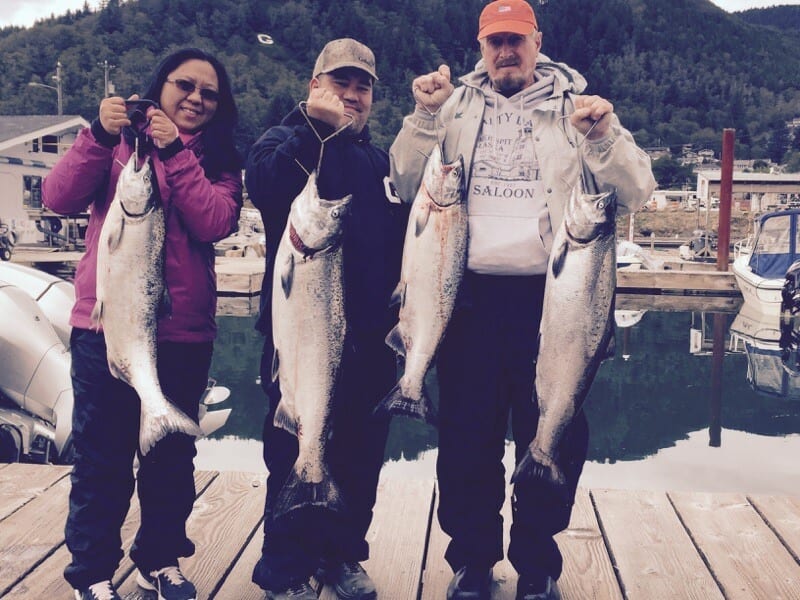 When I’m fishing in the lower bay it’s a bait fishery. We are herring fishing. I’m fishing daily with Blue Label herring (this time of year the herring are larger, so the salmon will bite the blue better) and brining them in Blue Fire Brine on cloudy days and Chartreuse Fire Brine on sunny days. I don’t use Natural Fire Brine much but a lot of guys do. The key to my success has been adding Fire Power (krill powder) religiously. I’m only doing that for the scent. These salmon are feeding heavily on krill in the ocean. It only makes sense to add that krill scent to the brine. 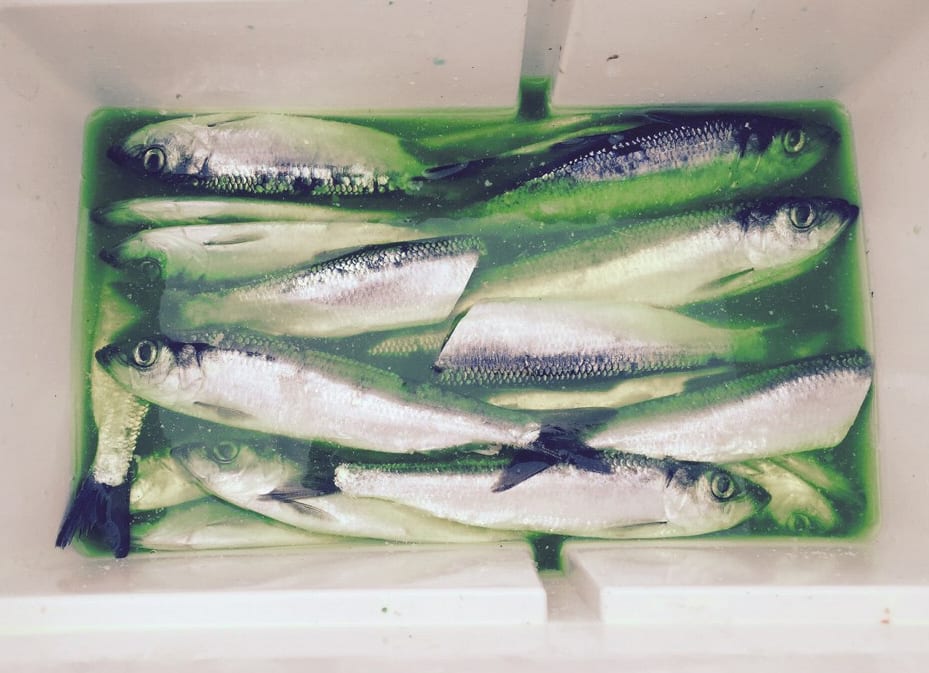 I have more hookups on a soft tide. A soft tide means not a large change in water. My favorite tide to fish is a low tide at daybreak on an incoming tide. If there’s a soft tide there’s not a lot of water change and it’s easier to fish. Us locals call it a holdover tide. When you have bigger tides you have to add more lead to keep the bait down low, you are fighting more current and it’s more difficult to get your bait where you want it, which is why I prefer the soft tides. I see a lot people running 8 and 10 ounces of lead. I’d go heavier, up to 16 ounces to keep the bait down low. There’s more fish on the bottom. 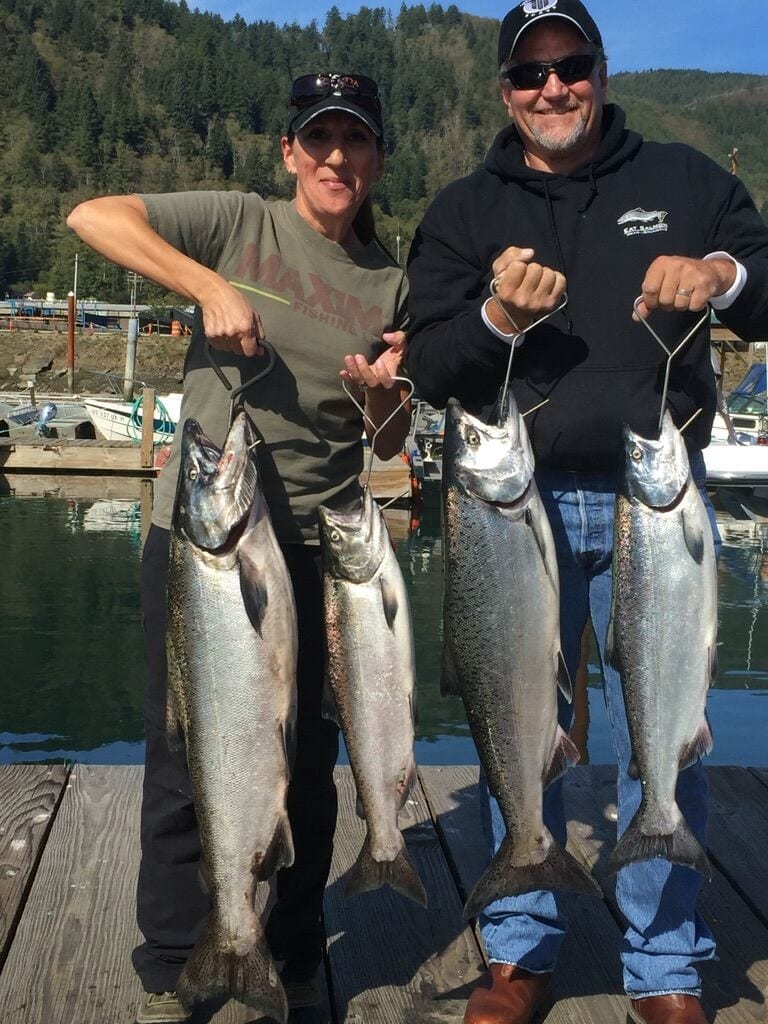 Keep in mind, there’s five rivers that feed this bay. You have the upper bay, which is mostly spinner fishery. The reason being is it’s shallow. Guys also run herring here too, but mostly spinners. Bay City is an area where most guys run herring, as is the Ghost Hole, Coast Guard Station and West Channel. You have to be careful when fishing this channel because there’s oyster beds everywhere. The next spot would be the Lister’s Corner and the North Jetty. If the ocean is nice you also have The Bubble out front. There’s lots of water to cover and lots of salmon around.