Up till a week ago I was telling my clients they need to reschedule or cancel their Niagara River salmon trips because the run was two to three weeks behind due to an unusual heat wave we had around Label Day. It’s been a weird late summer. At the warmest it’s suppose to be in the 70s, but it was 85-90 (F) with 100 percent humidity and it kept our water too warm for the salmon. It was mid summer weather, not what we expect in the fall. The heat wave lasted three weeks. I thought we were in the midst of the worst salmon run in my 26 years of guiding.

However, in the last week, the weather changed and we got cool temperatures and hard northeast winds, which got our run started. I would say it’s about three weeks to a month late. Prior to this there were very few fish around. I don’t think we are going to have a banner run. Meanwhile, in the last two days I’ve caught several silver fish, which tells me the run is just starting. 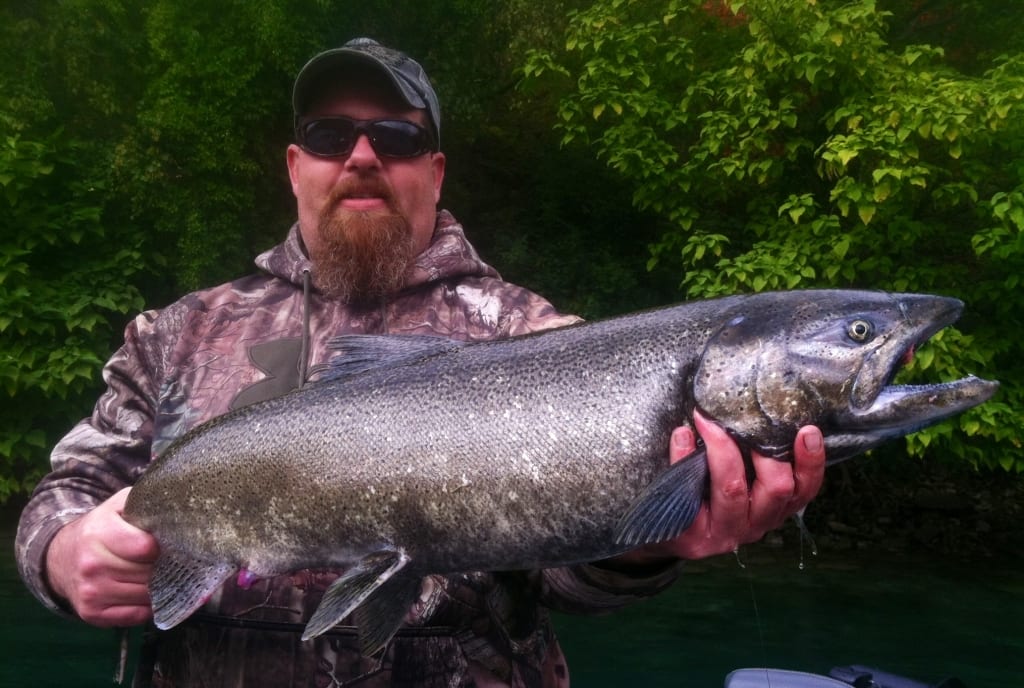 Normally, this is about the middle to end of our run, but the silver fish tells me some fish are just starting to return. I don’t think we are going to have huge push of fish, but I think they are going to come in small waves the next few weeks. Our run is obviously going to last much later this year than we are used to. We could be catching salmon in mid November when normally we’ve switched to steelhead.

While the sample size has been small so far (we’re catching three-to-four fish per day now) I’m seeing mature fish, but I’m also seeing more three-year-old fish as opposed to four-year fish. Most of our fish are 12-15 pounds, but we are seeing four year olds too, which run anywhere from 18-23 pounds. 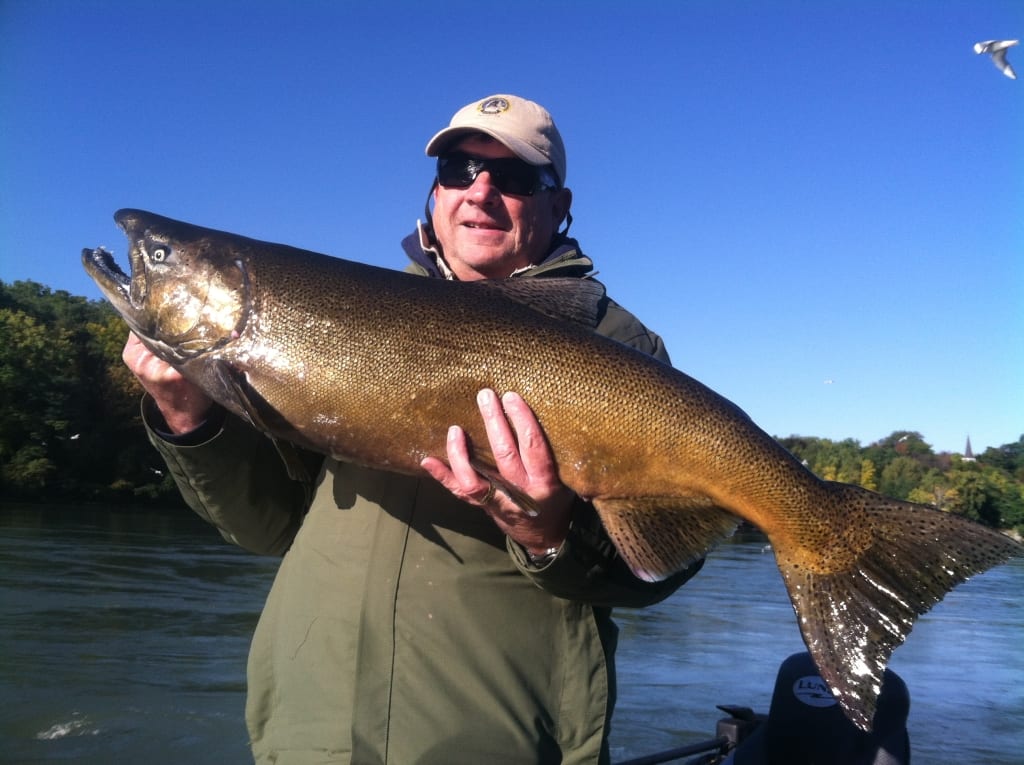 Whether in a boat or bank fishing these salmon are eating eggs. Most of us are using Fire Cure. It’s been weird though. Last year I was running a mix of orange and pink Fire Cure eggs early in the morning and as the water comes up I ran a darker egg, where I mix red and orange or red and pink Fire Cure. Oddly enough, it’s been in reverse this year. The dark eggs are working in the morning and the light stuff when the sun comes up.

Another thing that’s been different is scent. The fish want eggs that are heavily scented this year. I think it’s because there aren’t as many fish and you have to work harder this year. I’m using a lot of krill (Fire Power). Many guys are adding garlic extract and other scents. Just like last year we are using quarter size pieces of skein and a wet egg like the ones that come from using Fire Cure.

Most our fish are coming out of Devil’s Hole up by the power plant. Most of them have been on the main drift on the American side. As you get towards the later part of the season (which is late October this year) you can get fish on some of the lower drifts down in the Lewiston area. The Art Park drift is good then. There’s a few fish being caught on the Pebbly Drift on the Canadian side. 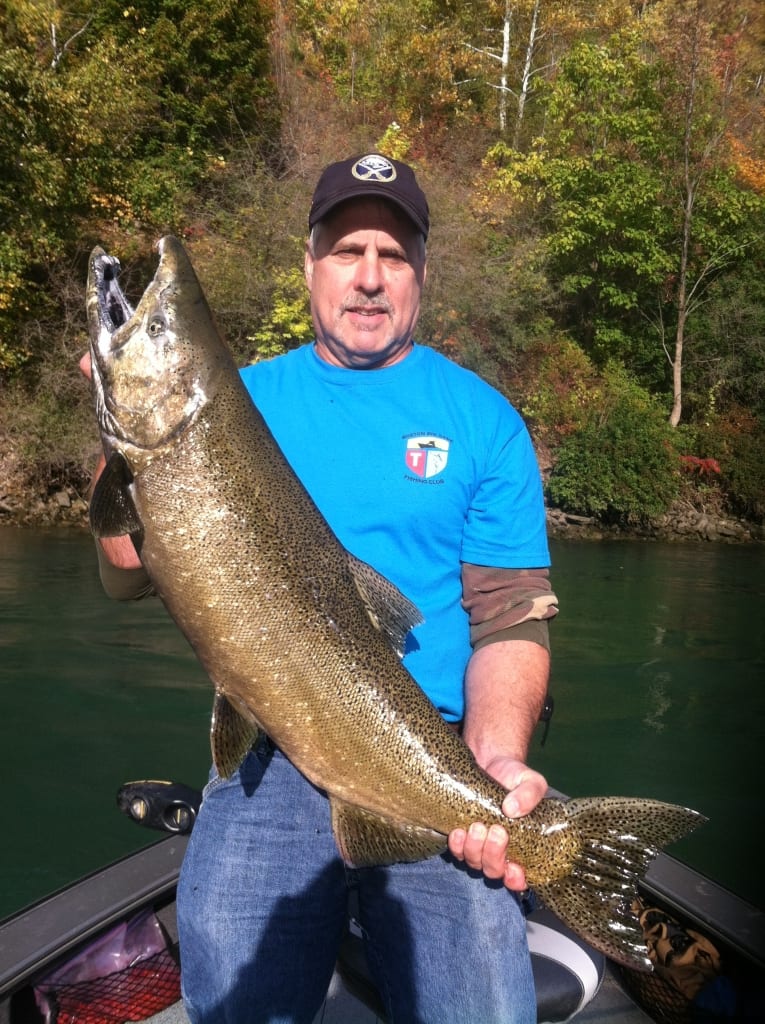 Salmon swim to the base of Niagara Falls, but boats can’t go higher than Devils Hole. Meanwhile, anglers are finding success from the bank around the Whirlpool and Devils Hole by drifting chunks of skein under floats. There’s bank access on the Canadian side up towards Niagara Falls, where guys are doing well using the same techniques.