Over the last few days a group of friends and I make our annual winter pilgrimage to Western New York to steelhead fish. Prior to our trip reports indicated that anglers were catching lots of steelhead in Lake Ontario tributaries. However, just before we left the temperature rose, it rained and water levels surged. The good news was that the section of rivers we targeted weren’t frozen. Meanwhile, high and muddy water made it tough for us to catch as many fish as we wanted to.

We split our time between Burt Dam and Oak Orchard River and found similar conditions at both. We fished Wednesday through Saturday and noticed more anglers at the Oak, but huge crowds weren’t the norm. There’s was plenty of room to fish. Surprisingly, we didn’t catch any browns, but caught and released a fair number of steelhead. 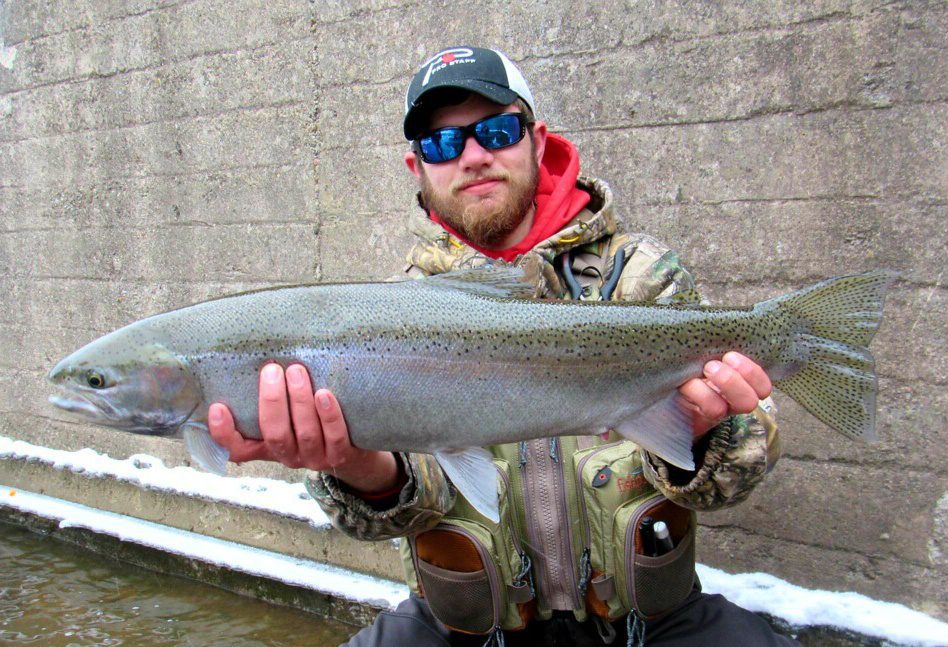 We fished several baits. I had some cured salmon eggs that we got here in the fall, but even though we had a few takedowns we didn’t catch anything on them. Because of the muddy water the steelhead were mostly hitting bright colored baits. I started with Pink Shrimp Fire Balls and caught a few steelhead at Burt on that. My buddy also caught steelhead on the Chartreuse Garlic here, too. Crowds on Burt were thin.

Once we went to the Oak we fished jigs. We used an orange and green and a black and green jig and tipped them with Gold Garlic and Pink Shrimp Fire Balls to add scent. This worked well. When fishing the jigs we didn’t even need to jig them. Instead, because the water was so turbulent the current brought enough action to the jig. We would cast and let the current do the work, which caught fish. 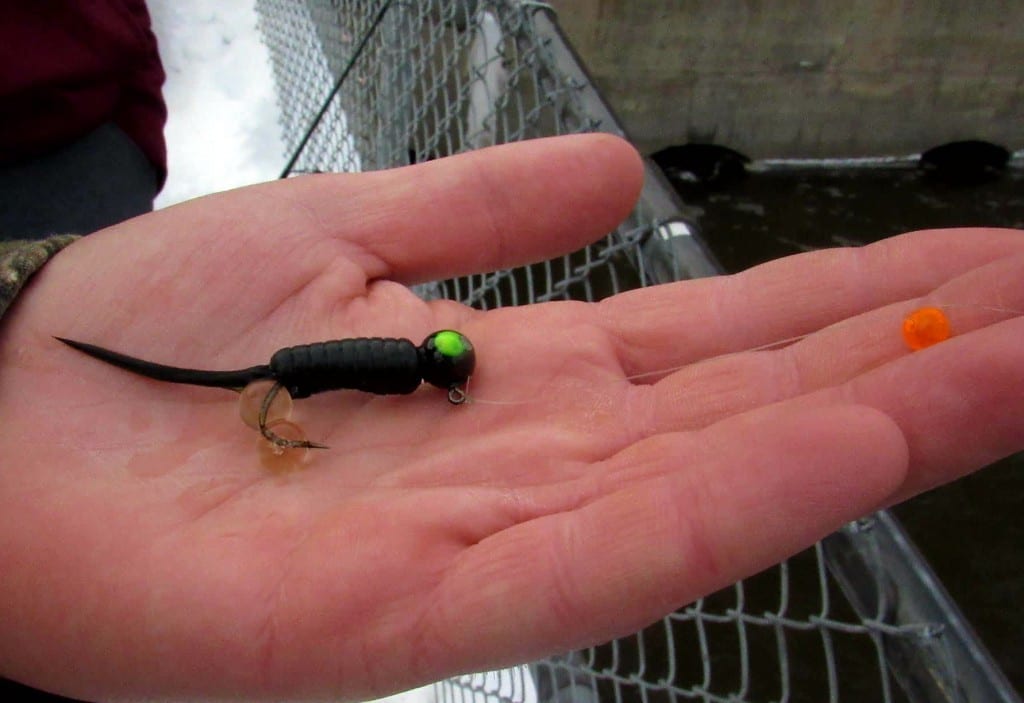 The steelhead we caught were quality fish. The high water brought plenty of fresh fish in. Most of the fish that we caught were roughly 10 pounds. We had a 20-plus pound steelhead hooked, but it turned and ran downriver and we couldn’t stop it. It broke the line. Here on the Oak action came in spurts. The best time was from 8-11 and then from 3pm to dark. Once one person hooked up several other anglers hooked up at the same time. Action was either really good or slow and came in spurts. I’m betting as the water recedes the bite will improve. 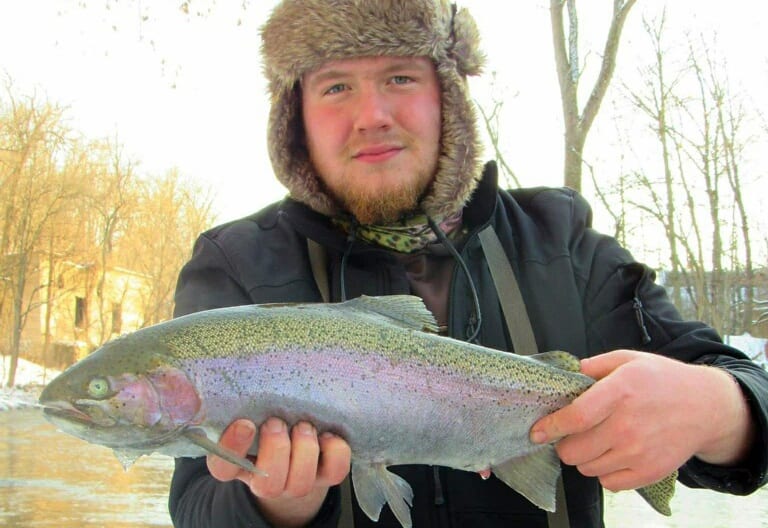 What was interesting to me was the number of anglers still catching salmon on the Oak. I probably saw as many salmon caught as steelhead over the few days. They were black, but guys were still catching them. We didn’t target them. 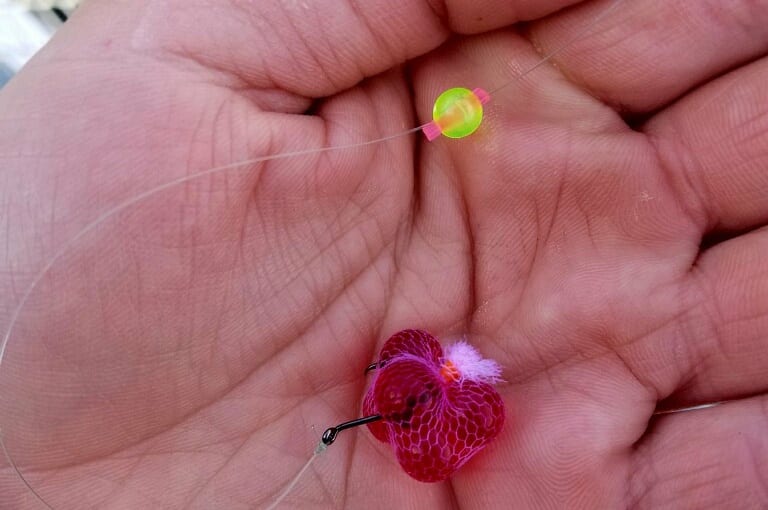