Salmon have been running in the creeks of Western New York for a while now and after spending a week fishing here it’s clear that salmon fishing is way better than it has been for several years. This week we saw and caught more fish, larger fish and salmon that were in better shape. They didn’t look like the typical boot you usually catch here. Between the eight of us that fished together we probably caught 50 fish a day, if not more.

I can’t say how much longer the run will last. However, even this past week there were fresh fish coming in and the recent rains will probably bring in the last big push. In fact, in the last few days many of my friends that are still up there are seeing a lot of steelhead come in. The browns are slowly coming in, too. 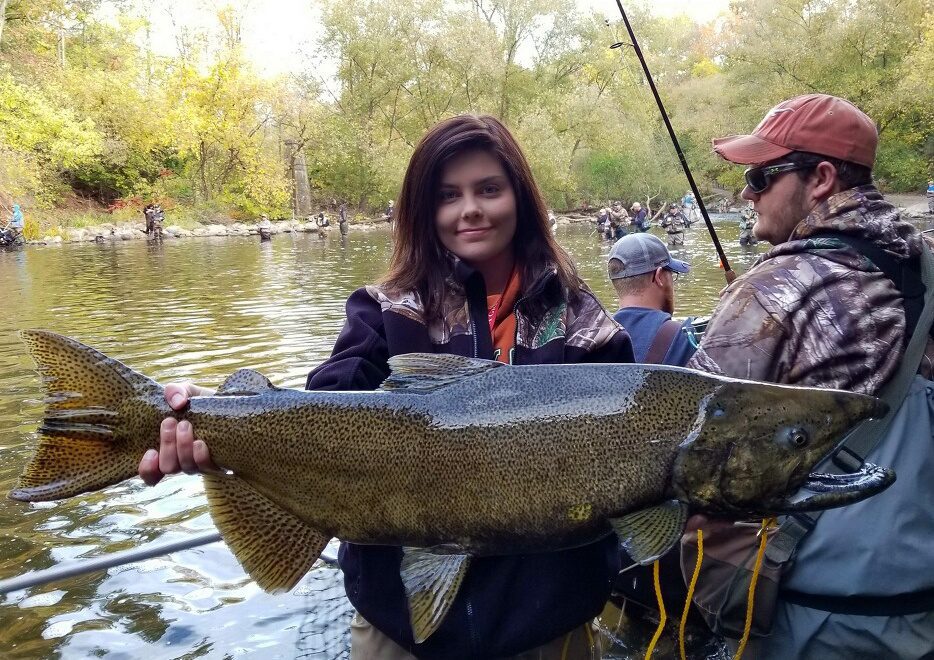 As always, when we fished on the weekend it was jam-packed. However, during the week crowds thinned out, which made many of the creeks easier to fish. Most of the salmon we caught averaged 40 inches. We caught them up to 30 pounds. I’m not sure how much longer the salmon will be around (or more important in good shape), but they are still in Western NY now. 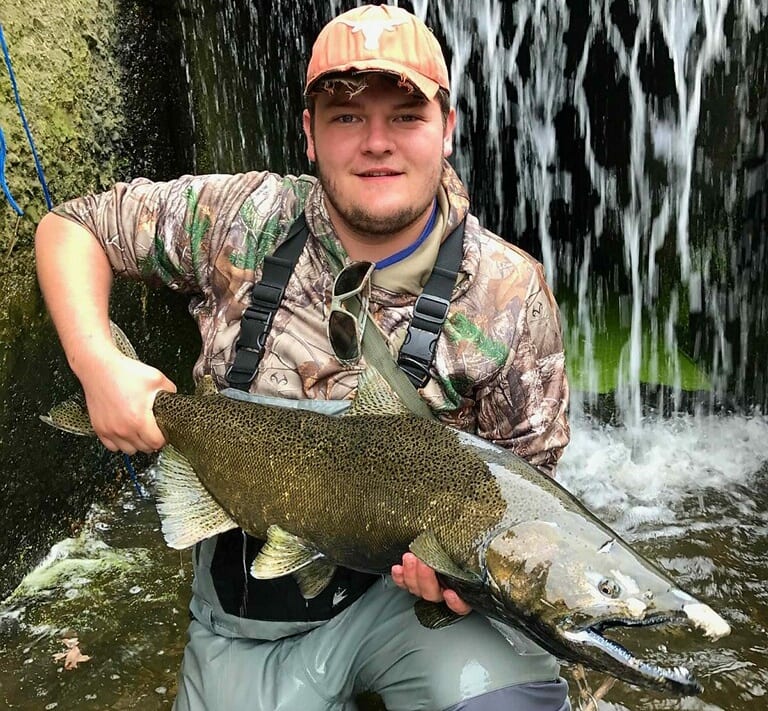 In previous years we used Orange Deluxe and Yellow Jacket salmon eggs tied in sacks. However, this year all the fish we caught came on Fire Balls tied in netting. We started out with white netting the first morning, but also caught plenty on pink. When it came to Fire Balls we used eight balls per sack. I tied them larger to get their attention by creating a larger profile and it worked out well. All the fish we caught came on Brown Trout, Coho and Chinook Fire Balls. 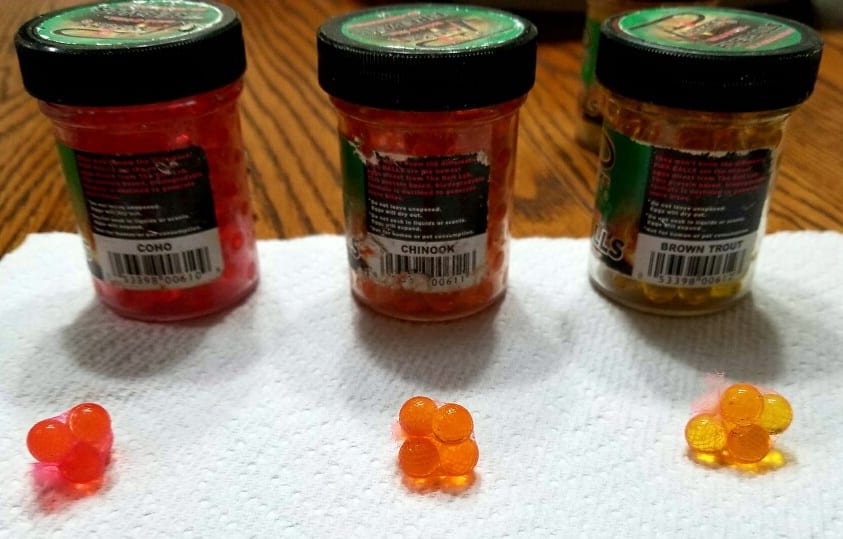 These eggs look identical to the eggs of the species we targeted. They look natural and made it where we could release the browns and steelhead we caught because we didn’t have to harvest their eggs. These Fire Balls look exactly like real eggs. I like two things about the new Fire Balls; most notably that we were able to catch two to three fish on each sack and that the color didn’t fade out of the balls like they would with real eggs. We literally got our first drift, every drift. 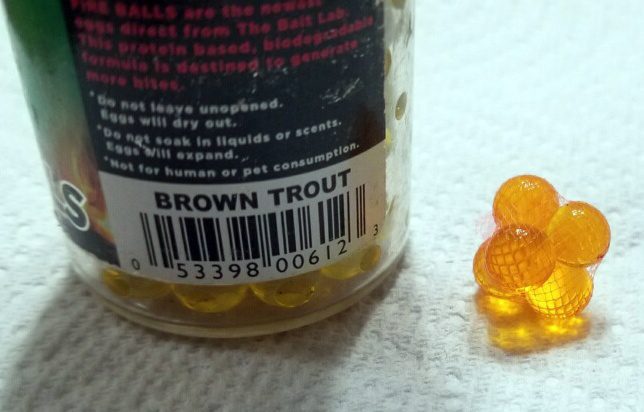 We started out using 20-pound test like many anglers do up here. However, we noticed the salmon swimming around the line when they saw it. I dropped down to 12-pound Stren Low Vis Green and instantly started picking up more bites. We placed the sacks on Gamakatsu octopus hooks. 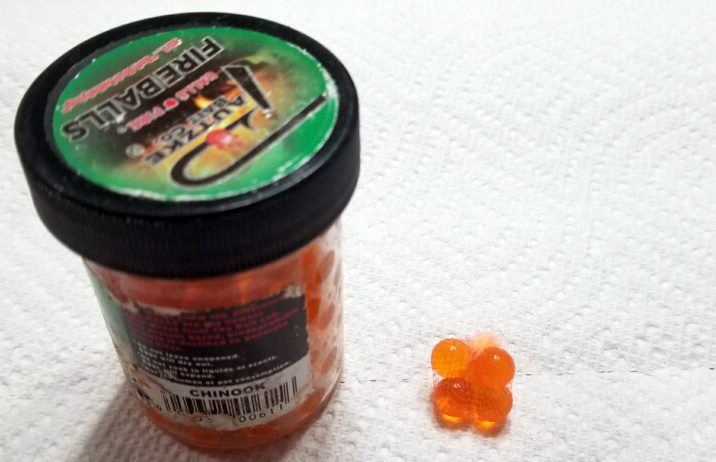 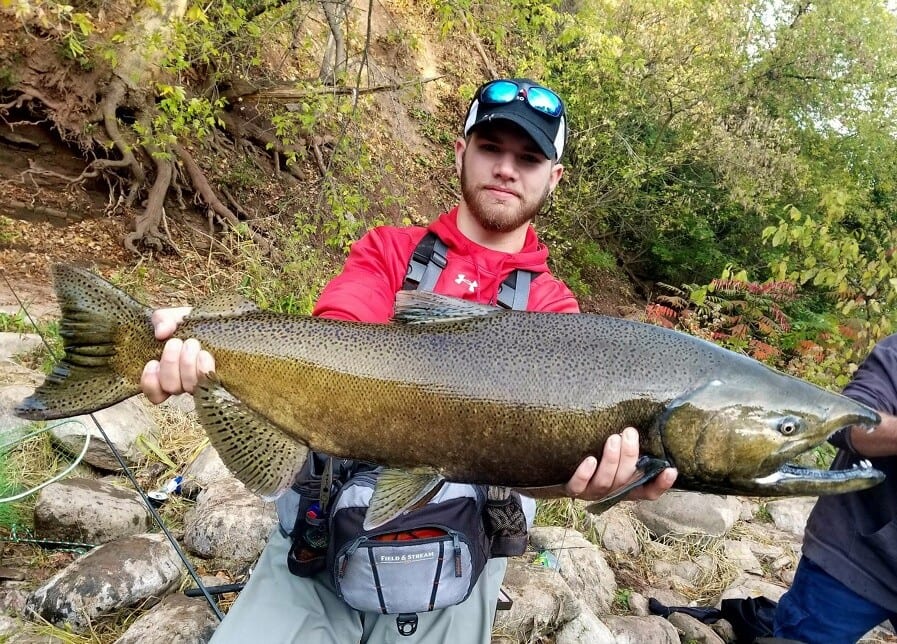