Gary’s bobber disappeared under the water, so he set the hook, and a chrome silver salmon thrashed to the surface. He battled the fish for several minutes, then led it to the net, and our first fish of the day was on the boat. We had already fished 5 prime spots without even getting a bite before Gary hooked and landed that first silver. Afterward, at the same hole, each of us managed to land a limit of the prized silver-sided sport fish. That one hole was the only place we were able hook a fish the entire afternoon, but it turned out to be an exceptional early September fishing trip and well worth the effort.

Considering the fishing options available in the Mat-Su Valley during the first week of September, fishing for the area’s most popular sport fish (silver salmon) is my first choice. As far as catching large, fine eating fish, I know of no other opportunity that can compare to what silver salmon fishing offers — even this late in the season. Granted silver salmon numbers in lower river locations have dropped off dramatically since early August, but so has the number of anglers competing to catch the fish. On our trip earlier this week, we saw five groups of anglers out on the water, but were able to fish every hole I wanted to try without competing with anyone. For those wanting uncrowded salmon fishing opportunities, it doesn’t get much better than that. 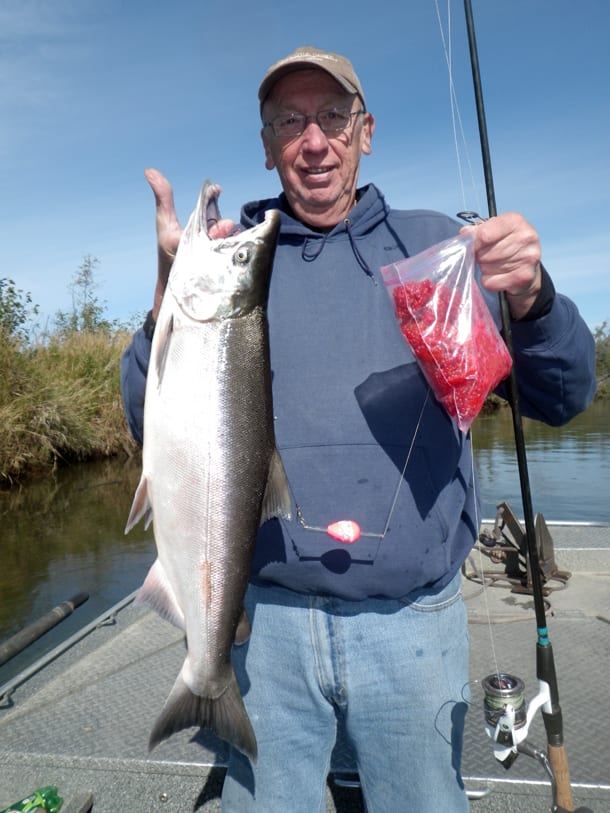 Of course, all early September salmon fishing trips don’t end with such spectacular catches, and even when one catches good numbers of silver salmon, this time of year, some of the fish are likely to be blushed with darker spawning colors. A higher percentage of better quality salmon tend to be located lower in the drainages. If one is most interested in numbers of fish, upstream locations usually have considerably more fish late in the season. 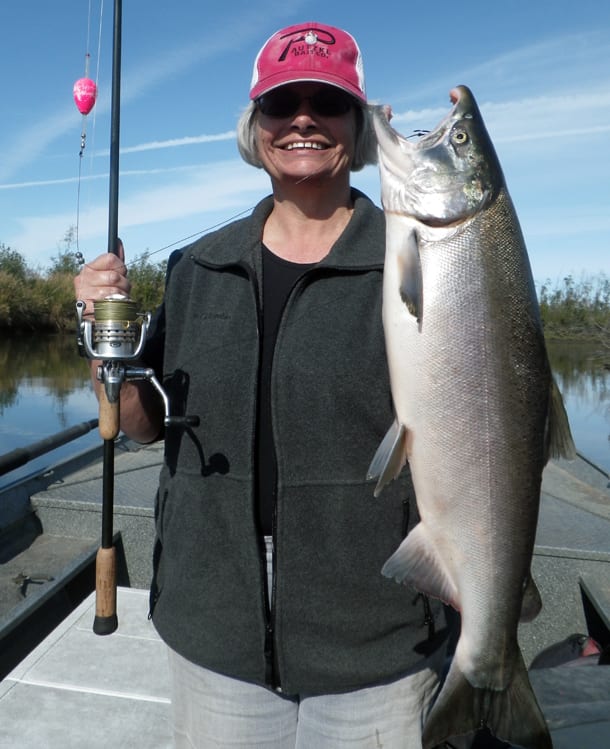 Remember to check fishing regulations, as some waters closed to bait fishing starting September 1 (Susitna River drainage streams). In addition, most — if not all — Susitna River drainage streams also require single hook artificial lures starting on the same date. These regulations were originally set to reflect the transition between salmon fishing to wild trout fishing that occurs during the month of September. As far as I can tell, the fishing public may be better served if the transition in regulations occurred a bit later — perhaps after the first week of September or starting on September 10. For example, when I talked with Margo Nealis of Phantom Tri River Charters in Talkeetna on Monday she said they were still catching some chrome silver salmon, and one of their guides mentioned they had not been catching any trout, yet, on their salmon charters. The Talkeetna River is starting to drop and clear up with the cooler temperatures we have been experiencing lately and by mid or late September trout fishing will pick up. Right now, most anglers are more likely to catch salmon.

Change up to Catch September Silvers

On streams where bait is still legal to use, I bring salmon roe fresh-cured with Pautzke’s Fire Cure. This is my go to silver salmon bait, however, after working a hole with bait, additional silver salmon may be caught by switching to artificial lures. On the trip I described early in this column we caught 3 of our silver salmon on Flashtrap Spinners. My friend, Ben Allen, catches impressive numbers of late-season silver salmon by twitching large Dahli Lama flies — in addition to using bait. While using different lures and bait may be effect at any time during the season, I often rely on a variety of lures / bait to a higher degree later in the season, when silver salmon are less abundant. 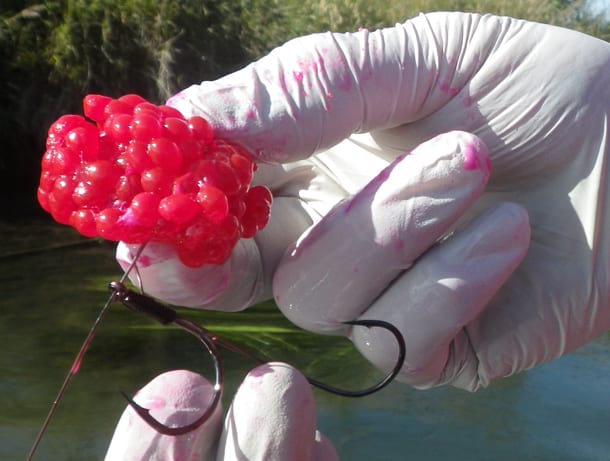 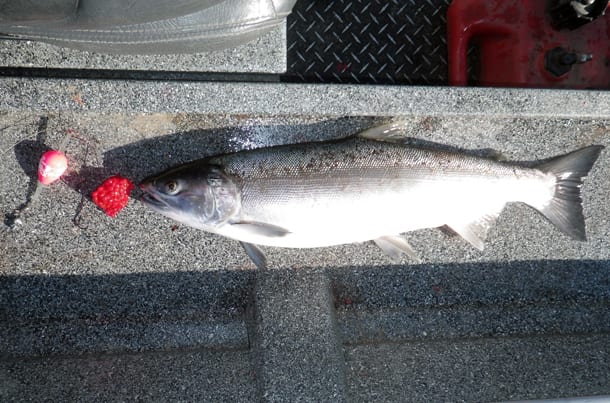 NOTE: Because of low returning silver salmon numbers, the Jim Creek drainage near the Butte was closed to all silver salmon fishing earlier this week by Alaska Department of Fish and Game (ADF&G) emergency order.