They’ve predicted 940,000 Chinook down here at Buoy 10, but I’m not seeing it. Buoy 10 is tougher this year than it’s been, but I am getting fish daily and some dandies. On the other hand it hasn’t been easy like it’s been the past few years. I’ve had to work my butt off for them. However, if you know where to go, know what slots they are going through and know how to work the tide you can get limits.

What’s crazy is the pressure hasn’t slowed. There’s like 4,000 boats down here. This is the best fishery in the Northwest even if the run is down a bit. I think 95 percent of the people are spoiled because the last few years it’s been constant action. Keep in mind this is a cycle. The run goes up and down. I’m seeing more California guide boats, tons of Idaho boats and Oregon and Washington boats. 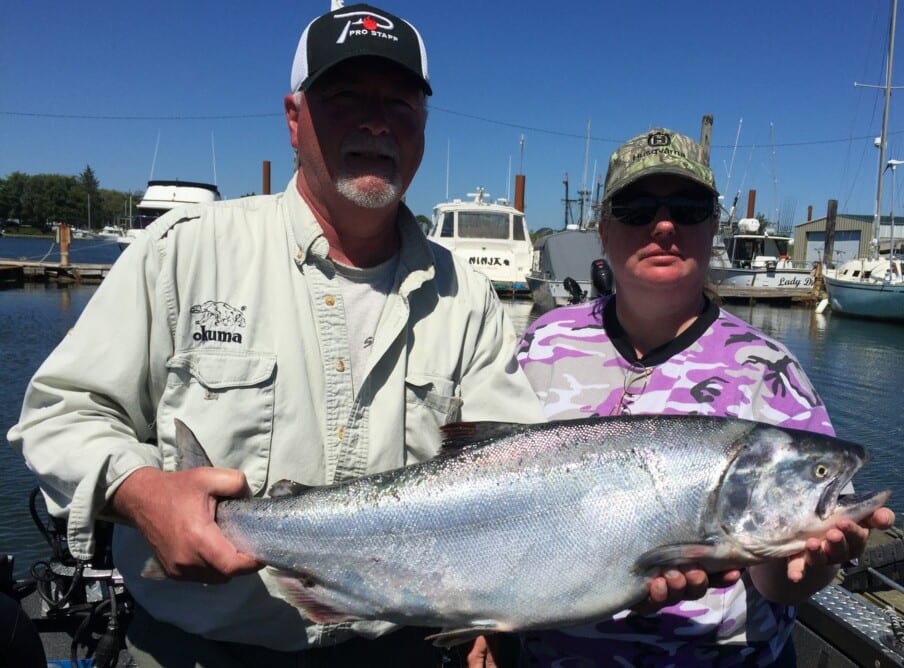 I have a theory as to why the bite is tougher. This year we have a lot colder water because we had a snowpack again. Mt Hood had a lot of snow this year. In year’s past those fish hold by the Astoria Bridge because the water in the river had been warmer. This year, they come in and there’s cooler water so they keep going upriver and aren’t easy pickings under the Astoria Bridge. That’s my philosophy.

When the bite comes on it only lasts about 15 minutes. These fish are moving. So I’m staying with the pods that are coming through. They come in on the incoming and then the flush back out. On the flush out is our best bite. So stay with the fish as migrate from the river back towards the ocean. Keep in mind these fish come in and acclimate. They have to come from the salt into the fresh water and they come in and out of the river a few times before they go upstream. Follow them and you’ll have more chances to catch them. 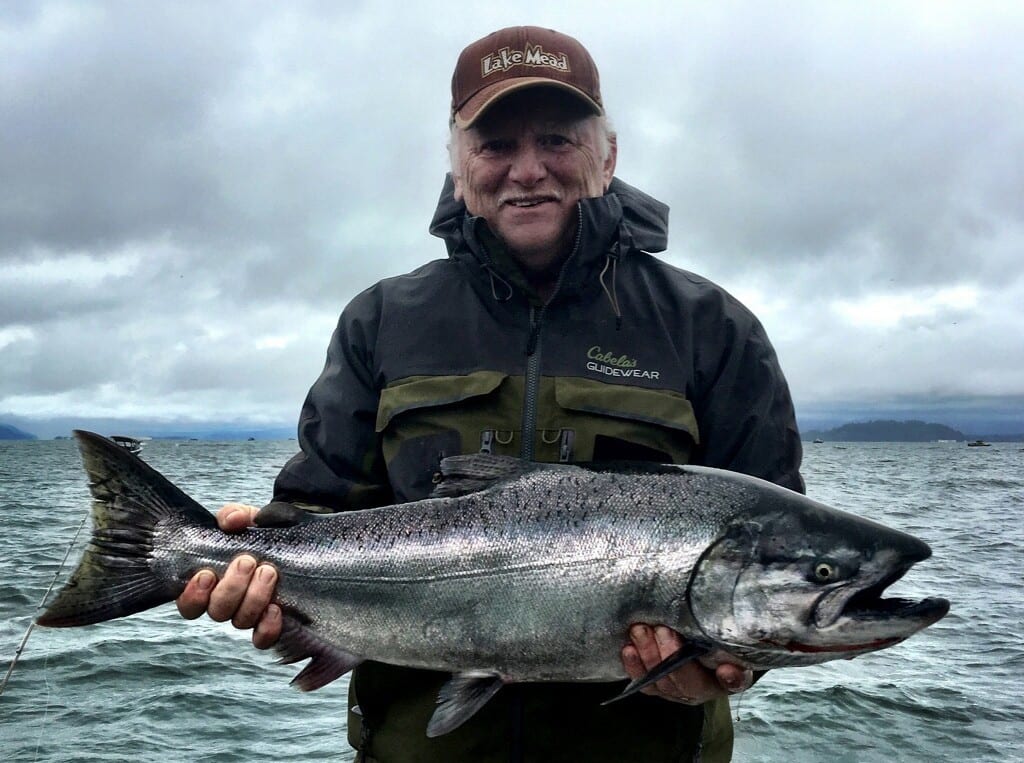 While the numbers we expected don’t seem accurate we are getting some nice fish. We are seeing chrome fish with sea lice and some up to 30 pounds on my boat. However, the average is a 15-20 pounds. We are seeing a lot of smaller fish this year. I’m not seeing many coho, which is what we expected.

I’m not seeing a big push on Chinook like they predicted, but I’m expecting Chinook to trickle in for the next month. I think on the soft tides you’ll get more fish coming in during the next month. During the minus tides fishing can be tough. The soft tides slow the fish down. During the minus tides these fish come and in blast upriver to Portland. What direction I troll depends on the tide. On an incoming I’ll troll upriver until the tide peters out and then I’ll troll back downriver until the outgo.

The bite has been a bait bite. I’m using anchovies and herring. My most consistent bite has been the herring with the Blue Fire Brine. We have sun down here and the blue brine makes the bait shine better. When you have sun on the water and blue it makes the scales flash and the bait shiny. You want the shine. Chartreuse Fire Brine has been working too, but blue has put the most fish in my boat. 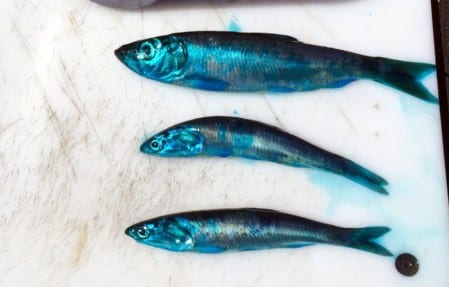