It’s normal for the salmon bite on the Sacramento River to be on and off in August. The heart of summer typically doesn’t bring great fishing even though the river is open. Meanwhile, we are getting fish daily, but are having to work for them. This isn’t a reflection on how the run is going to pan out because the first month of fishing is always slow.

With that said the fish that are in the system now are beautiful and nice quality. On this river you can catch a 40 pounder the first day or late in the season. In summer and fall you are always one bite away from a really big fish on the Sac. 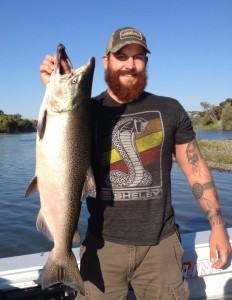 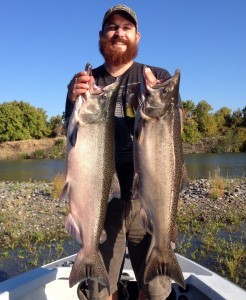 In the next few weeks I’m expecting to see a lot more fish. Typically, early September the bite improves. The good news is they are still catching salmon in the ocean. Those fish are obviously headed here. I think this year is going to be every bit as good as last year. Last year we had consistent action in September. We caught them daily, but it was never easy. It’s not going to be easy this year, but if you put your time in there’s plenty of salmon around.

People call and ask to book the best day all the time. Typically, I tell people from September 15 to October 15. That tends to hold true every year. We don’t need rain or a temperature change on this river for fish to come up. Our flows and temperatures are consistent during salmon season, at least they are right now. I’m assuming at some point they are going to drop them, but Lake Shasta has a lot of water so I’m hoping it’s going to stay at 10,000 cfs. There’s more water this summer, which is a positive thing. 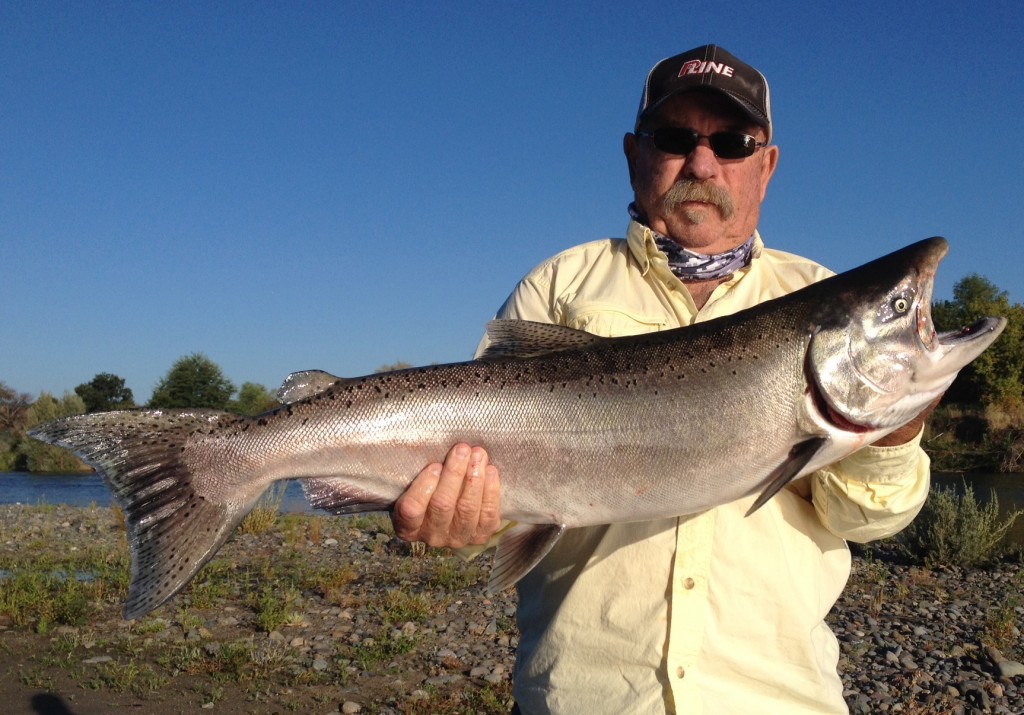 Right now I’m fishing plugs in the morning before switching over to bait once the sun hits the water. Before the sun rises we’re running Natural Fire Brine sardine wrapped silver and chartreuse T-55 FlatFish. When running plugs I use 50-pound P-Line braid on 40-pound P-Line fluorocarbon.

Normally, about the time the sun hits the water I’ll switch over to back-bouncing eggs. I’m using about a quarter-size glob of roe, half of which are cured in Red Fire Cure and the other in Red Fire Brine. I use both because this way each egg has a different scent. We let the fish tell us which they want on that day. With eggs we’ll use 20-pound fluorocarbon as a leader line. 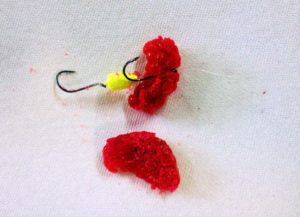 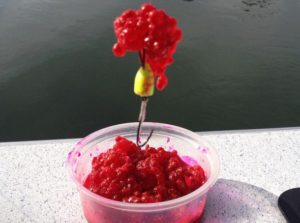 Salmon can be found from Balls Ferry to the Golden Gate, but the largest concentration of holding fish changes daily. They get them at Woodson Bridge one day, then at Red Bluff, then down at Chico. The best bite changes daily. Keep in mind the river is open from the Deschutes Bridge on down.