Despite low numbers of stocking brown trout by the Wisconsin Department of Natural Resources in recent years we’ve had a surprisingly good first half of our ice fishing season. In fact, I’m shocked with the number of brown trout and large browns we’ve caught already this season. We’re averaging one brown bigger than 10 pounds every day. Our average weight is much higher this year than in several years. 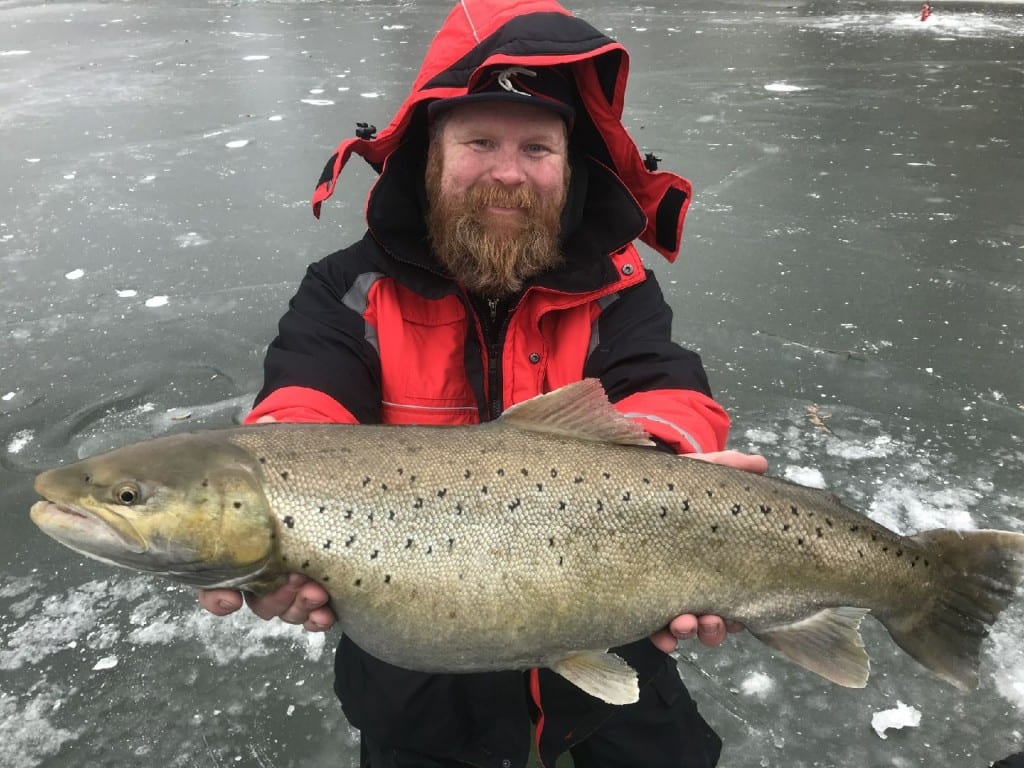 We’ve had good ice fishing conditions in Wisconsin since late December. Right now, many of our harbors have about foot of ice. This is on the heels of last season when safe ice was hard to find. I’m hoping we have good ice until March. So far it’s looking good, but no one can predict the future. The forecast looks to be getting warmer for a few days, but our ice will remain solid.

This season has been interesting because of the high numbers of browns being caught and because we haven’t seen many steelhead return yet. It’s still early, but usually we see many more steelhead. There are some spots that we’ve been fishing that we typically go there to catch steelhead, but are only catching browns. On the other hand, typically February and March are our best steelhead months. I thought we would see more steelhead come in this week with the rising of our rivers, but that hasn’t materialized yet.

Most of our bites have come on spawn bags. I tie about 80 chartreuse bags nightly. Chartreuse has been the go to color. This season smaller bags have been the dominant producer. By small I mean the size of a dime and smaller. I still have four different colors of spawn sacks on hand every day. Meanwhile, it’s the chartreuse that has been the best. All of my spawn sacks are filled with Natural BorX O Fire cured brown trout eggs, but steelhead eggs work, too. With the smaller sack I’m running a size 12 Redwing single hook. 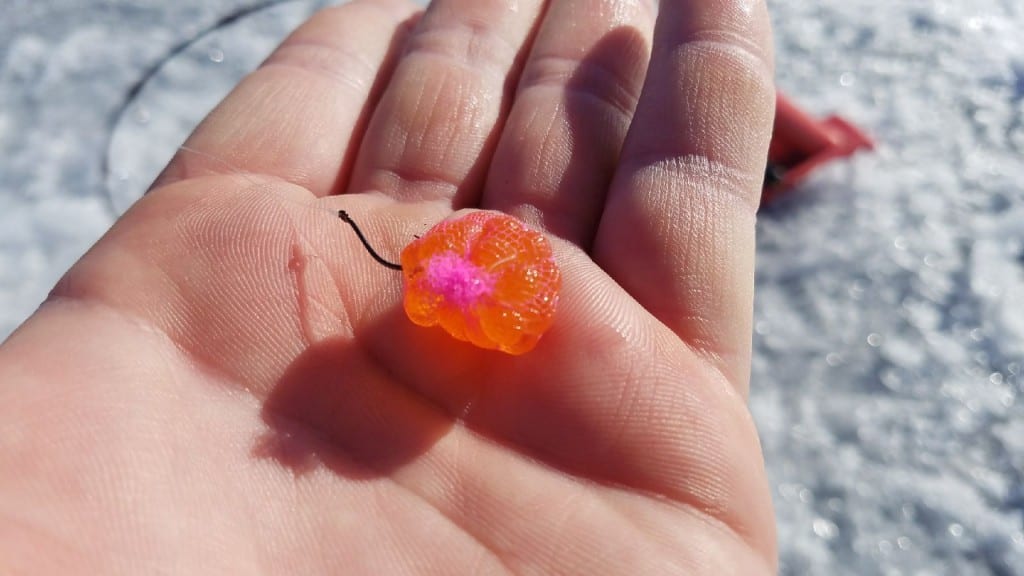 Every harbor from Southern Wisconsin to the top of the state along the Lake Michigan shoreline has trout right now. And, this will remain through the ice fishing season. Some harbors are better than others, but conditions change daily. As a matter of fact I saw on the internet today a really nice brown caught even on Lake Superior all the way up near the Minnesota border. Lake Michigan and Superior’s shoreline are producing nice browns and I’m hoping the steelhead come soon.

Typically we fish our spawn bags on the bottom or about a foot off the bottom because there are spawning browns in the area and it looks more realistic. And, I’m using a three-foot, six-pound fluorocarbon leader so the fish can’t see my line. Most of the water is clear right now because there hasn’t been much runoff. Light line is a must. 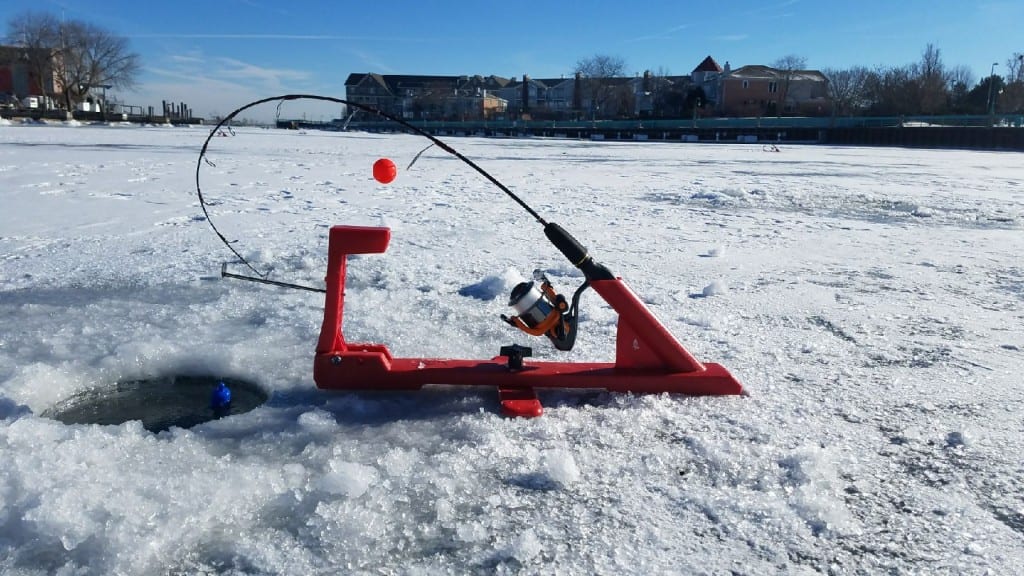