Some of our Northern Michigan steelhead rivers can be challenging to access during the winter due to snow, ice and closed roads. Fortunately, the Manistee River doesn’t carry these issues. The Manistee is the one system in the region you can always count on being fishable. It maintains a strong steelhead population even during the dead of winter.

In early October the Manistee River experienced a large push of steelhead. Since then the fishing has remained consistent. We haven’t seen any recent big pushes of fish, but there’s been enough steelhead in the system to keep action steady. Most of the steelhead are averaging five to 12 pounds with some larger fish mixed in. We’ve also caught browns while targeting steelhead each trip. 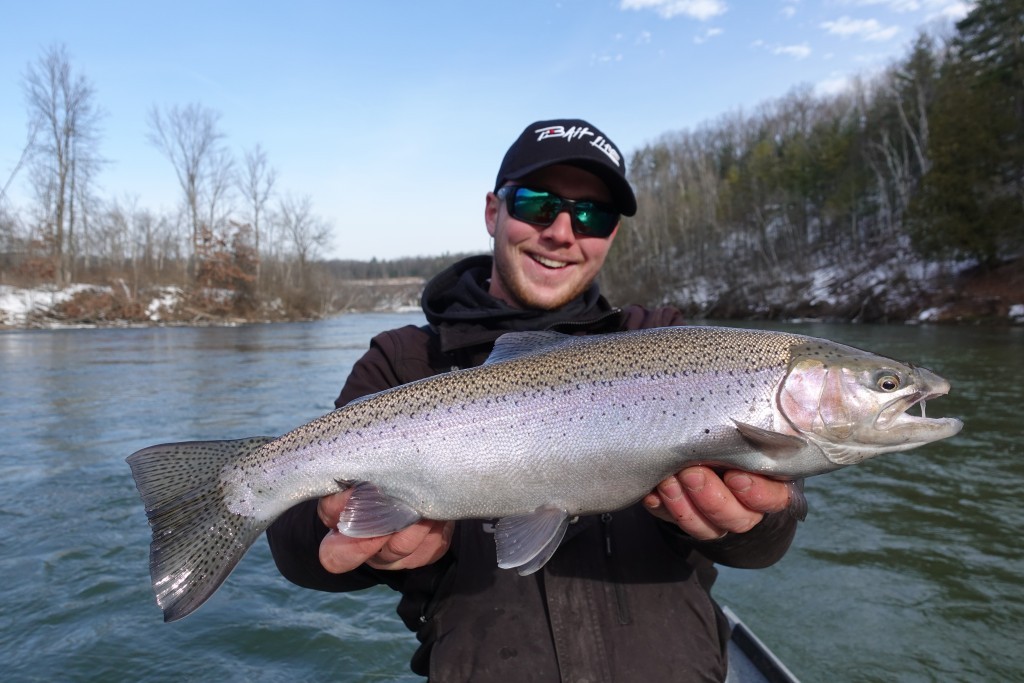 It’s no secret that during the winter action is concentrated from Tippy Dam on downriver to Rainbow Bend. This area is well known by anglers and guides. This section of river can be fished by bank anglers and boaters. Crowds can be common near Tippy, but thin out as you migrate downriver. This entire stretch harbors steelhead. The entire river has steelhead now, but this time of year the lower stretches can be nearly impossible to fish with all the ice.

This month we’ve averaged three to 10 steelhead per trip. Some days are better than others. The bite is normally best after a rise in water or temperature. The warmer weather makes the steelhead more active and a rise in water tends to bring fresh fish in. This time of year steelhead are generally in slow and deep holes, but as the season progresses they’ll start migrating to fast runs. 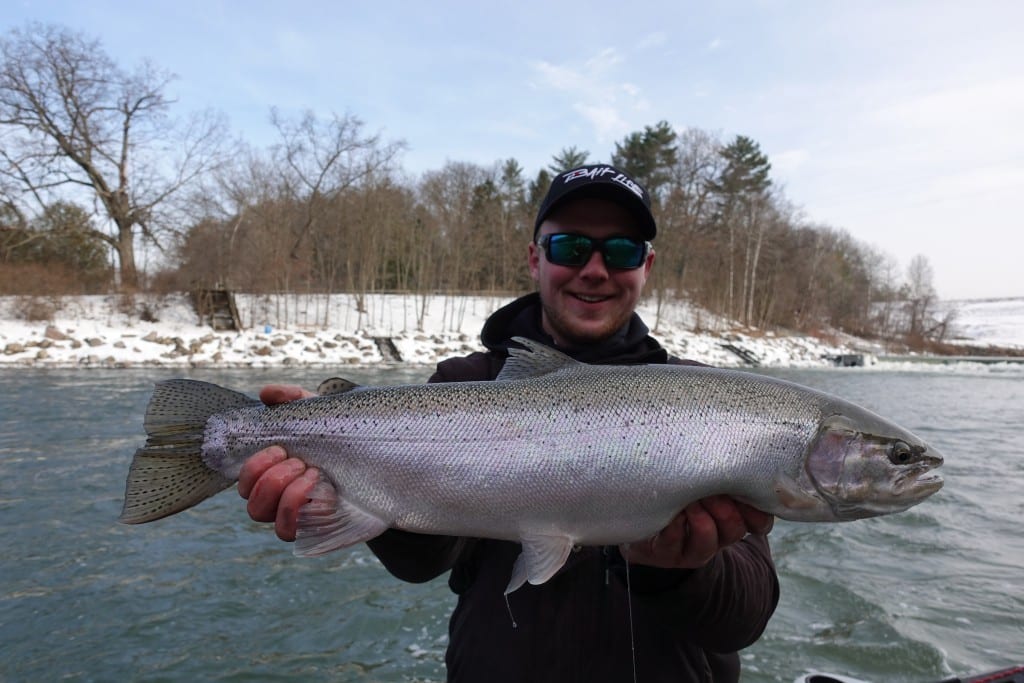 During the winter I like to have an assortment of baits. I mostly fish spawn and Fire Balls, but also use jigs. When it comes to spawn I’m curing my eggs in Natural BorX O Fire and tying them in pink, chartreuse and white netting. Due to the colder water we’ve scaled down to dime-size sacks. When it comes to Fire Balls Coho and Chinook Fire Balls have been the top producers. We’re fishing them four-to-five balls per sack. I always bring fresh spawn just in case, but so far we’ve had consistent results on both, which has saved me from having to harvest fish for their eggs. 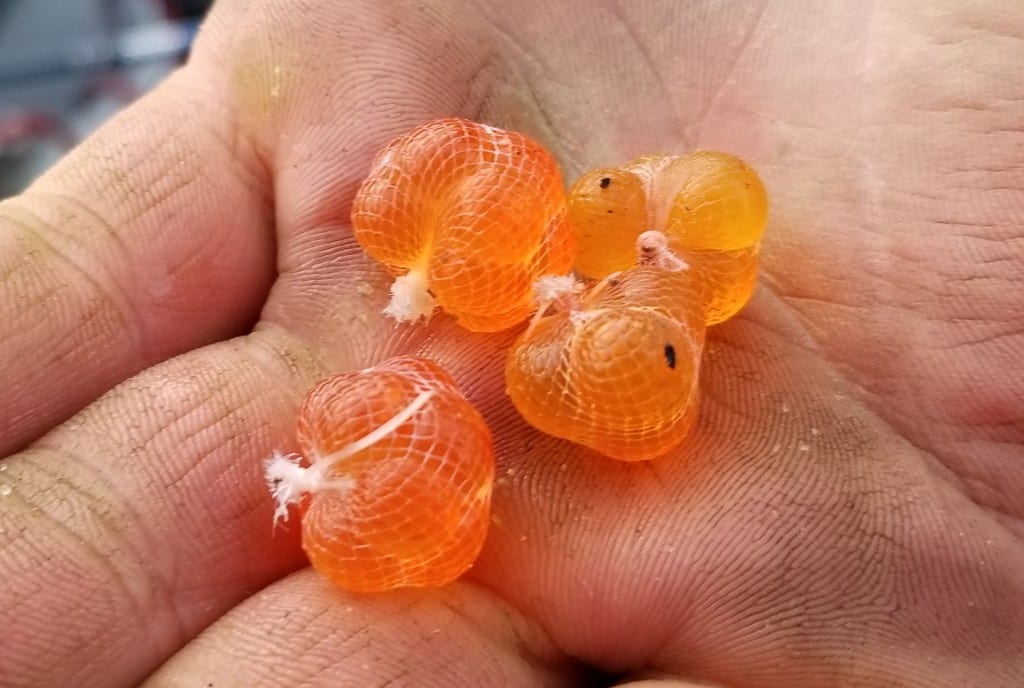 When I’m fishing holes that I know hold fish and I can’t get them to bite spawn I’ll run a jig through it. We’ve been using mainly tube jigs. One of the tricks we use is tipping the jig with two wax worms or a Fire Ball.

Regardless of which bait I use we’re running 12-pound Trilene Smooth Cast and 10-pound Seagar fluorocarbon leaders. With the spawn or fake eggs we use a size eight Mustad egg caddis hook. For the Manistee it’s best to run a 15 or 20 gram Raven fast and deep float.