With salmon now returning to the American River fishing from Downtown Sacramento to Clarksburg has been good for anglers trolling sardine wrapped plugs. This year’s fishery has been much better than last season. It’s not as good as it was in 2012 or ‘13, but it’s fishing good.

I’m expecting November to be productive. They already have a lot of salmon in the American River Hatchery, which is a good sign for this year’s run. Every fish I’ve caught except for a couple of small males have been dime bright. They’ve been beautiful fish and had lice on them. 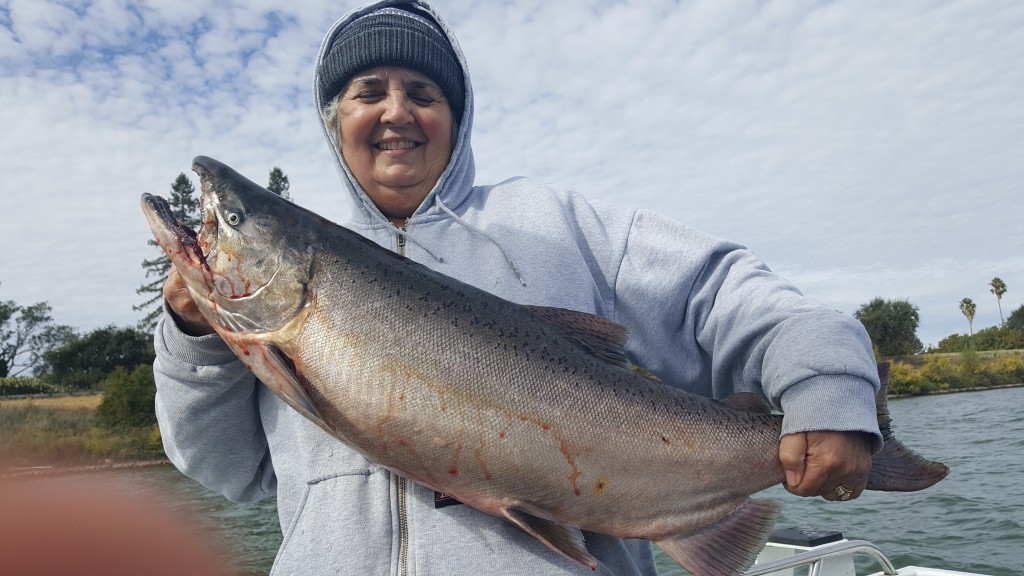 The salmon are running from the low teens into the thirties. An average, American River fish average 24 pounds, with some larger. On the other hand, there’s some fish that the party boats caught two weeks ago in the ocean that were 30 pounds and we know those fish have to come this way. We also have large salmon in the upper 30s that have to pass us on the their to the Redding area. There’s plenty of fish to be caught in the coming weeks.

This lower section of the Sacramento is fishing now. However, if flows continue to rise and the water muddies more we’ll have to wait it out for a few days for it to clear enough to troll. However, we should have good fishing through November as long as we don’t get blown out. 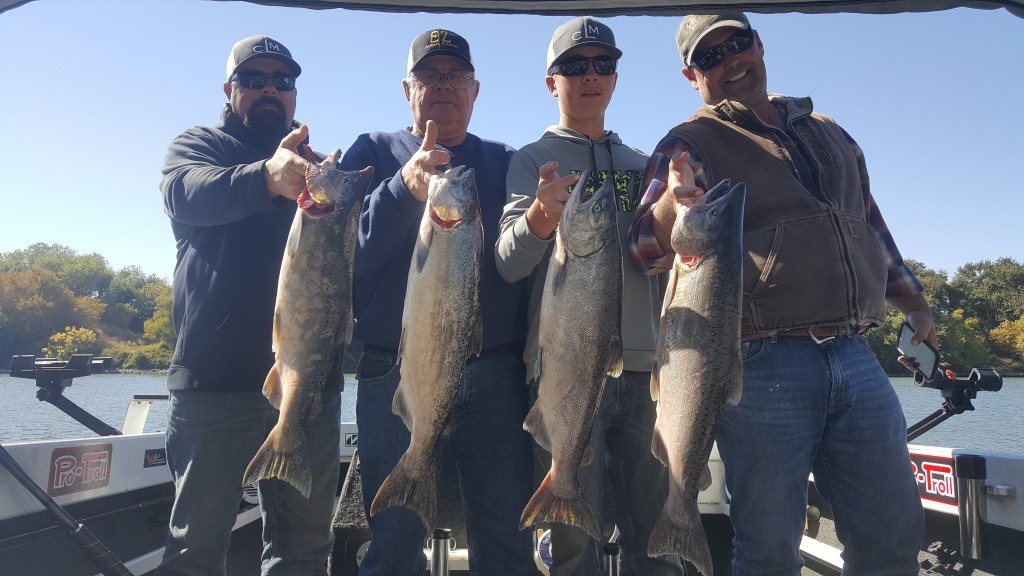 I want my baits anywhere from two-to-three feet off the bottom. This new deal is like the guys do at Buoy 10. We use a 10-12 ounce weight attached to a 11-inch Pro Troll flasher and a Brad’s Super Bait. I’m cramming tuna from a can into the plug and soaking the tuna in Pautzke Red Nectar to bring more scent. 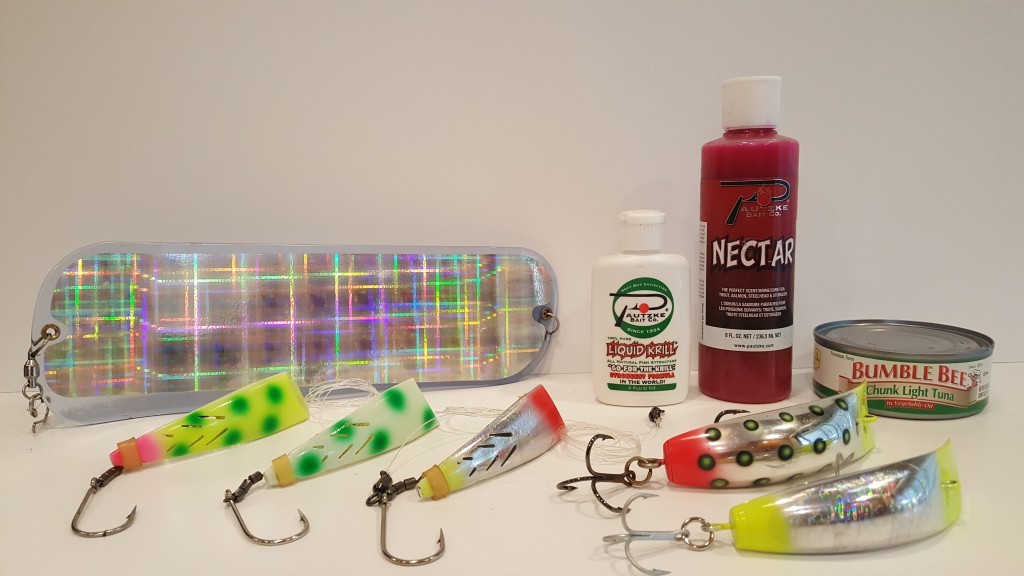 I’m also using K-14 and K-15 with a sardine wrap. And we also soak our wraps in Pautzke Red Nectar. As soon as the water gets dirtier I’ll switch over to more Kwikfish or M2 or T-50 FlatFish and then slow my troll. When the water muddies we’ll have to put the rattle right in their face to get bit. And, if it muddies up too much we are going to have to park the boat for a little while. 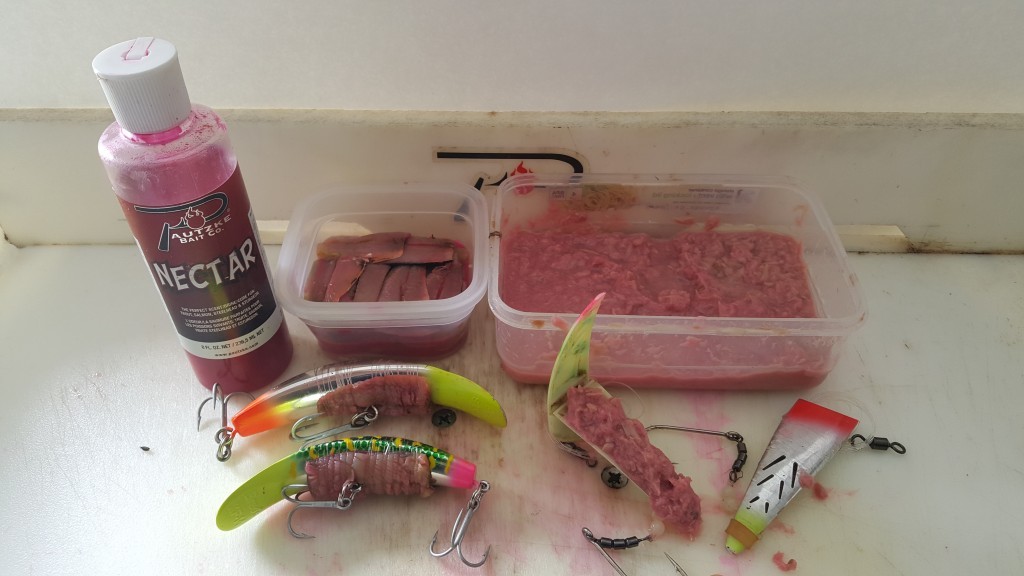