If we don’t get any more rain the river should fish well this week and through the weekend. It’s hard to say how long the run will extend due to the amount of rain we’ve already had. Hopefully, it’s a large run and continues through November like it should. It’s impossible to tell because so many fish have already come through the system. 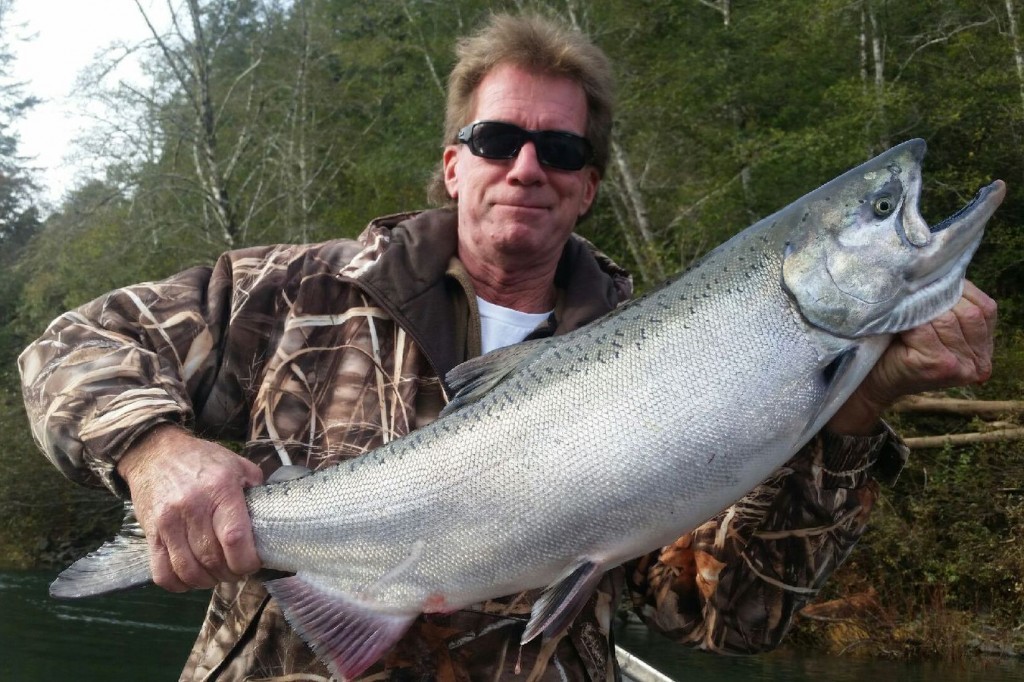 However, all indications are telling us we’ll be fishing for salmon for several more weeks. In fact, guys are catching fresh fish in the lower river today. All our fish are fresh fish now. We’ve been catching chromers for a few weeks. It’s been a heck of a run this year already. Meanwhile, because of the higher water pressure has been moderate to light.

While there’s been some large salmon there’s been about a 20-25 pound average. Meanwhile, we’ve seen a lot of three-year-old salmon, which are those in the 30-40 pound range. Normally, we see a few bigger than 50, but haven’t yet. I’m guessing we’ll see them soon. A 50-pound plus salmon isn’t uncommon for us. 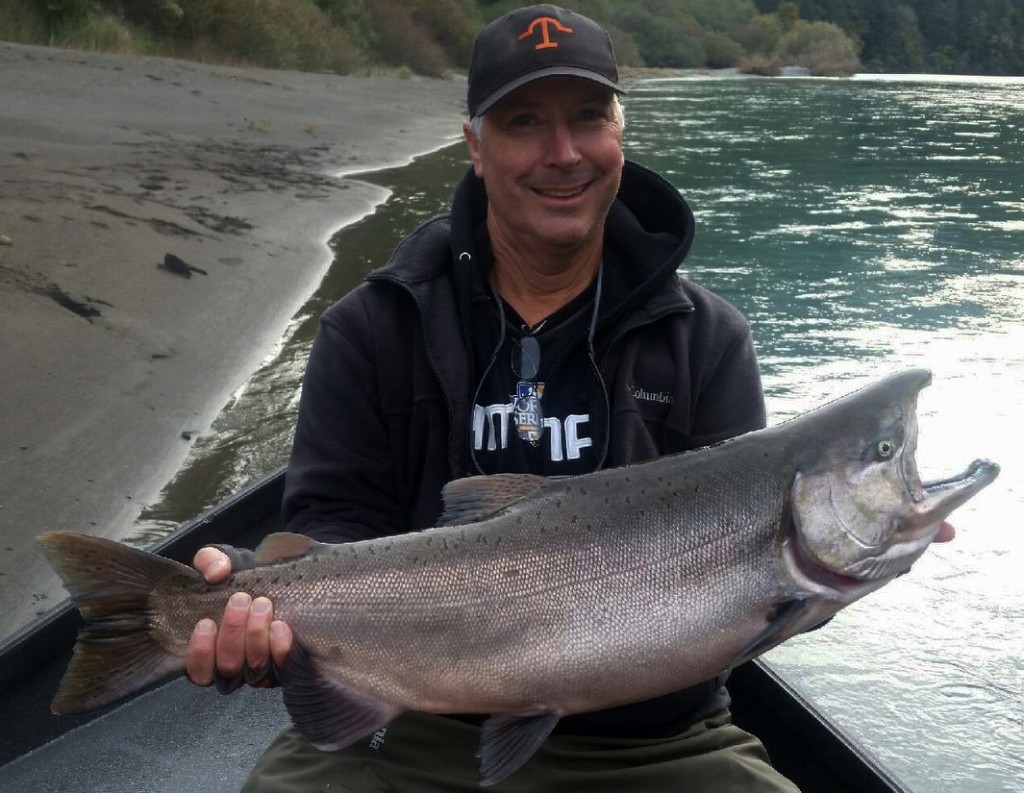 We’ve had so much rain that our river is still high, but dropping daily. It will be fishable Wednesday and was fishable today, even though it was high. The salmon are moving quickly now. In this high water they move fast. Once the river falls a few more feet the salmon will slow their migration and be easier to catch. 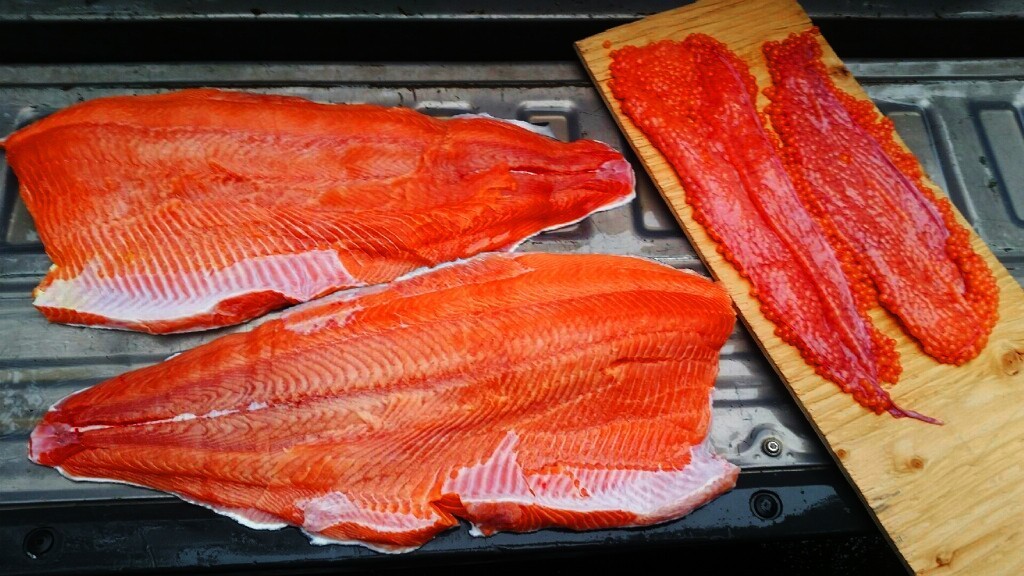 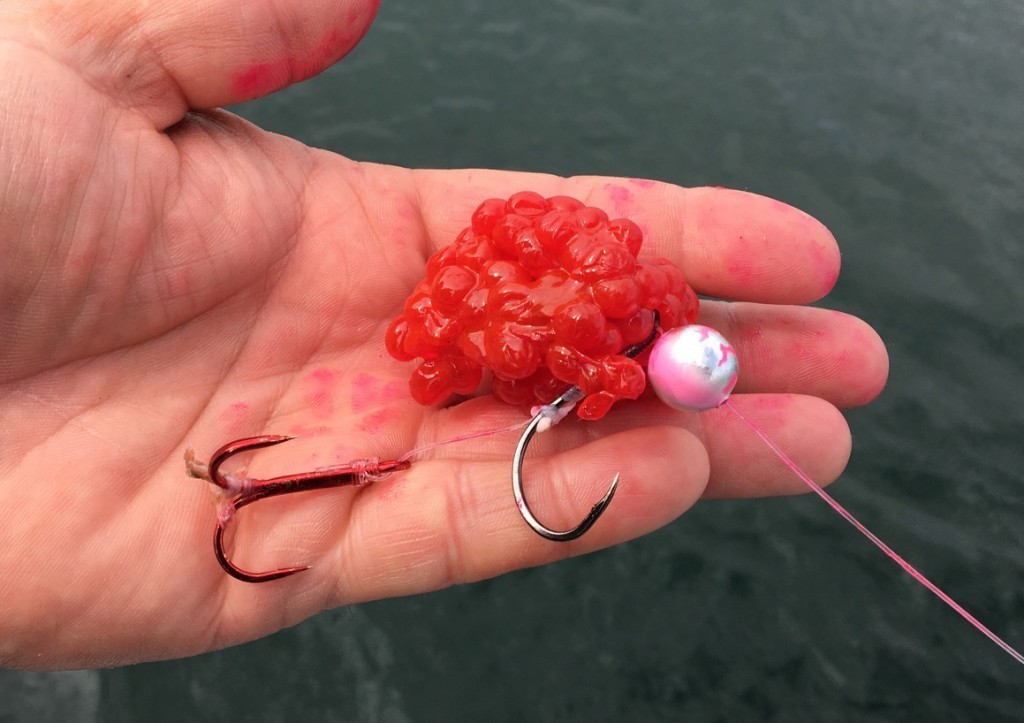 With the current water conditions I’m using 30-pound Maxima Ultragreen as my main and leader line. The fish are large this year, so even when the water drops and clears I’m going to stick with the 30-pound test. If you go lighter you might get a few more bites, but there’s a chance of losing those fish, too.

In the higher water the plunkers do well on the Smith. Some of the better areas for them to gain bank access is Ruby County Park, Jed Smith State Park and Peacock Bar. From the bank if you are plunking I’d recommend at least 30-pound test teamed up with Fire Cure roe and a Spin-N-Glo. Others will side drift from the bank. 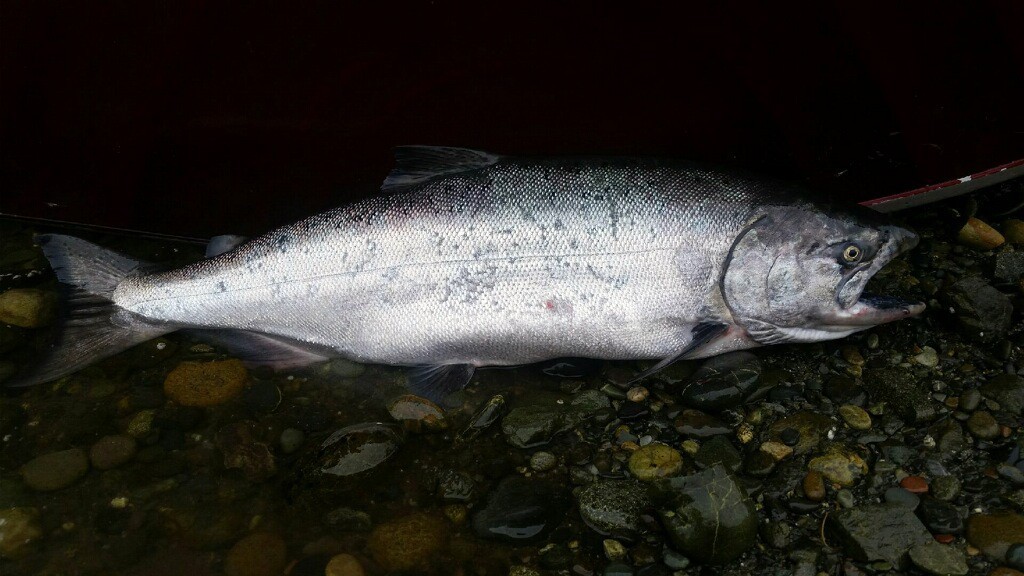 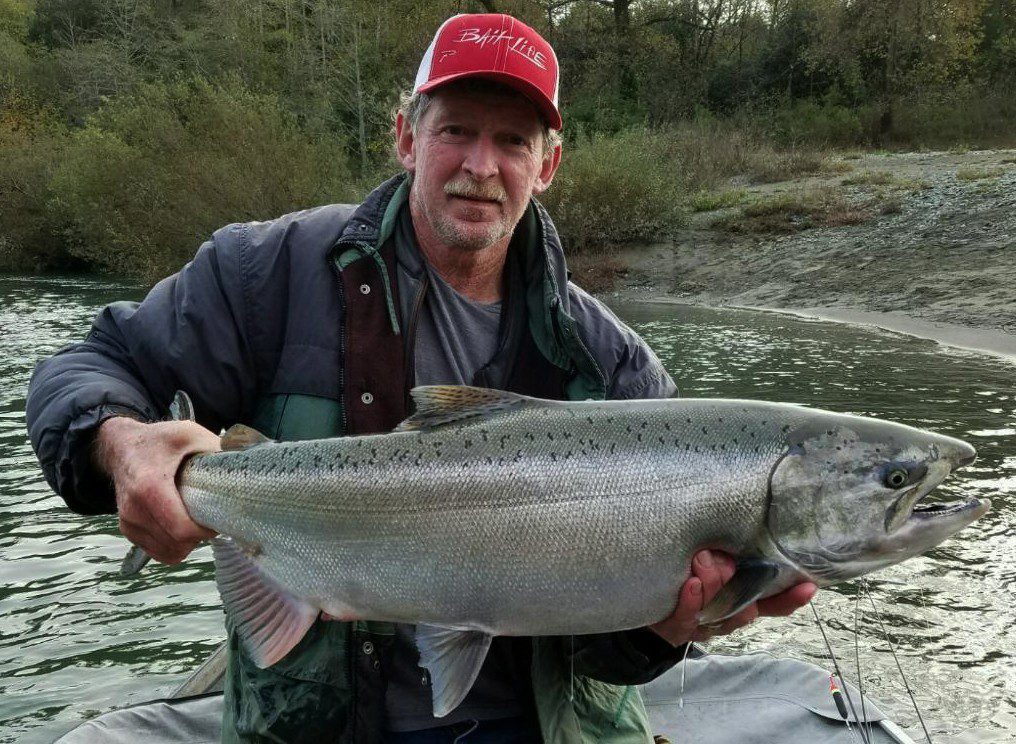