While anglers on the eastern end of Lake Ontario have been complaining of poor steelhead fishing things have been pretty good here on the western end at the Niagara River. Keep in mind, the nice thing around here is we are getting a good mix of fish. There’s a lot of lake trout, some browns and a good amount of steelhead. We have many species to target rather than only steelhead.

Our steelhead run has been an average to above average. Right now, our biggest adversary has been watercolor. It’s been brown, tough to fish and muddy. Due to these conditions I haven’t been out in about a week, but I’ll be back out tomorrow. We’ve been dealing with -20 wind chills and while we started with a mild winter things have changed in the past few weeks. Lake Erie went from three to 65 percent ice cover within a week. In fact, there was no ice bridge below Niagara Falls. Now there’s a giant one.

This is good for fishing on the Niagara. With ice now covering portions of Erie we aren’t going to have muddy conditions. As a general rule the ice bridge won’t melt or get pushed out until April, which will keep us with good conditions through March. 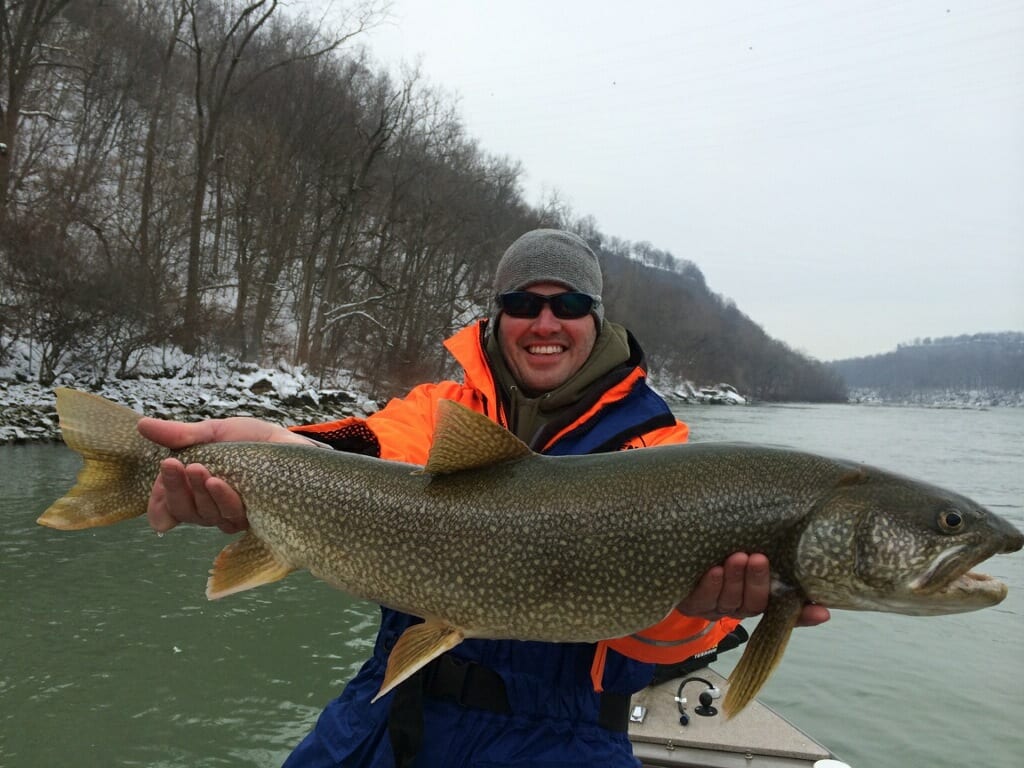 For the remainder of February and in March I’m expecting fishing to be dynamite. The water will be a little bit stained, which is good. I’ll be turning to minnows for success and dying them in Chartreuse Fire Dye. With this water being off color the dye gives you an advantage and brings a UV Glow to the bait. It makes a big difference in these conditions. The fish can’t see as well and dying the minnows makes them stand out. I’ve been using them dead and alive. 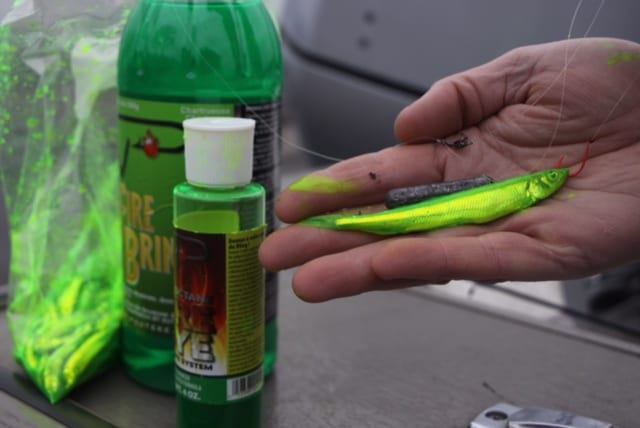 Dying the minnows is new this year, but it’s been an easy process. I’ve had a bucket of them in my boat for a week without losing any. I’m putting the Fire Dye in my bait bucket and letting it sit for a day. The live bait starts to take the dye fairly quickly, but the longer you let it sit the better the dye penetrates the scales. I’ve been running the minnows on eight-pound Seagar fluorocarbon, which is my mainline and leader. With all the minnows I’m hooking them on a No. 6 or 8 Gamakatsu octopus hook. 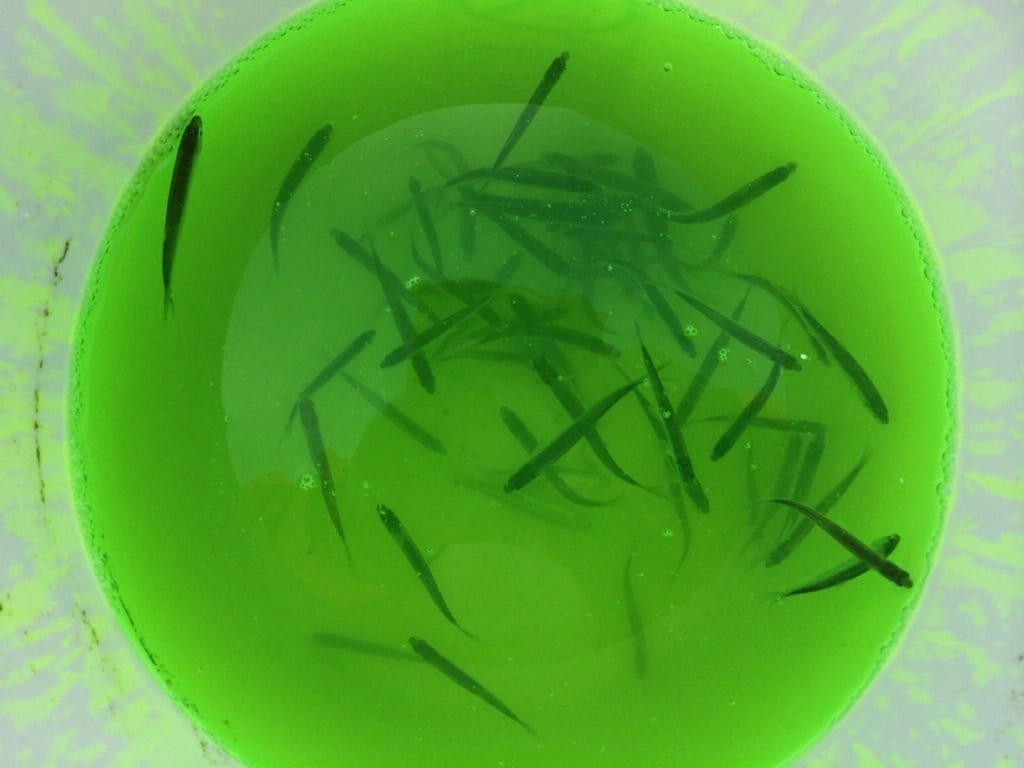 Right now we are catching fish from Devils Hole to the Niagara Bar, basically the entire lower river. The biggest factor in getting bit is the steelhead are in pre-spawn so it’s important to locate the bait. If you are marking bait the fishing is good. If there’s no bait on the drift you are wasting your time. The fish are keying in on the bait because there’s a lot of smelt in the river.

Honestly, I haven’t been running eggs like I normally do. It’s been too good of a minnow bite. And, with the minnows you widen the variety of species you can catch. We’ve been catching even smallmouth and walleye while steelhead fishing with plenty of lake trout and browns mixed in. 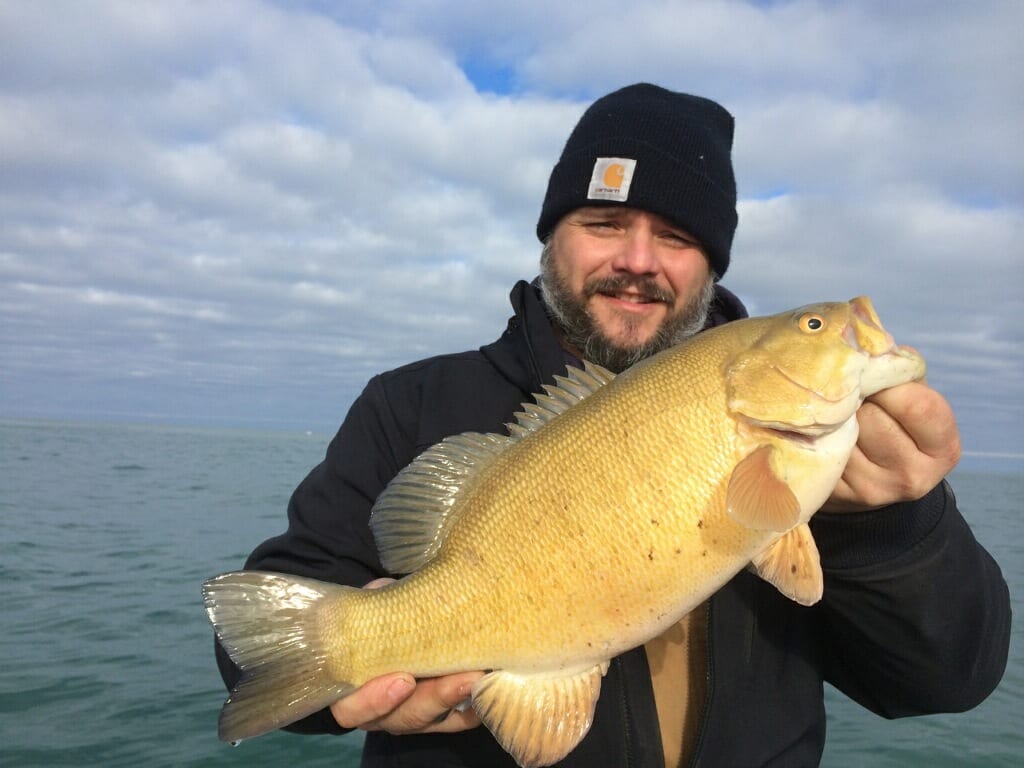