This fall’s salmon run has been one of the largest I’ve seen in my lifetime. We’ve had good numbers and large salmon. On my boat we’ve caught three Chinook over 30 pounds this year and our run isn’t over yet. I anticipate the run continuing through the second week of October and then it will start petering out. Meanwhile, I expect good coho fishing in many of our rivers through the end of the year.

This year we didn’t see many salmon migrate into our rivers from early to mid August. There were a few, but not large pushes like we are accustomed to. Fortunately, we did have a large rain event in the last week of August and that pushed a lot of fish into our river system. Unfortunately, it blew out many out of our rivers. The dirty water that stemmed from the big rains made fishing challenging for a week or two. Salmon were in the rivers, but were tough to catch because of water clarity. 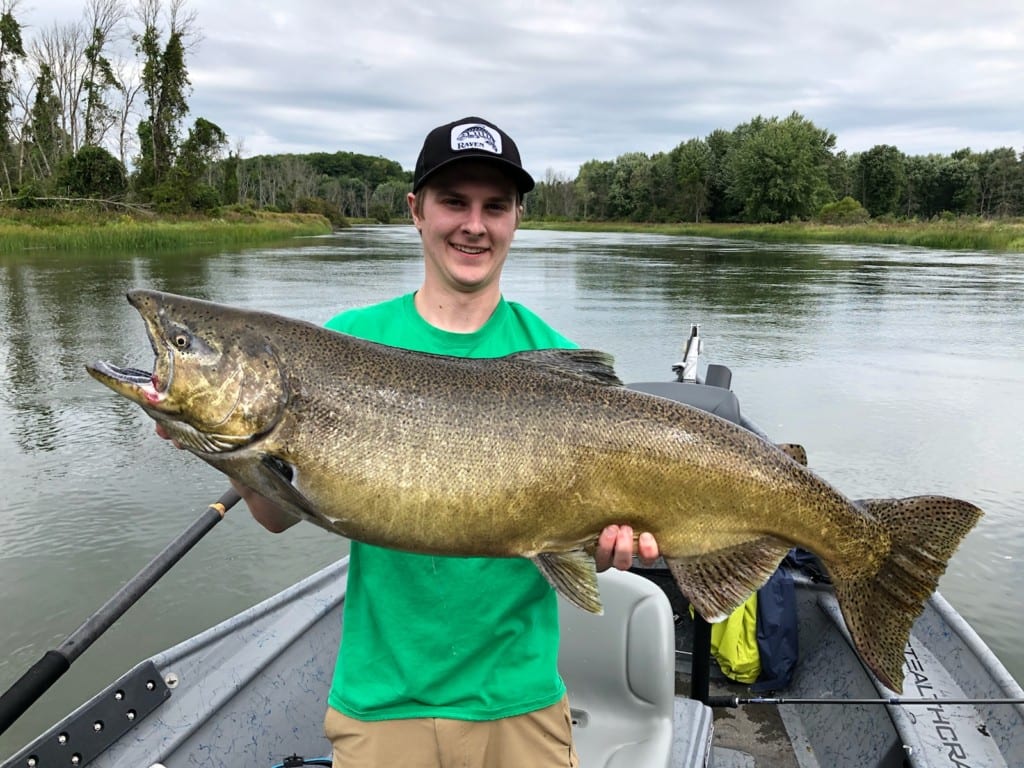 We had a huge push of salmon come in early September and then things slowed down on many rivers. Fortunately, our second wave of salmon is trickling in now. I expect these fish to continue to come in through mid October. The average size king we’ve been catching has been 15 to 25 pounds and we’ve caught them up to 32 pounds this year already. We are going to catch more big fish through the end of the season. It wasn’t caught on my boat, but I’ve heard of salmon to 36 pounds being landed in our rivers this fall. This season we’ve landed roughly five to 20 salmon per trip. That will continue through the remainder of the season. 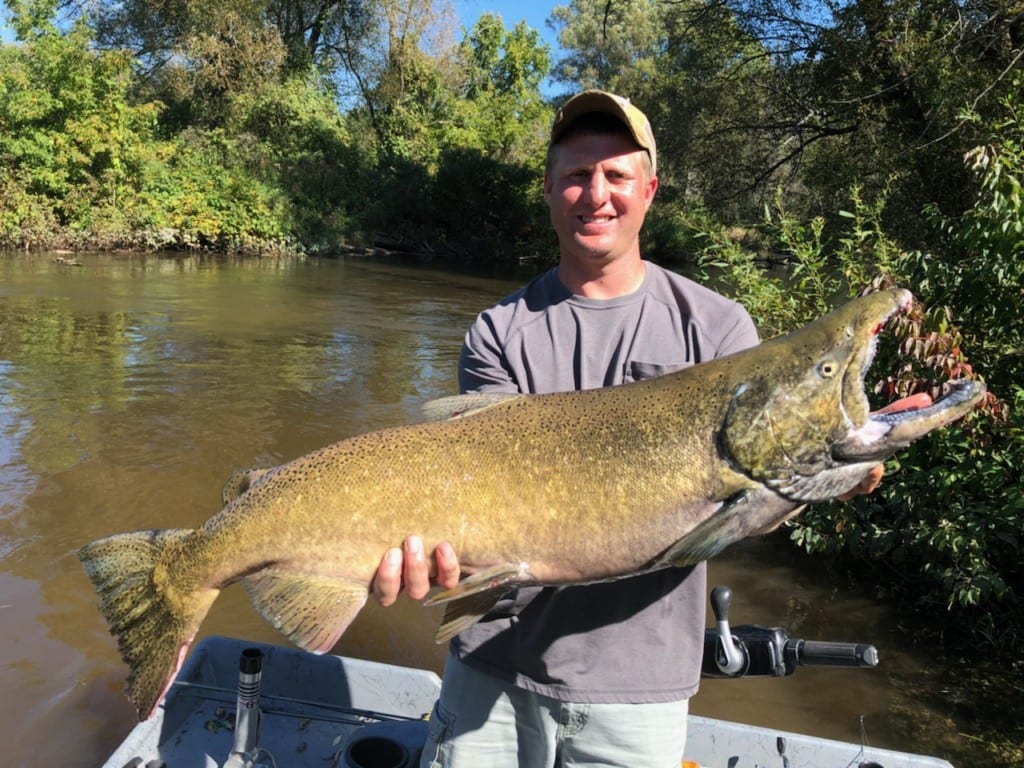 In Western Michigan where I fish all of our major tributaries have salmon now. This includes many of the well-known river systems from Muskegon all the way to the UP. Dozens of Lake Michigan tributaries on this side of the lake get good runs of salmon. All of them have Chinook now. Many of them will start to see coho soon. 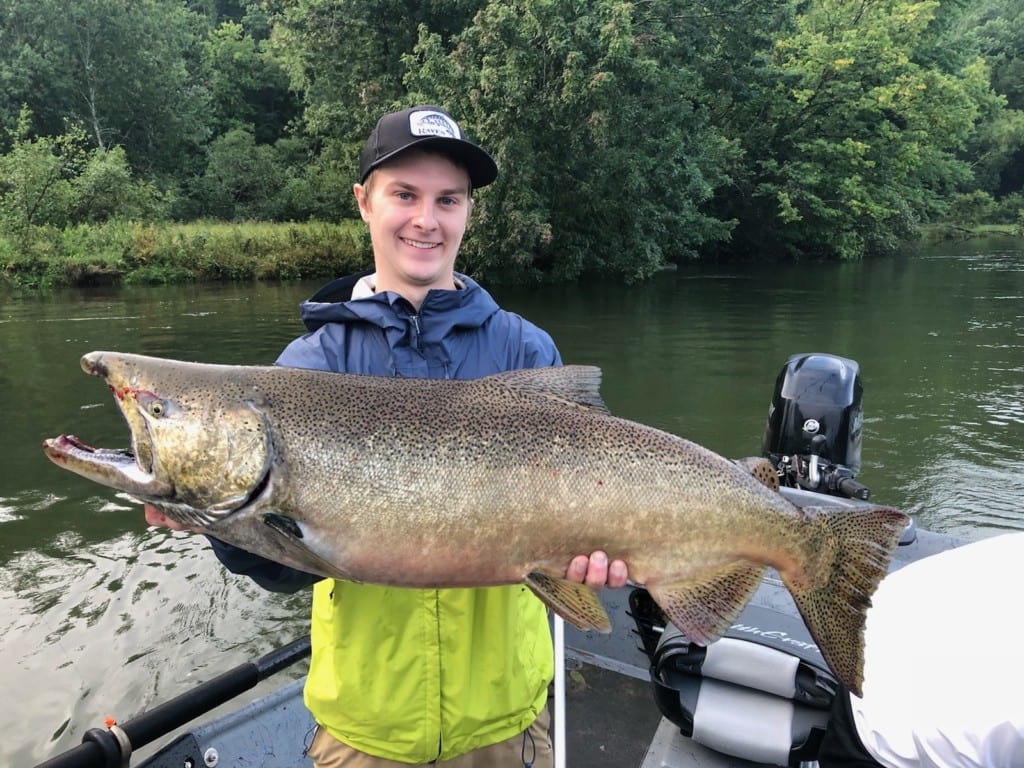 This fall I’ve been throwing some Storm Thundersticks early in the morning and then switching over to bait. I’ve been float fishing with Fire Cure skein every day. We’ve been using Pink, Red and Orange Fire Cure roe and catching fish on all of them. When running the skein I’m using 40-pound Power Pro braid as a mainline and a 20-pound Seaguar fluorocarbon leader. The skein is being fished on a size 2 Eagle Claw wide bend hook. 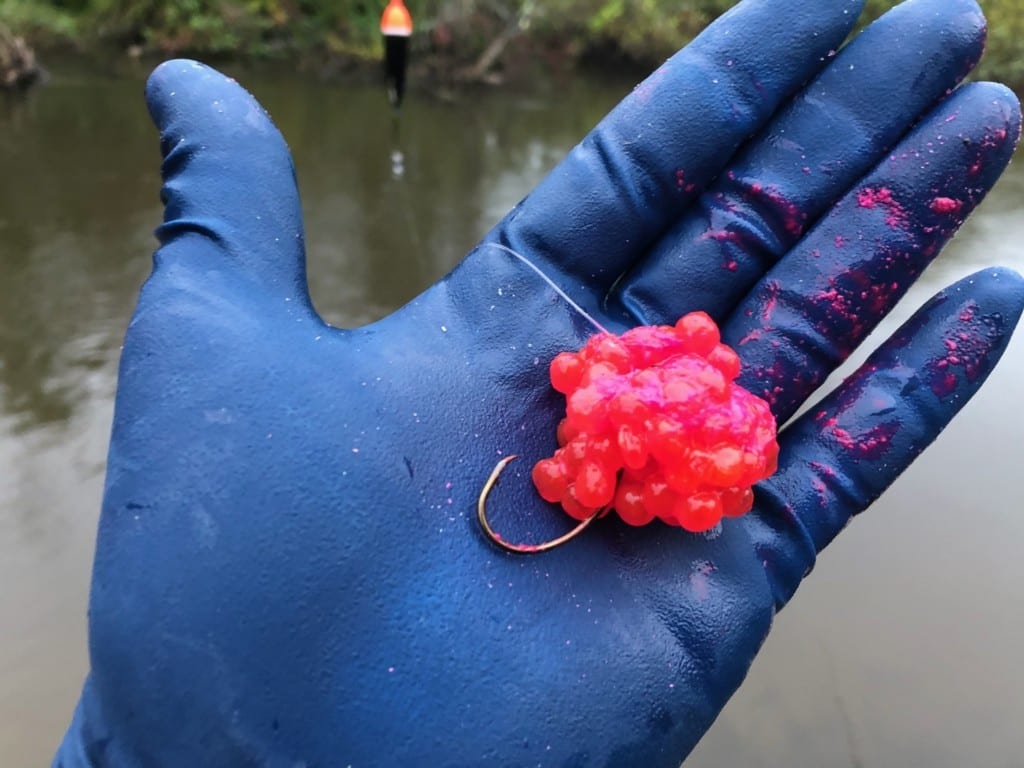 *To learn how to cure skein for Michigan salmon please see the video associated with the link below: https://youtu.be/FYMBQhRC_vE