The Klamath River is absolutely loaded with salmon right now. Unfortunately, we met the quota for adult Chinook September 12 and the Lower Klamath River is now open to possession of only jack salmon and hatchery steelhead. Meanwhile, it’s been a phenomenal run. It’s off the charts and there’s way more salmon than the experts predicted. It’s some of the best salmon fishing I’ve seen in a long time around here.

Unfortunately, we can’t target or keep adults. On the other hand, we are catching our jacks by 8, 9, 10 am in the morning and that’s two per angler and a boat full of us. Some mornings we catch and release 20 jacks in two hours, if not more. We are hooking doubles and triples almost every drift. Salmon are jumping all around the boat.

Boat traffic has slowed since the quota was met, but there’s still plenty of anglers targeting the jack salmon and catching limits daily. People just want to fish. Fishing is so easy right now most anglers wouldn’t believe it. The Klamath River salmon run has been much better than the forecast came in at. With that said once the quota is met there is no hope of any adjustments, even though the runs exceed forecasting. The good news is we are still fishing daily and catching lots of salmon. 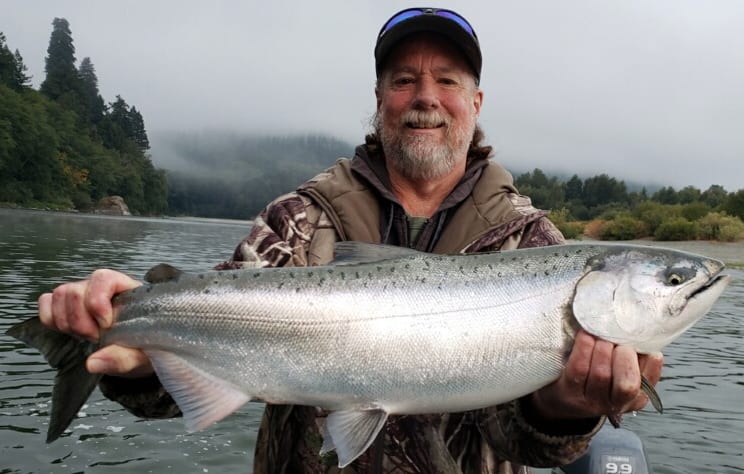 I would say the run would continue through mid October. The fish are coming through in large waves now. It’s amazing to see how many new fish have come in this past week alone. Rumor has it the entire river is loaded with salmon. The salmon are moving through the entire system. Catching jacks on light tackle and as fresh and as hot as these fish are supersedes anything you could want from a day of fishing. You hook a jack and you think you have a big king. They are unbelievable. They fight like adults and have sea lice on them. 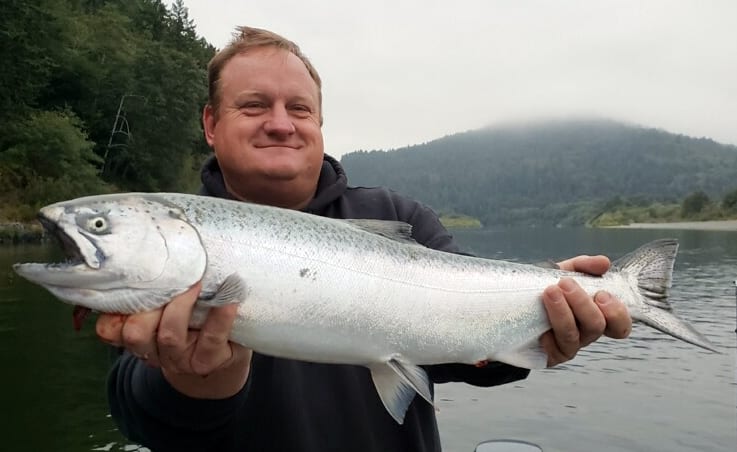 It’s been and will continue to be a bait bite. We are side drifting and back dragging roe. I’m using Red Fire Cure and pieces about the size of a quarter. Doing so allows us to catch jacks and steelhead, which have started to move in the lower river recently. Both half pounders and adults are being caught daily while fishing for salmon. Steelhead have been caught up to eight pounds, but most are three to five pounds. 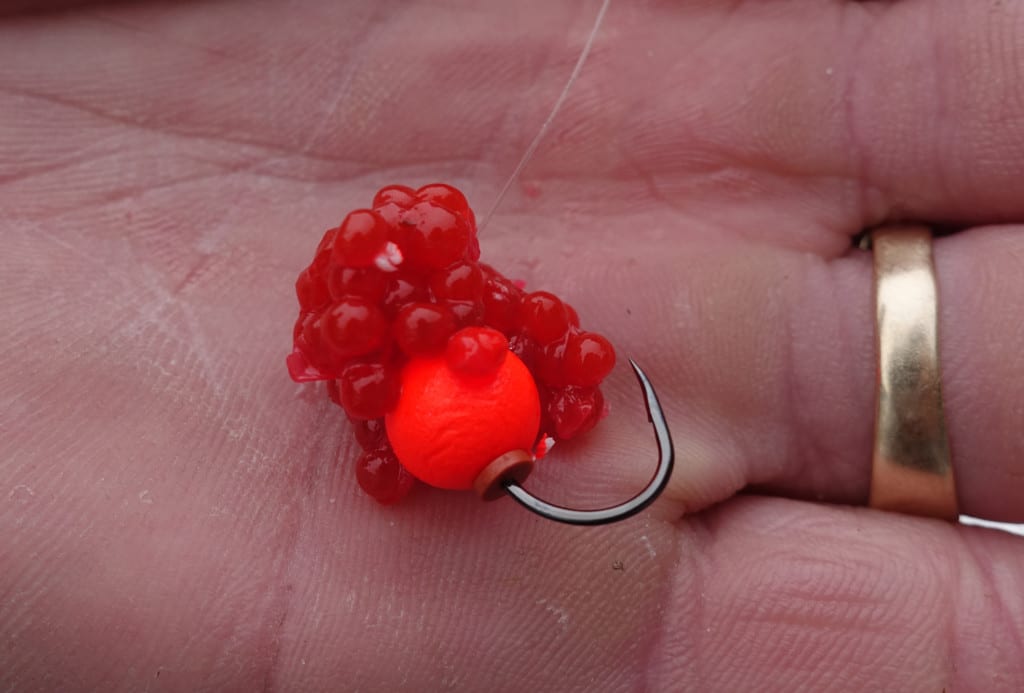 *As of today on the Lower Klamath River anglers may keep 2 jacks, 22 inches and smaller and 2 adult hatchery clipped steelhead. 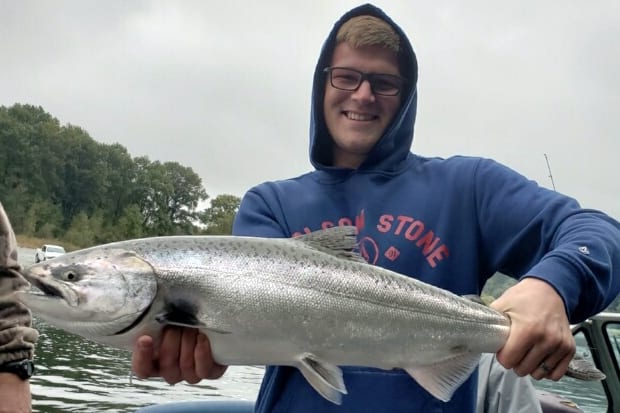