I’ve spent decades fishing all over North America and grew up catfishing in the Midwest, but I learned something new while targeting catfish in East Tennessee. I learned that fresh, raw, thick-cut, boneless, skinless chicken breast catches catfish, and it may work better than liver, stink baits and other cut baits that I’ve been using since I was a kid. These Tennessee catfish devoured chunks of chicken.

To catfish guide Richard Simms this was no secret. He stated this has been his go-to bait for catfish for decades and doesn’t deviate from using it. We had joined Simms for a test. I was in the area with Pautzke Bait Company, who had contacted Simms about testing out their catfish scent, dubbed “Catfish Nectar.” Even after announcing he didn’t believe scent would work better than plain chicken Simms thought it would be fun to participate and agreed to take us out. 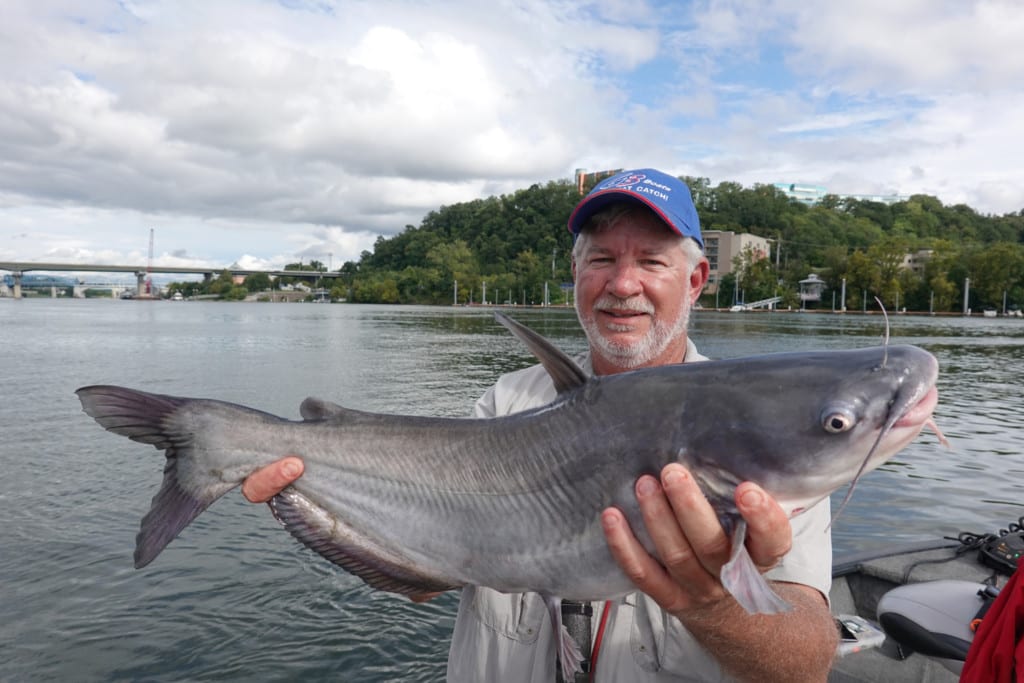 Our mission was to fish the chicken breast soaked for 24 hours in Pautzke Catfish Nectar and see how effective it would be on the Tennessee River. We sent Simms sample bottles so he could soak the Catfish Nectar on the same chicken he uses daily in order to gain accurate data. Simms, however, opted to only use his raw chicken during the test. 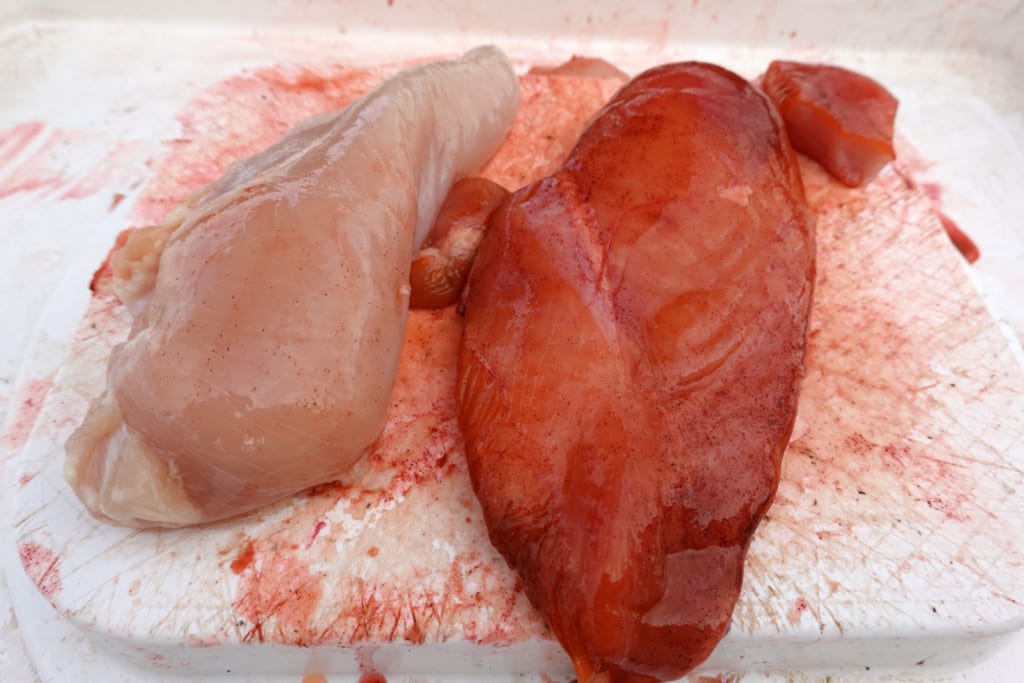 Simms took us on his boat to Downtown Chattanooga to drift the Tennessee River and complete the field test. We didn’t arrive on the river until late afternoon and only spend a few hours fishing. It was apparent that the blue cats were in the mood to bite. We caught and released dozens of catfish in a few hours. It was obvious that the Catfish Nectar was working. My cameraman and I caught and released dozens of catfish using the chicken soaked in Catfish Nectar. Simms caught plenty, too.

“I hate to admit it, but they probably caught more (catfish) than me,” Simms jokingly told Pautzke Outdoors while being interviewed at the end of the trip. “I think it’s because there were two of them. There is absolutely no doubt that the Catfish Nectar has performed extremely well.” 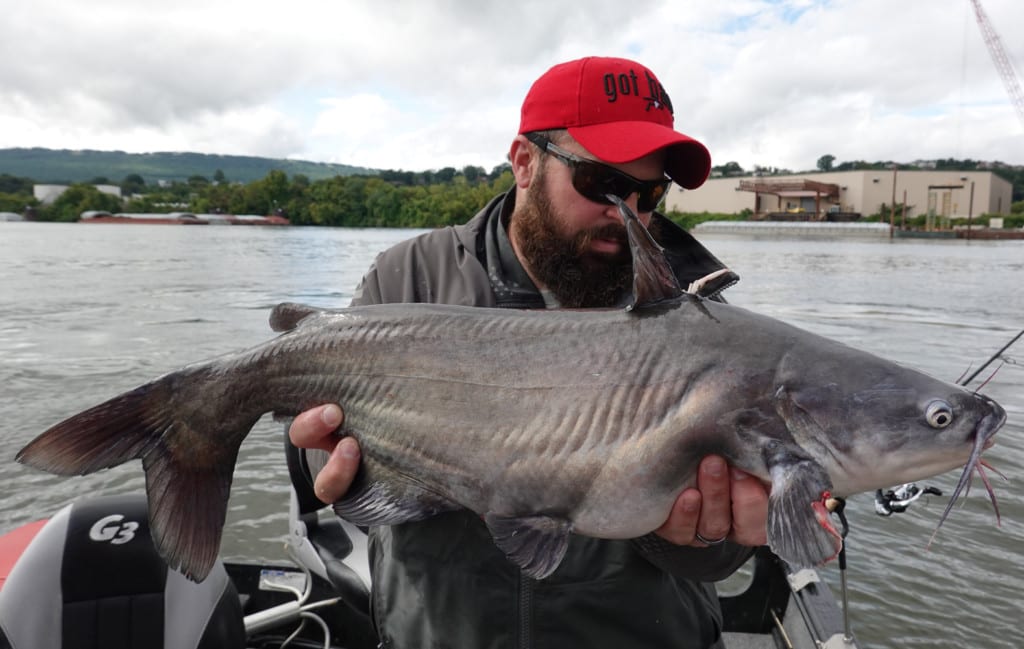 To us this wasn’t about trying to catfish more fish than Simms. It was a test, one that Pautzke has performed in dozens of states in recent years. This result has been common. On this day in East Tennessee Catfish Nectar showed its worth. Regardless, everyone had a good time and caught fish. We also caught the largest catfish of the day on the chicken soaked in Catfish Nectar. When it was all said and done Simms smiled and reiterated, “Catfish Nectar does work.”

We had a blast fishing with Simms, who clearly knows this river well and has mastered the art of catching catfish using light tackle. We were using six-foot medium-to-light rods with 20-pound braided line and smaller 2/0 hooks. This truly made every fish we hooked feel like a trophy catfish. 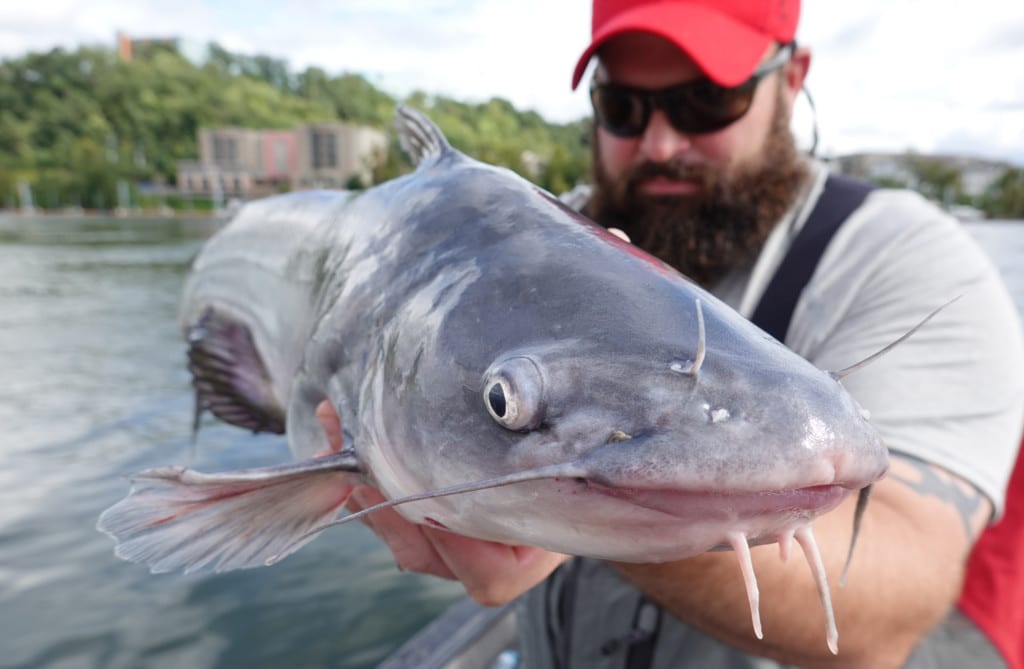 While tourist season has winded down in Chattanooga it was obvious that the catfish didn’t go on vacation. They remain in this section of the Tennessee River in large numbers. According to Simms they’ll continue to bite through fall as temperatures cool. Now’s a great time to get out on the river and soak chicken (or whatever your favorite catfish bait is) in Catfish Nectar. The catfish proved to us they prefer it.

*Special Note: Catfish Nectar is available at Walmart, Bass Pro Shops and online from many retailers. 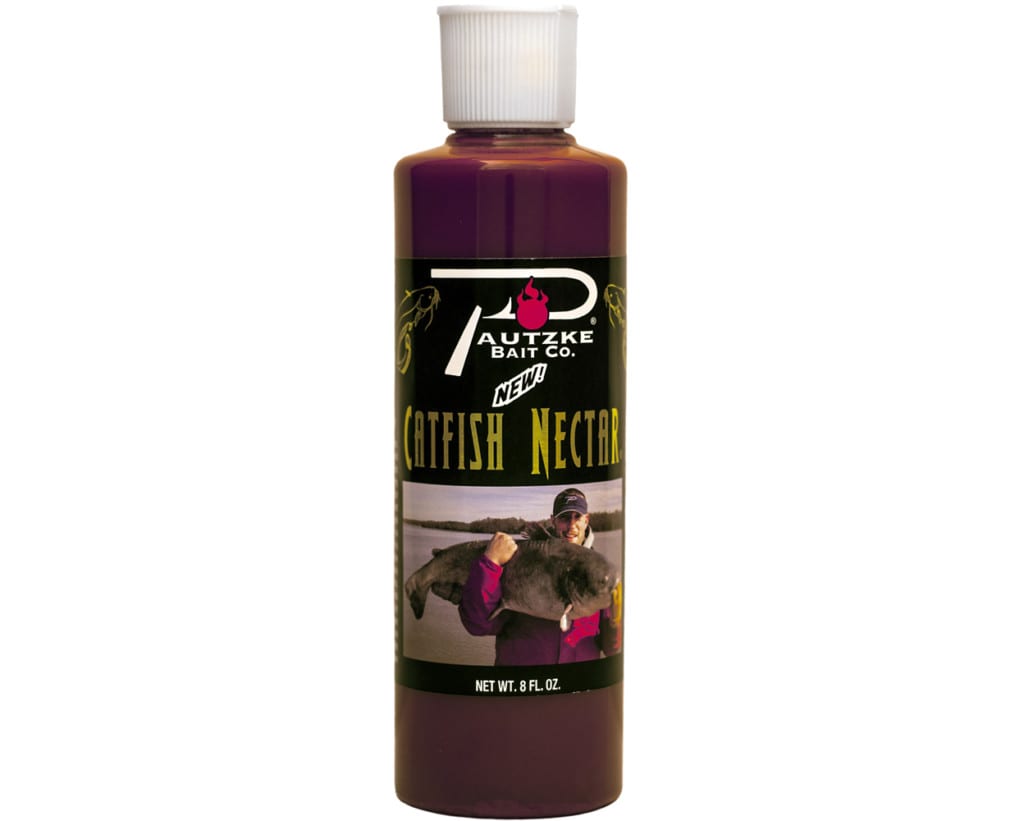