We are knocking on October’s door, which means the upper sections of the Sacramento River will see impressive numbers of king salmon. Currently sport anglers and salmon guides are seeing lights-out style fishing near the Barge Hole and are catching limits daily. I believe this is the best salmon fishing we’ve seen since 2013. October will be a fantastic month for salmon fishing,

Most of the northern guides, such as myself, are fishing above Orland and catching bright salmon daily. With cool river water temperatures all productive holes above and below Woodson Bridge have been holding good numbers. Its been a banner year already as far as available fish, but the one fish limit has hurt many of the guides who are seeing reduced bookings. People who typically hire Sacramento River salmon guides are conditioned to a two fish limit and many have been reluctant to book a trip knowing they can only harvest one fish. One and done has been the slogan many guides have been using to describe this year. 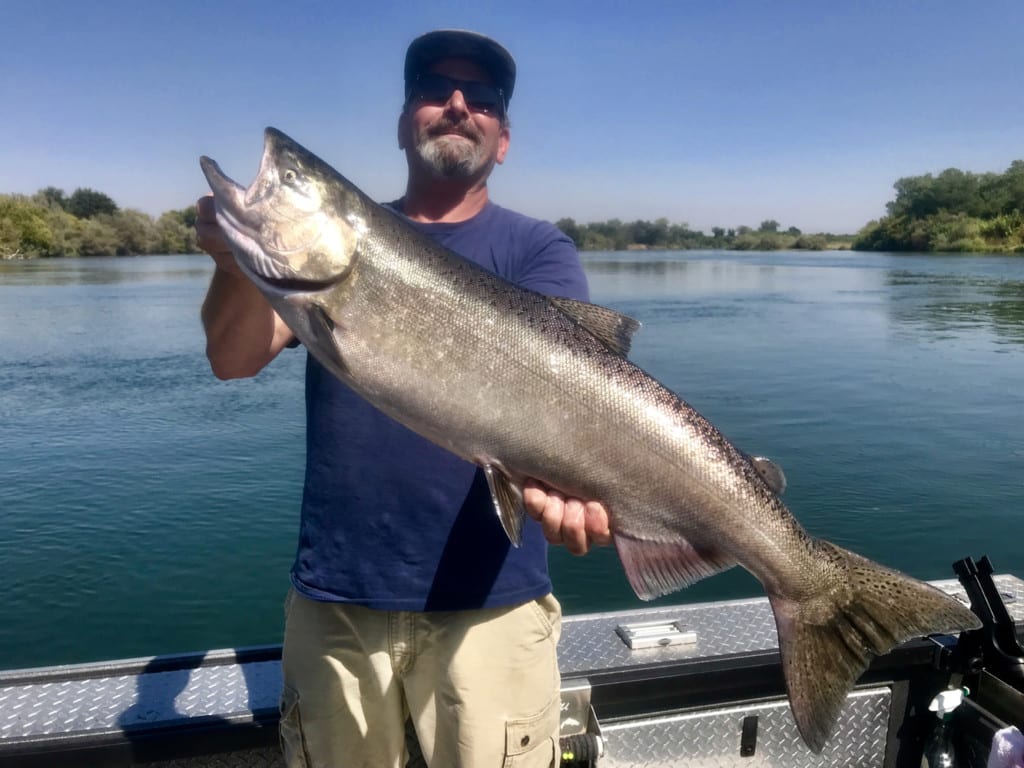 The Sacramento River fall run will taper off in late October, but our late fall run should be available in good numbers from mid November until the Sacramento River closes December 16th. The late fall salmon are often the biggest and brightest the Anderson area will see during our five month salmon season. 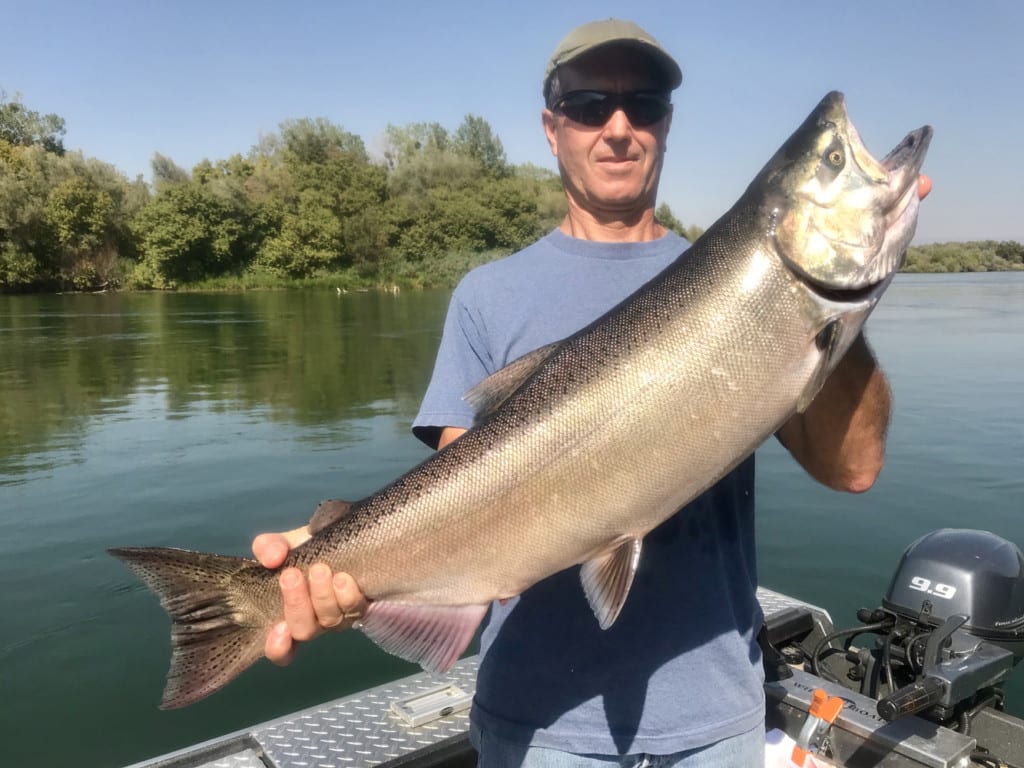 There are many techniques anglers use to catch Sacramento River salmon. Back trolling big sardine wrapped plugs at first light is common. Most drifting roe after the sun hits the water. With water temperatures hovering around 57-58 degrees in the Corning stretch of the Sac, the roe bite has been on fire this year. I’ve limited on Pautzke Fire Cured eggs just about every trip so far since and I started fishing in late August. I’m enhancing my eggs with two scents: Fire Power (krill powder) and Atlas Mike’s Sand Shrimp Glo scents.

Boondogging from a jet boat is by far the top technique on the Sacramento River when drifting eggs. The diehard plug pullers are still out there corking the holes, but the guys drifting eggs are catching way more fish. Drifting eggs has really caught on here in the Sacramento Valley. More boats are heading out in the morning with spin rods than ever before. My typical set up includes a small cluster of Fire Cured eggs, a #4 Gamakatsu hook tipped with a #3 Mad River Mfg. Fish Pill, and is attached to a 5’ foot 15 lb. leader. The weight systems are simple and include a quarter diameter piece of pencil lead attached by an inline snap swivel. We’re covering a lot of water in a short amount of time, giving our Fire Cure roe a lot of looks on every drift. 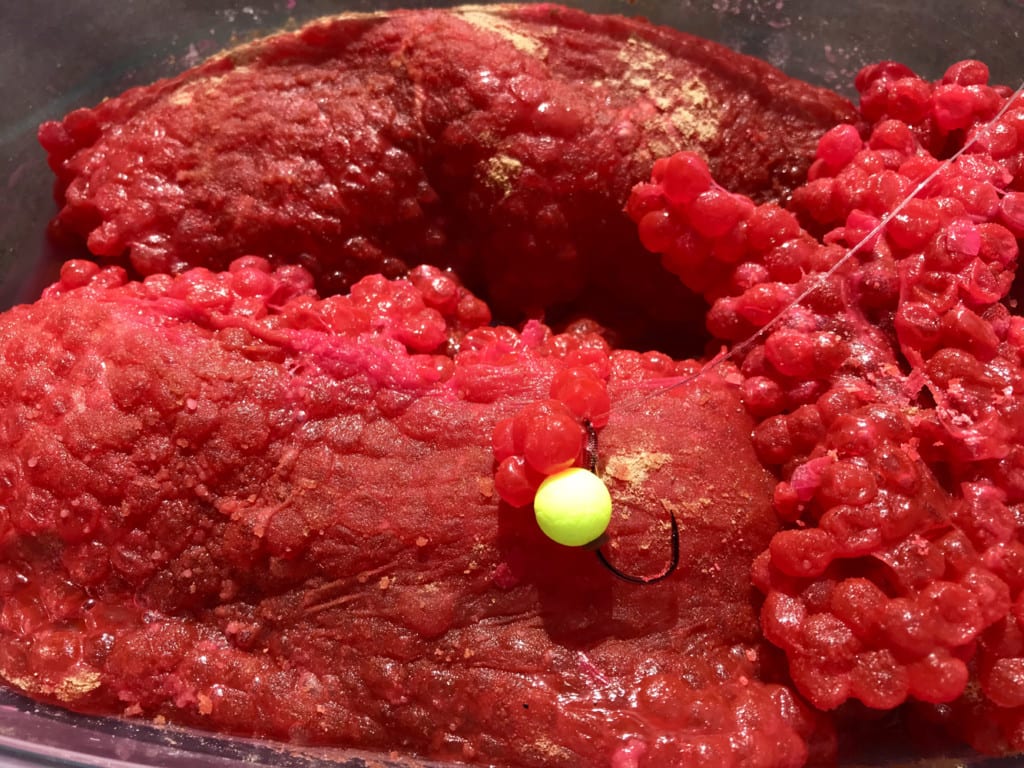 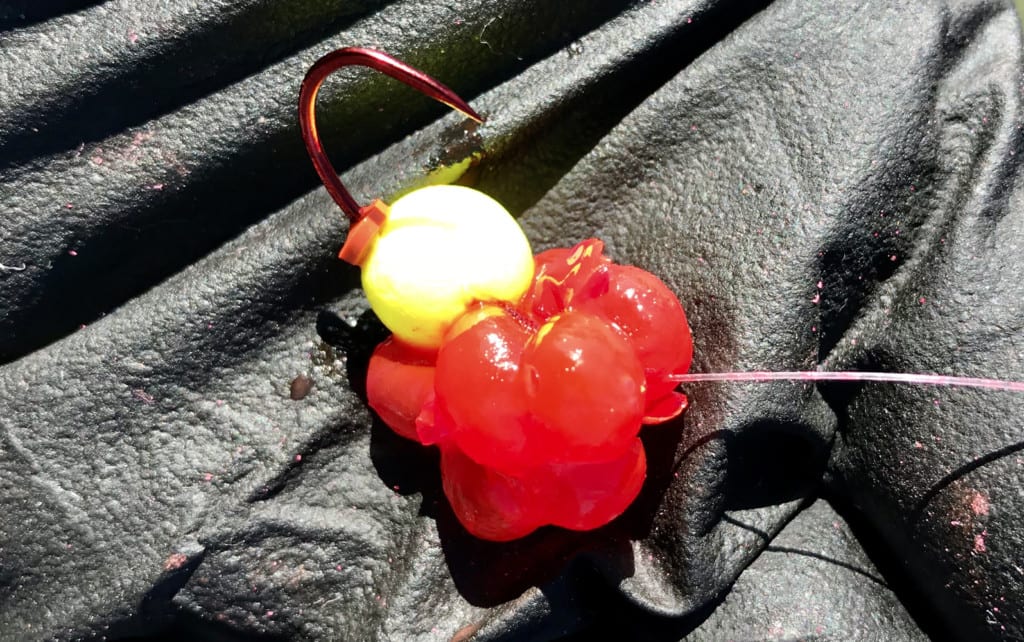