We’ve had very poor returns the last two years on New York’s Salmon River. Fortunately, this year has been a wonderful turnaround. It’s been great compared to the last two years. We haven’t had a run like this since 2013. It’s been a steady flow of salmon and they’re still coming. We saw a bunch of fresh fish come in today and more are coming our way.

What impresses me most is the size. It’s not the size we saw in the 80s and 90s when someone caught fish in the upper 30s daily, but there are more 26-30 pound kings than we’ve seen in a long time. It hasn’t been since the late 90s since we’ve seen fish this size. There’s not many 35-pound fish, but we are seeing a lot of upper 20s and many big, healthy fish. 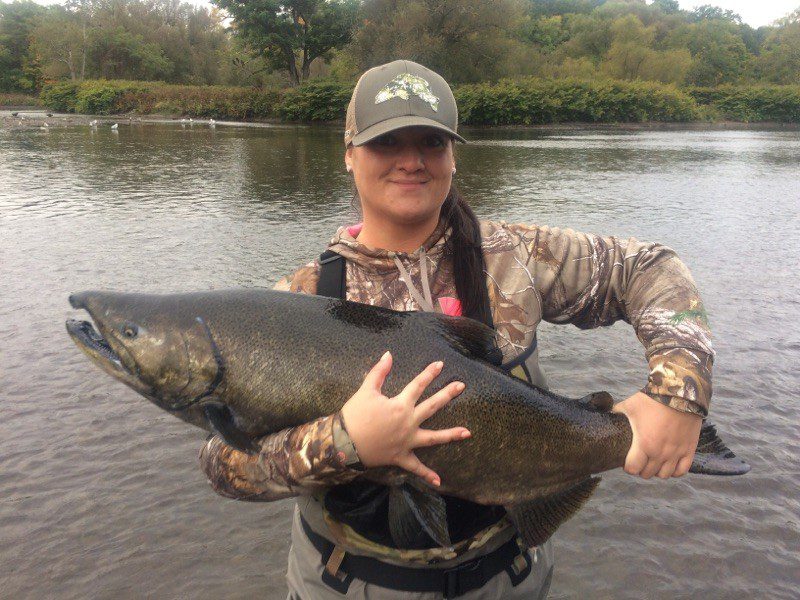 Salmon trickled in as early as mid September, but as the middle of the month arrived more salmon came daily. The first big run of fish came September 22 and then in the last two weeks fish have poured in. October has brought far more salmon than September did. If the salmon stopped coming today I’d say 70 percent came in October.

Every thing seems to be behind schedule. It’s going to be 80 degrees tomorrow and in mid October, but I still see salmon coming. I think we’ll see pushes of fish through the end of the month. How many more fish are coming I’m not sure, but we know there’s more coming. On years when we had a lot of fish this used to be the case. There’s salmon spread throughout the river and the river is busy, which is normal. I think it’s busier now than it was Columbus weekend. Word has got out that the fish are here. 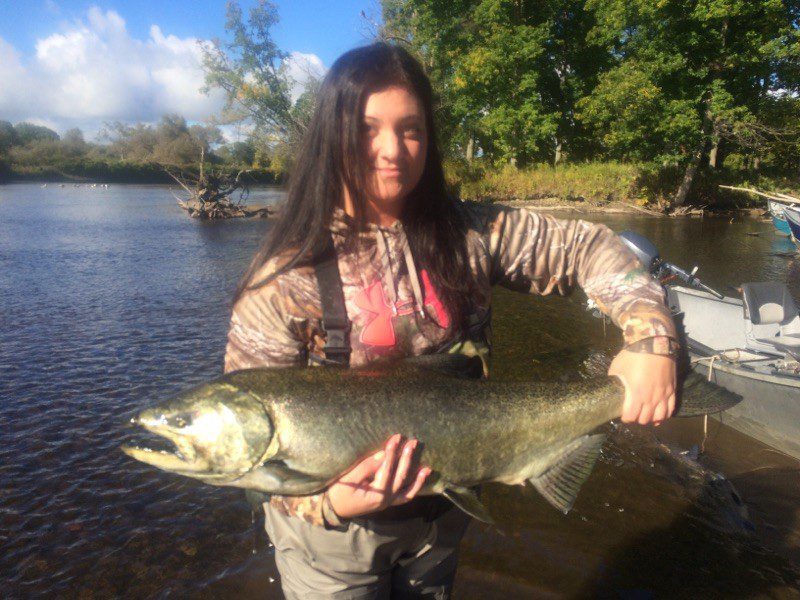 Usually when we get our last runs of salmon the steelhead are right there with them. Right now I’m only getting a few steelhead. The steelhead aren’t here yet, which tells me more salmon are coming. There will be salmon in the river into November and then after that it’s steelhead time. We’re expecting a good steelhead run, too. I’m excited for the season.

There’s various ways to catch salmon. Throughout the early season I have to be honest I was swinging flies because that’s what my clients wanted to do. However, right next to us there were guys in the estuary floating skein under a bobber. I watched a guy catch three right next to me on the cured skein.

Those salmon have moved upriver and many anglers are using Fire Cure skein to target them. The number of anglers I see daily on the Salmon River using skein has gone way up in recent years because it works. We’ll use Orange, Red and Pink Fire Cure through the salmon season. I’d recommend quarter to half-dollar size pieces of skein. I’m fishing them on 15-pound mainline of Maxima Ultagreen with a 12 or 15 pound Maxima fluorocarbon leader. We use a Mustad 92567 size 1 hook to fish skein.

With this said I’m also using BorX O Fire cured egg sacks daily while searching for steelhead and still catching plenty of kings with them. Blue sacks have been our staple so far. That’s my go-to color for steelhead and brown trout, although we haven’t had many browns yet. 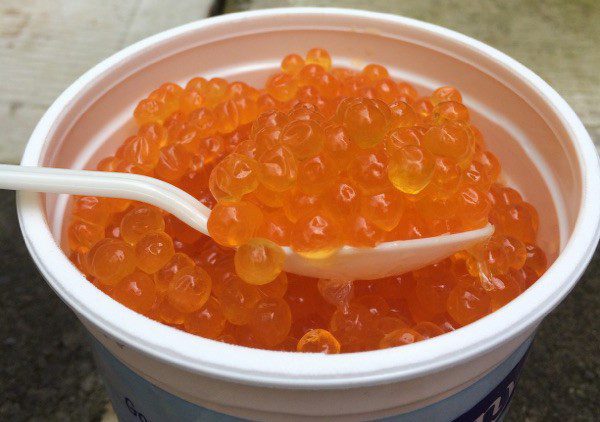