For most Southern Oregon anglers November is a favorite time to chase fall kings on the Oregon Coast. However, I like to stay close to home in the Rogue Valley and target steelhead. For the last two months summer steelhead have seen nothing but flies on the Upper Rogue River near the town of Shady Cove. That all changes today (November 1st) when regulations allow the use of bait and lures again.

The Rogue receives fresh summer steelhead starting in May and they keep coming into November. These fish stack up in the upper section of the river waiting for big winter storms to be able to enter the tributaries or hatchery. With so many fish stacked up, November is often the best fishing of the year. After seeing nothing but flies for two months, the steelhead can’t resist cured eggs floating by their face. 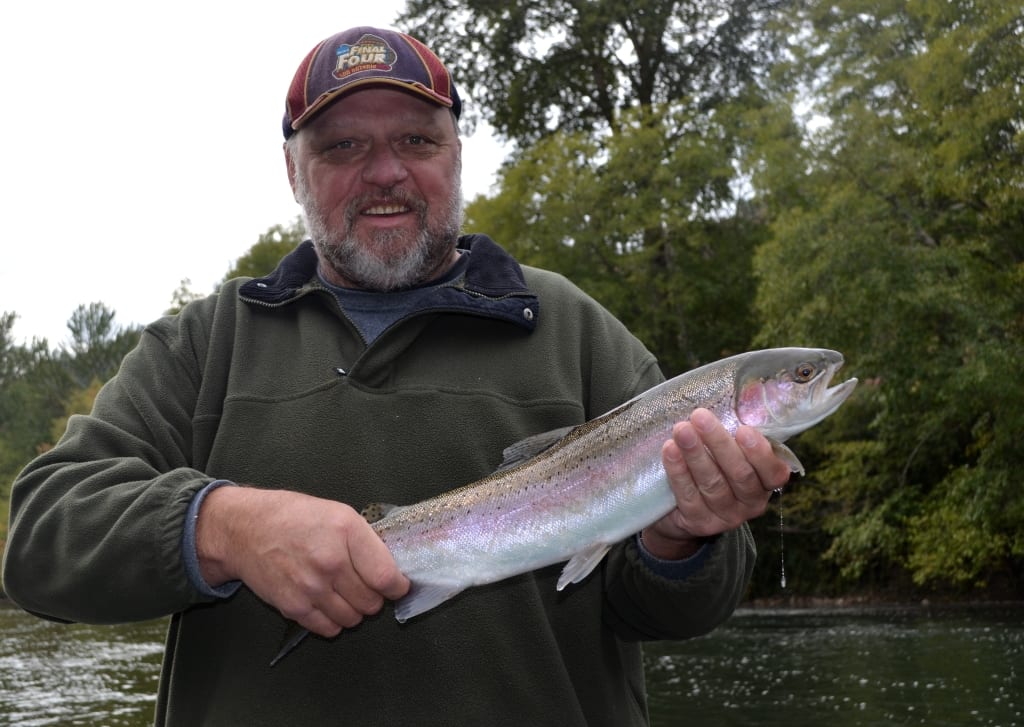 Side drifting small clusters of cured eggs is the most productive and by far my favorite technique. The river is often low and clear in the fall, therefore dime to nickel sized pieces of eggs cured in Natural BorX O Fire are my top producer. Meanwhile, I’ll sometimes also run one rod with Red Fire Cure eggs when there are coho around, or even to give the steelhead something different to look at. 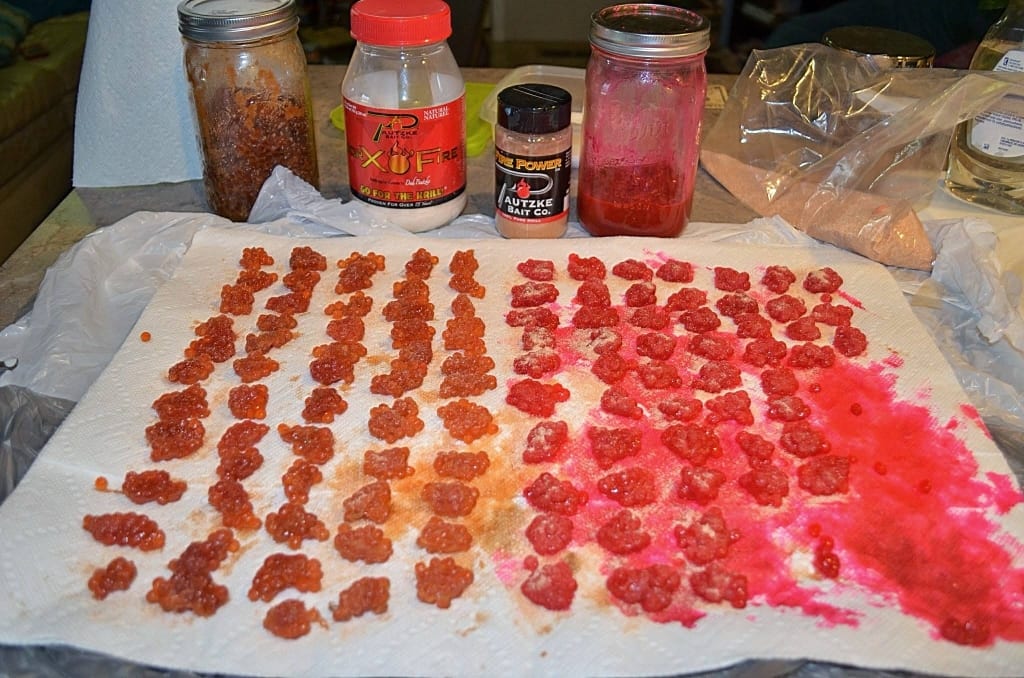 Summer steelhead on the Rogue average three-to-six pounds. A large fish can reach into the lower teens. The run is comprised of approximately 60% wild and 40% hatchery so there is always a good chance of taking fish home at the end of the day (wild fish must be released). 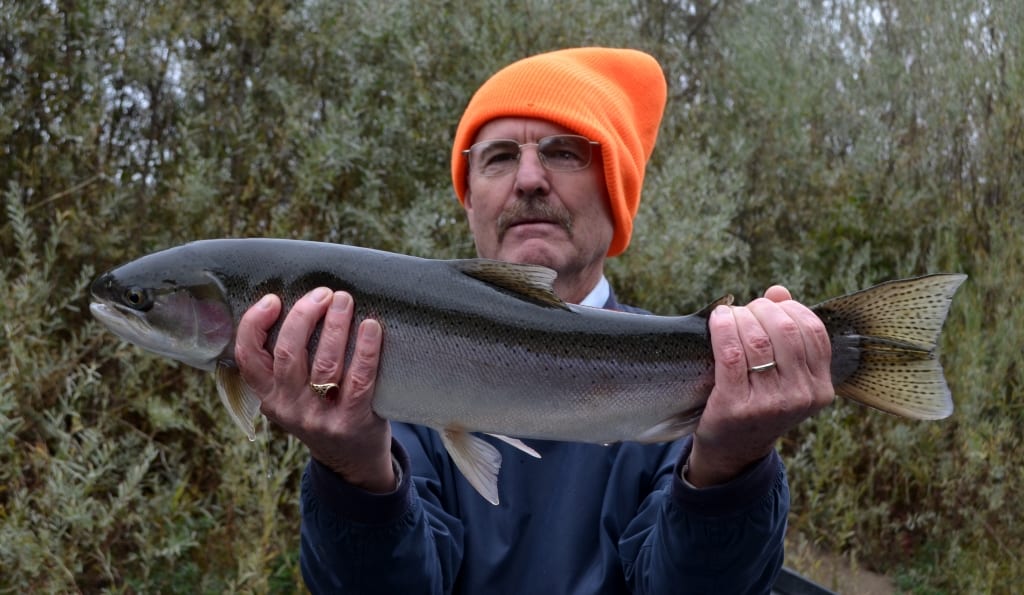 Today’s opener is setting up perfectly. Opening day is often the best with double digit hook ups common. Things can sometimes slow down right after opening day due to all the pressure. However, this year the forecasts are calling for a big storm to hit us, which will help us in a couple of ways. The crowd will most likely be smaller on opening day and the rain will help to draw up even more fresh steelhead. The entire first week of November has the potential to be awesome and the good fishing could easily hold on tell the next storm rolls in. 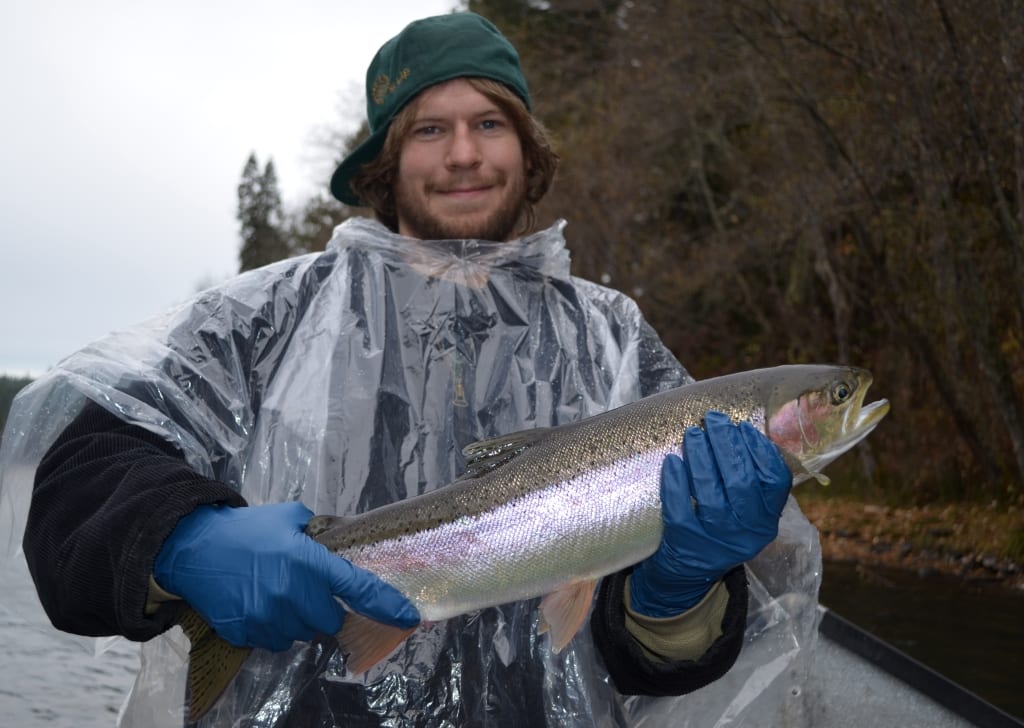 Editor’s Note: Anglers are allowed to keep two hatchery steelhead or coho a day. All wild fish must be released. Bait is only allowed above the boat ramp in the town of Shady Cove. Below this point is still restricted to artificial lures only. Steven Theel operates SO Chrome Guide Service. For more info on his Upper Rogue guided drift boat trips please visit www.so-chrome.com.