While portions of the Sacramento River opened to salmon fishing last weekend the bite is slow as we expected. Meanwhile, those of us targeting trout are experiencing excellent action near Red Bluff. On a normal day action is constant. Normal days are common this time year because the weather and flows tend to be stable. We don’t tend to have huge releases of water or big storms.

On a good day, if fish from 6am to 1pm, we tend to land about 25 fish. That doesn’t count the fish that are hooked. Oftentimes, we’ll hook more than 50. This summer most of the rainbows we’ve been catching are running one-to-four pounds, with the occasional trout topping six pounds. These fish are in great shape and have vivid and vibrant colors.

There’s no significant reason behind the stellar summer bite. We simply have a ton of quality fish in the river right now, which has been the case for many years. Even when air temperatures creep above 110 degrees we have a great bite because the water stays cold thanks to releases from the base of Shasta Dam. This fishery is in great shape.

Trout can be found from Redding to Los Molinos, a distance of roughly 50 miles. Breaking those sections down isn’t too difficult. I’m looking for certain depths and speed. When I’m fishing Glo Bugs with eggs I’m looking for riffles and that entire section has riffles. The tailouts also harbor fish. There’s no shortage of places to target trout.

These trout live here. They bite all year. The only difference is we change tactics at different times of year. This pattern will persist through October or until the salmon start to spawn. There’s little pressure this time of year as many anglers are chasing other species or beginning to think about salmon. 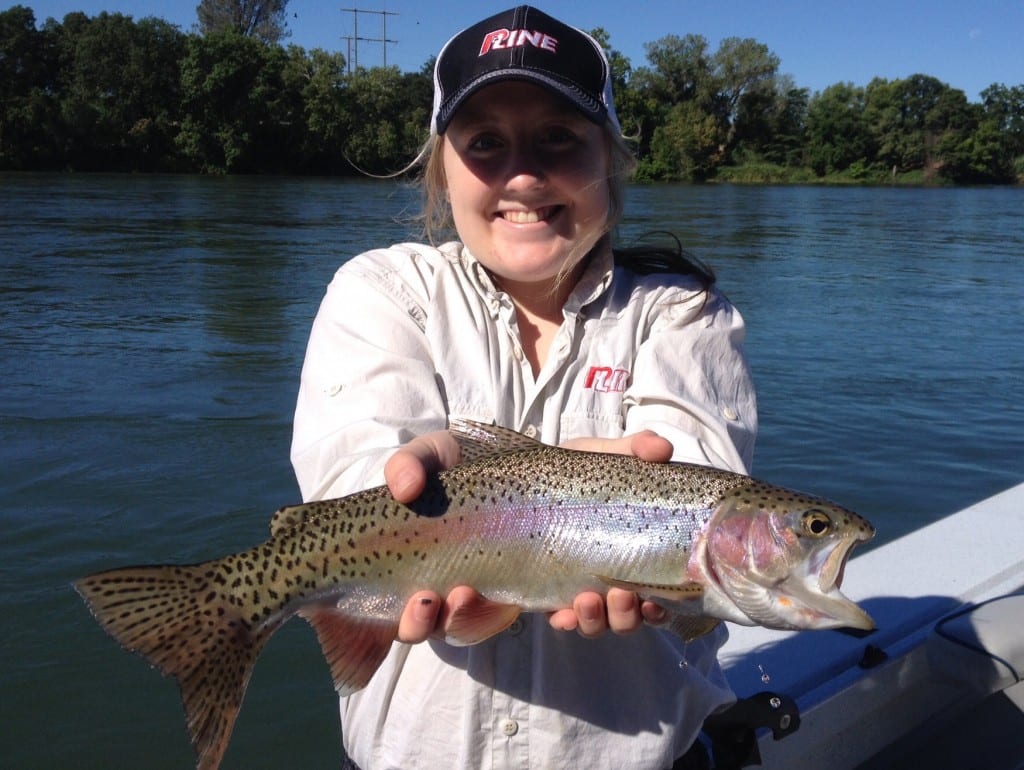 I use 2.5 MagLips in the morning and then I’ll switch over and drift Glo Bugs with the new Pautzke Pink Shrimp eggs on them. You can catch fish with just Glo Bugs, but they bite them better with the salmon egg smell on them. We’ve also been running the new Chartreuse Garlic eggs. I like them because they add a strong contrast to the Glo Bug and great smell.

I’m running P-Line six-pound fluorocarbon and tend to use both techniques daily. The fish are more aggressive first thing in the morning and bite those plugs hard. Typically, by 9am the plug bite expires and the bite migrates to the riffles, which is where we use the Glo Bugs and eggs.