The fate of the Sacramento River has been blown out of proportion. Yes, we are dealing with a drought and we don’t have any high releases, but it isn’t like you can walk across the Sacramento River. There’s a lot of water still coming down and one third of the river still has a lot of cold water. Sure, we are a few degrees warmer in some areas, but this isn’t stopping salmon from coming.

I’m expecting a solid year. Our opener was slow, but that’s typical. On the other hand, by no means is that a reflection of how our river season is going to be. As a matter of fact, the guys trolling outside the Golden Gate are starting to catch big salmon, which is a great sign for us. Another important factor: we have a full moon this weekend. I’d imagine we are going to see a lot of fresh fish next week that come in on the full moon.

The Sacramento River opens Saturday (the lower river opened a few weeks ago), which means most of the river will now be open to fishing. Check regulations because there are boundaries in the Redding area that are closed to protect natural spawning fish. This is normal and has nothing to do with low water and drought. Unlike Oregon and Washington that are dealing with closures we aren’t going to be dealing with that, have plenty of fish coming and lots of cold water available from Lake Shasta. 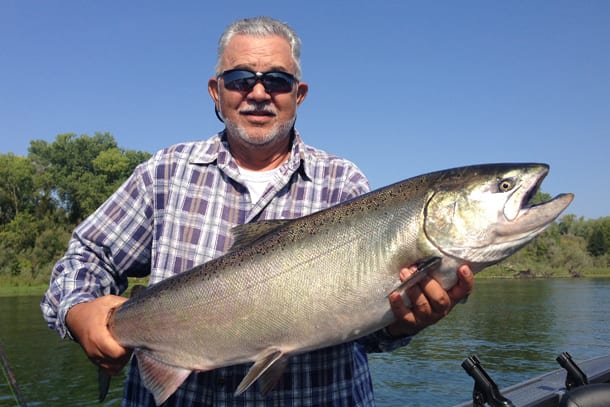 I’m going to reiterate this. There’s tons of salmon coming and it’s going to be epic. I’m expecting the salmon to slug up a little bit, maybe in a little tighter area because of warmer water lower in the system, but that’s no different than we are used to. As a matter of fact biologists are predicting more salmon returning than last year and last was very good.

These first pods of fish are going to file in slowly, as they always do this early in the season, but once we start getting towards the end of August it’s going to be steady and consistent. I expect good to spotty fishing through the middle of the month and then strong fishing every day. The reality is we don’t know how many fish are in the river now until we start fishing, but there’s a pile of fish coming. 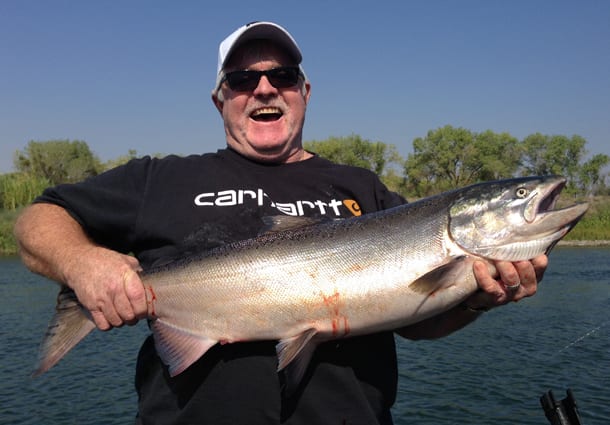 Before the sun hits the water we wiggle some lures around. I’m using Yakima T-55s and it’s no secret chartreuse and silver is my favorite. With lures we’ll be targeting those deeper slots where the salmon might be spending the night. We’ll do this until the sun comes up and then switch over to bait. I’m running my plugs on 50-pound P-Line braid to a 30-pound P-Line fluorocarbon leader. Keep in mind, we always wrap our plugs with sardines that are marinated in Red Pautzke Nectar. If you click on the link below you can see exactly how we do this. It’s become standard for most veteran guys on the river. 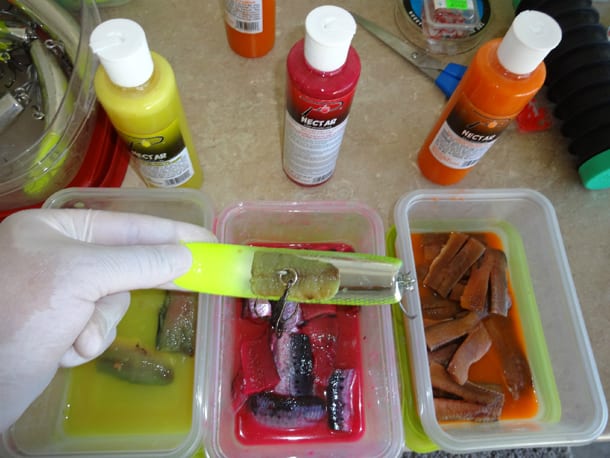 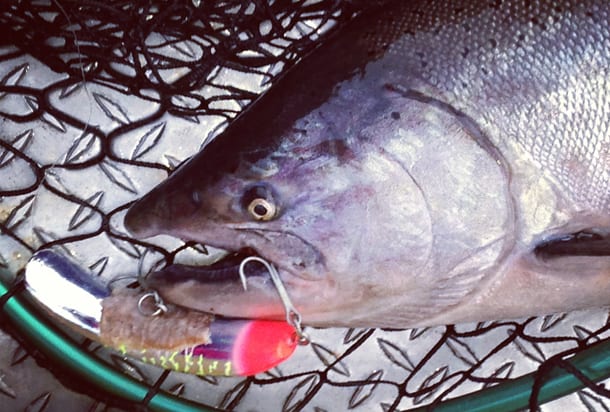 I’m expecting an epic roe bite. Early in the season it’s pretty nice to have those first pieces of roe they’ve ever seen in front of them. Fishing roe is so much more productive because you are covering so much more water at a faster rate to find those fish. I’ll be using my normal mix of Red Fire Cure, touched up with Natural BorX O Fire and covered in Fire Power (krill powder). The exact process we use to catch limits can be found via the link below. 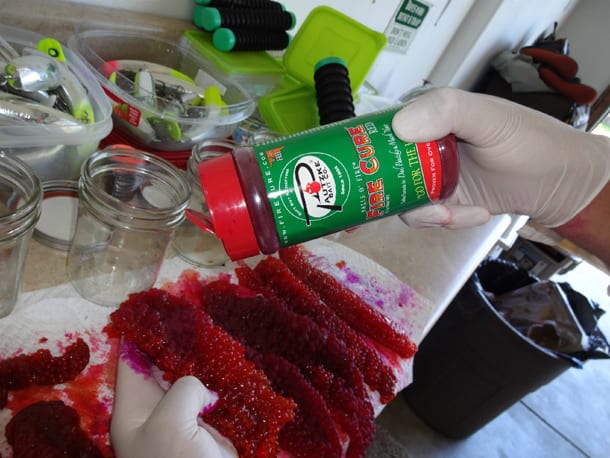 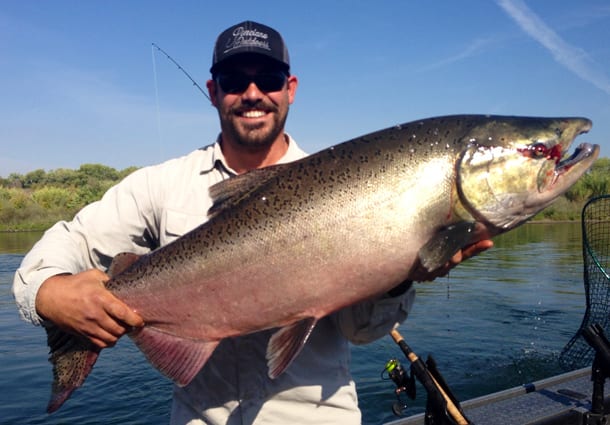