This year has been an extremely tough bite for offshore salmon anglers on the Southern Oregon Coast. Most believe that one of the best shrimping seasons in the last decade has the salmon gorging themselves in 300-400 feet of water and 12-15 miles off our coastline. While commercial boaters have been doing well, at times, these depths are too deep for effective sport angling. Those of us that just have to fish have turned our attention to the excellent lingcod and bottom fishing on the Southern Oregon Coast.

Fortunately, the offshore fishery is not our only game. Rogue River Bay is consistently kicking out salmon as water temperatures have soared to near 80 degrees inland. These fresh kings move into the bay and hit the wall of hot water causing them to move in and out with the tides. Anglers have an excellent chance of catching a quality king as they stack up waiting for cooler water. It’s likely this scenario is happening up and down the coast.

Along with good salmon fishing come crowds and the challenge of figuring out how to differentiate your bait from the gauntlet of anchovies spinning in the water column everywhere. Most anglers troll bait. Our gear consisted of a four-rod spread of Rogue spinner bait rigs armed with fresh six-inch anchovies. (The exact same rig everyone else in the Rogue Bay uses.)

Meanwhile, a simple trick using “dispensed” Liquid Krill started a flurry of hookups for us that caught the attention of many that trolled around us.

Historically, our standard trolling rig consists of a spreader rig that slides on the mainline in case the slider gets caught in the net while landing a fish. It occurred to us that this device could also be used to dispense Liquid Krill into the water column with a few adjustments and knowing how big of krill eaters these salmon so we opted to try it. 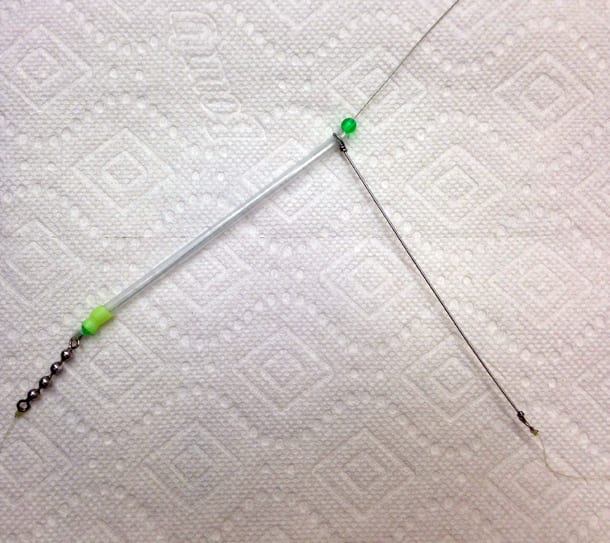 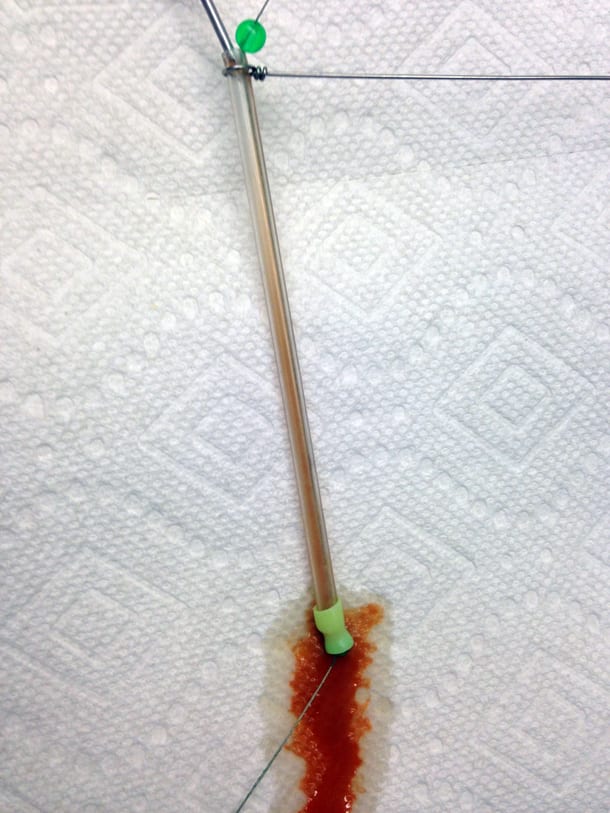 Notice in the two photos (above) that if a bead is inserted into the chain swivel end of the spreader you set up a “leaking scent trail”. The tube can be replenished with Liquid Krill each trolling pass using an injector made for the purpose of injecting scents.

Now consider four of these on your jet boat spread leaking Liquid Krill while trolling quality six-inch anchovies 4-5 feet behind the spreader. What ensued was utter pandemonium! 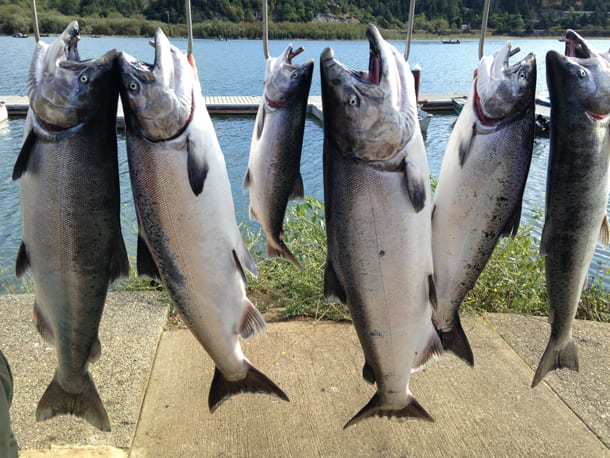 In my experience the best techniques are those that have simplicity. Here we are using what we already have. The only detail is that the inner diameter of the bead on the terminal end needs to be close to your line diameter so the Liquid Krill is metered out slowly. This technique is easy to employ, inexpensive and highly effective, particularly in a situation where fish have been holding and are reluctant to bite. Liquid Krill can be dispensed effectively, broadly and presents the fish with a scent they have been accustomed to in the ocean. 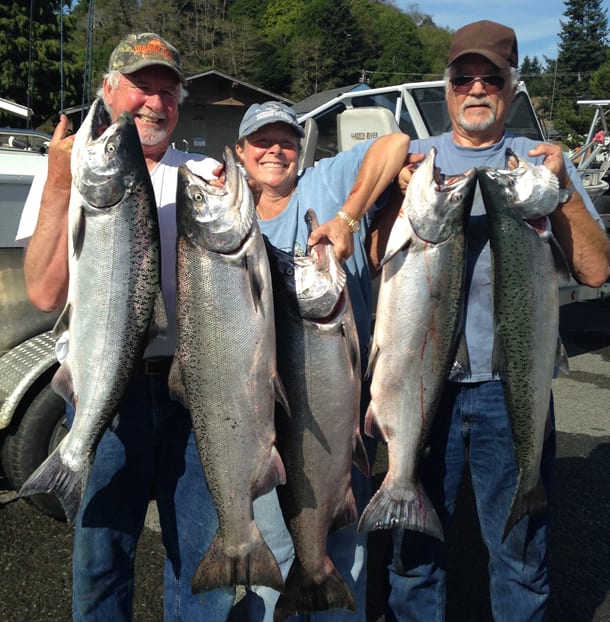 A brace of Rogue salmon caught using this technique

It was once said, “Find the salmon and you will find the people.” Techniques like the one described in this blog can give you an edge that differentiates your presentation from others and there’s going to be a lot of others in Rogue Bay this summer. 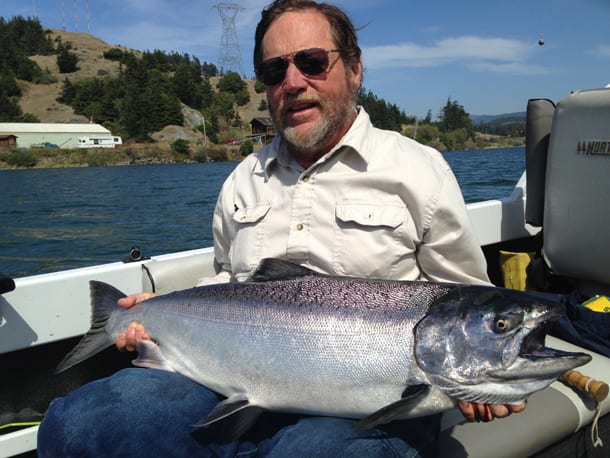