Fishing for silvers was terrible out of Valdez last year. However, this season things are back to normal. One of the best silver runs in Alaska is back on track. We’re nearing the peak of our silver run and things are looking good.

Meanwhile, it’s been a weird run. The silvers came in much earlier than they usually do. We had good fishing in July and then they spread out. Right now we are still finding silvers throughout the Valdez Arm, Valdez Narrows and some near the Port of Valdez.

The next two weeks we should be looking at full limits and you’re going to start seeing larger fish. We’ll get them up to 15-16 pounds. While we don’t know the exact number, returns are expected to be between 500,00 and 800,000 fish. 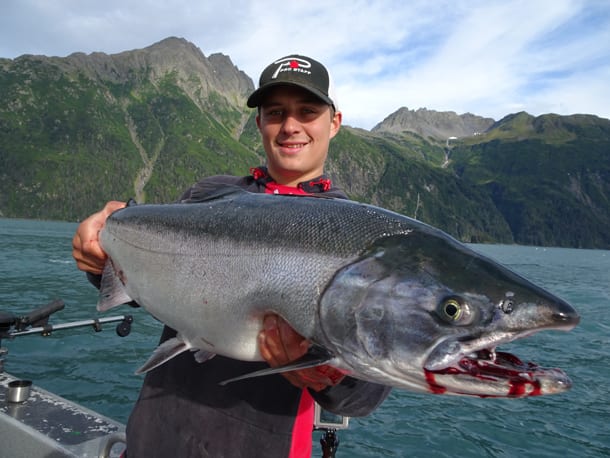 The next few weeks should very good. They don’t let the seiners in until the day after Labor Day. Once that happens sport fishing is done, or at least far more difficult. Until then it will be a great fishery for all of us. This past week some of us have been getting limits in a few hours and others have to work harder. 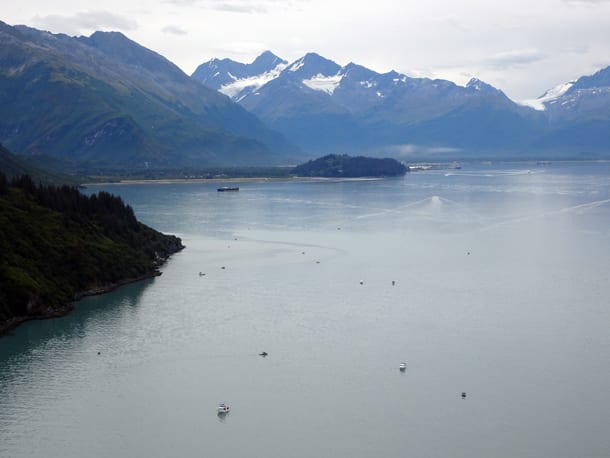 Prior to this year I simply ran herring. However, I’ve been running brined bait all season with very good results. We’ve been running Chartreuse Fire Brine herring daily (with a squirt of Chartreuse Fire Dye in there) and sometimes blue. Those colors are best until the silvers creep closer to port. Once they get within five miles of the Port of Valdez we’ll switch to brining our herring red and pink. Until then, stick with the chartreuse and blue. 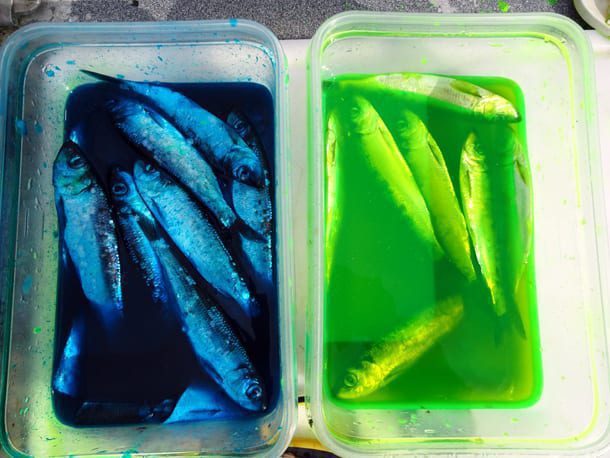 This is a herring fishery. I’m running herring two ways; on a Gamakatsu Two Hook Bait Rig with 4/0 and 5/0 hooks in conjunction with a hoochie and I’m also running Brad’s Super Bait Plugs and stuffing brined herring in them. There’s a lot of guys running spoons, too but we are catching limits on bait so there’s been no reason to drag hardware. 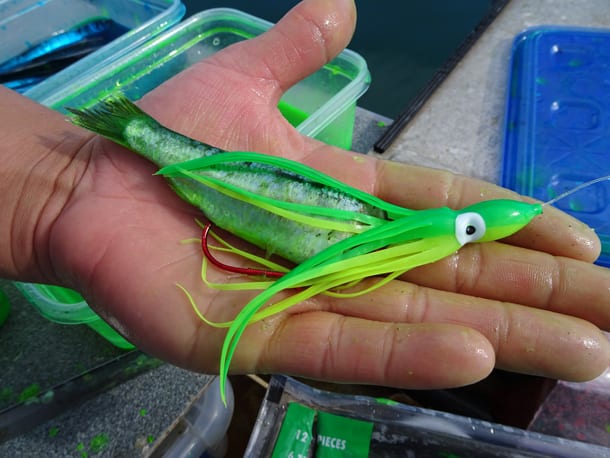 Our fish aren’t leader shy. We use 50-pound Power Pro braid as a mainline. There’s no reason not to. I don’t like loosing fish. I don’t tie a specific length leader line. The line that comes attached to the Two-Hook Bait Rig is sufficient. 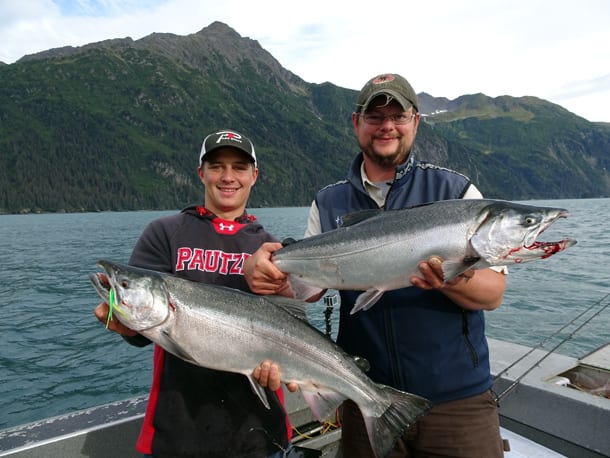 Keep in mind when targeting Valdez silvers time of day doesn’t matter. On the other hand, timing the tides right does. The bite is always slowest on slack tide. Normally the incoming is best, but for some reason outgoing has been the most productive lately. 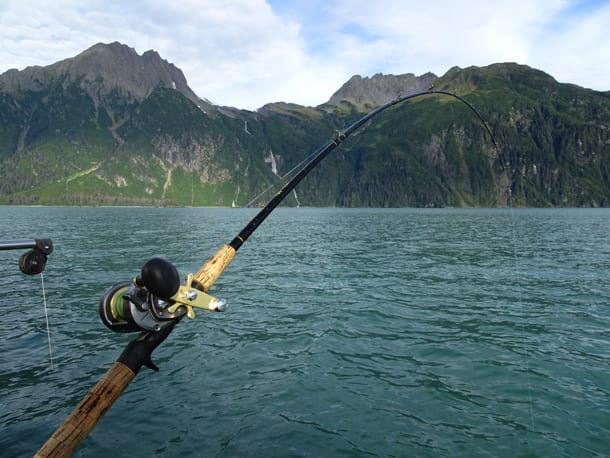