The last two years we were ice fishing our harbors and the lower part of the rivers during Christmas season along the Wisconsin shoreline. This winter, however, we’ve been fishing in warmer weather than we are used to. There’s no ice around and we aren’t expecting ice to form anytime in the near future.

The warmer water kept fishing in October and November slower than we are used to. However, after a long dry spell we finally got some rain (and are expecting more), which drew in a bunch of fresh fish. Fresh browns, rainbows and steelhead will continue to make their way into our harbors and river systems as more rain arrives. Each storm is bringing in more fish. 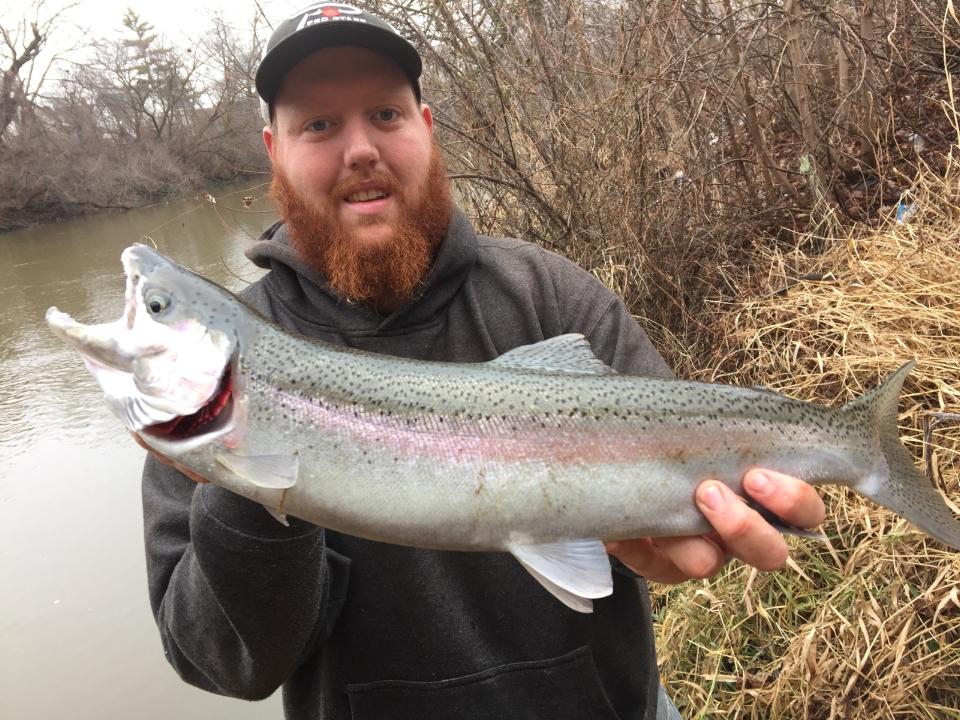 We have a large number of rainbows in the harbor and rivers right now, which is great to see because earlier in the fall fishing was tough. Meanwhile, I attributed the tough bite to warmer than normal water temperatures. While it says winter on the calendar our weather is acting like it’s fall.

While things started off slow, I’m finally optimistic following a few weeks of good numbers of new fish entering our harbors and lower river systems in Southern Wisconsin. We’re finally starting to see respectable numbers of fish on a consistent basis. For the last two weeks we’re been catching five-to-10 fish a trip, which is much better than we experienced in November. 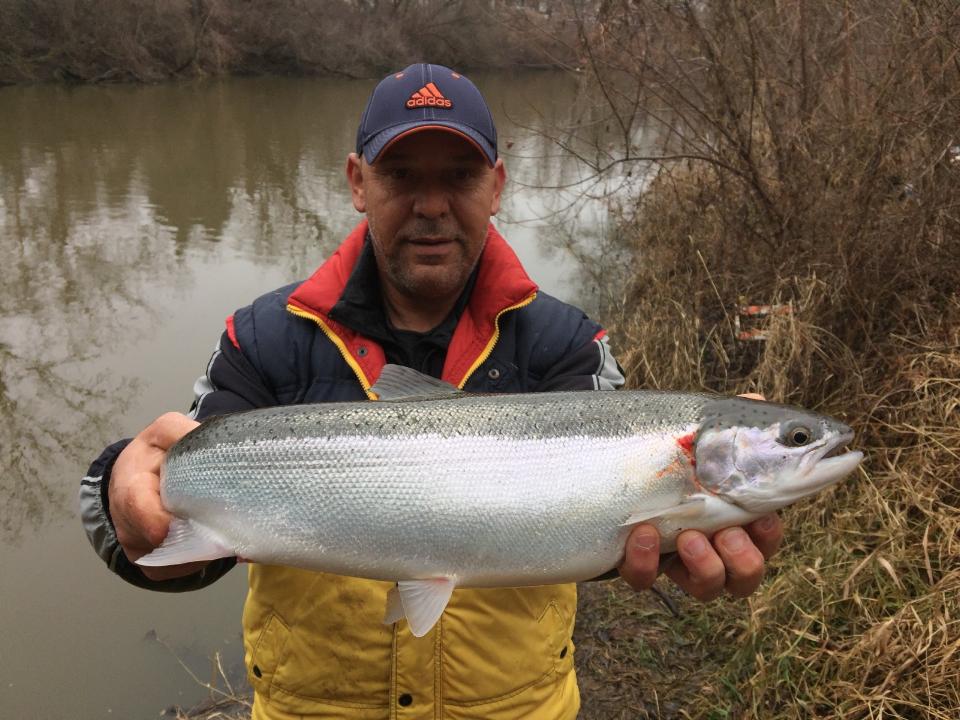 It’s obvious we aren’t going to be ice fishing anytime soon, which means most of us trout and steelhead anglers are going to be focused on the rivers and any harbor connected to Lake Michigan. This includes all major harbors from Kenosha to Sheboygan, a distance of hundreds of miles. Even if you aren’t fishing a large harbor like Racine or Milwaukee you’ll still have trout in all the harbors and creeks along the Lake Michigan shoreline. 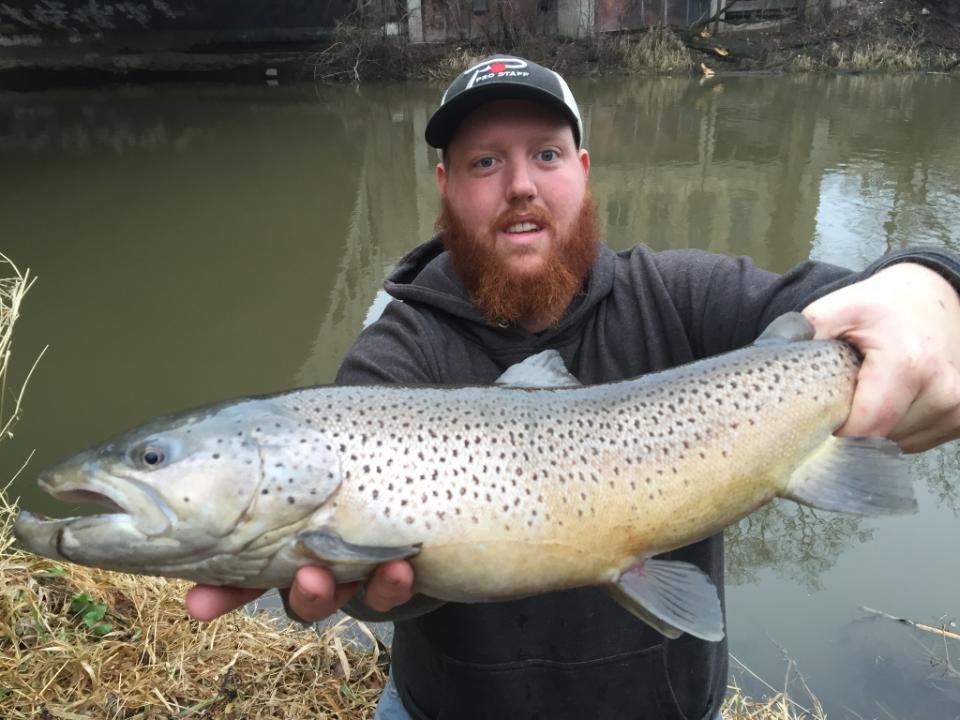 There are two places you can expect to find rainbows, browns and steelhead; in our harbors and the rivers systems, and both will harbor plenty of fish this time of year. When targeting them in our harbors I mainly float fish with smaller presentations. I’ll float fish with chartreuse and pink, dime size spawn sacks filled with Natural BorX O Fire cured steelhead and brown trout eggs. I’m fishing these sacks on 10-pound Stren monofilament line and using a size 6 Gamakatsu single hook. 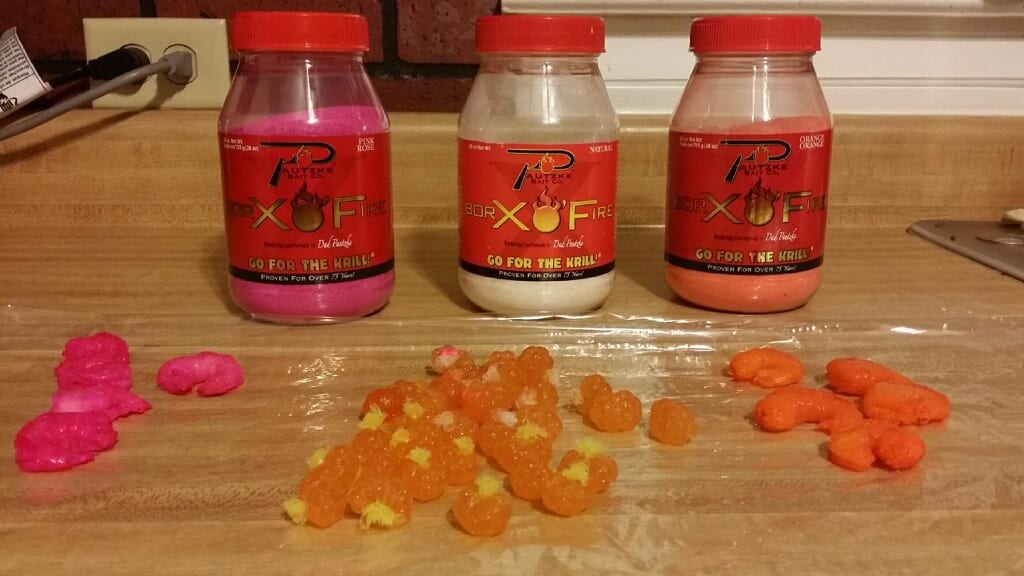 Meanwhile, when I move into the river systems I bulk up my tackle. I’ll switch to 15-pound Power Pro on my mainline and I go to 8-10 pound Vanish fluorocarbon. I’ll use larger sacks, too. This enables the fish to see them better since the water is normally dirtier in the rivers than it is in the harbor. I’ll upgrade to quarter-size and stick with chartreuse and pink spawn sacks.

When I’m fishing in the river I’m looking for a deep hole. Anything three or more feet deep will hold a fish in our rivers. When I’m in the river I’m always using Natural BorX O Fire cured eggs. If the water is crystal clear they don’t like a lot of color. On the other hand, the last few years drifting shrimp has become popular. I’m using small pieces of cooked shrimp that are cured in Pink or Orange BorX O Fire. Many guys are catching on to this technique.

Size is down compared to year’s past, but it’s still kind of early. I think fish-wise we’ll start to see larger steelhead in February. Right now, the rainbows and steelhead are averaging 3-6 pounds, whereas our browns are running 5-10. We haven’t seen the huge fish migrate in yet. 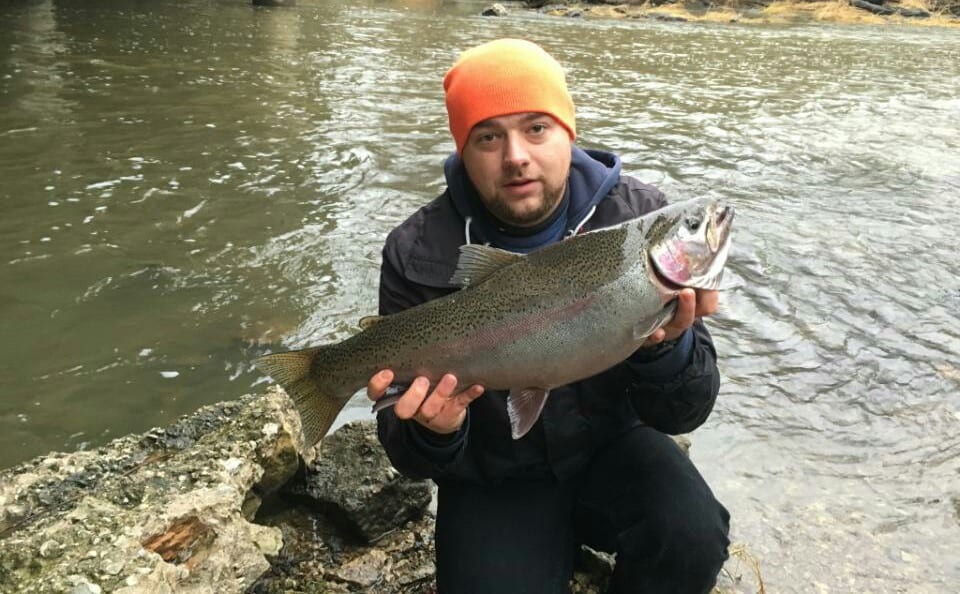